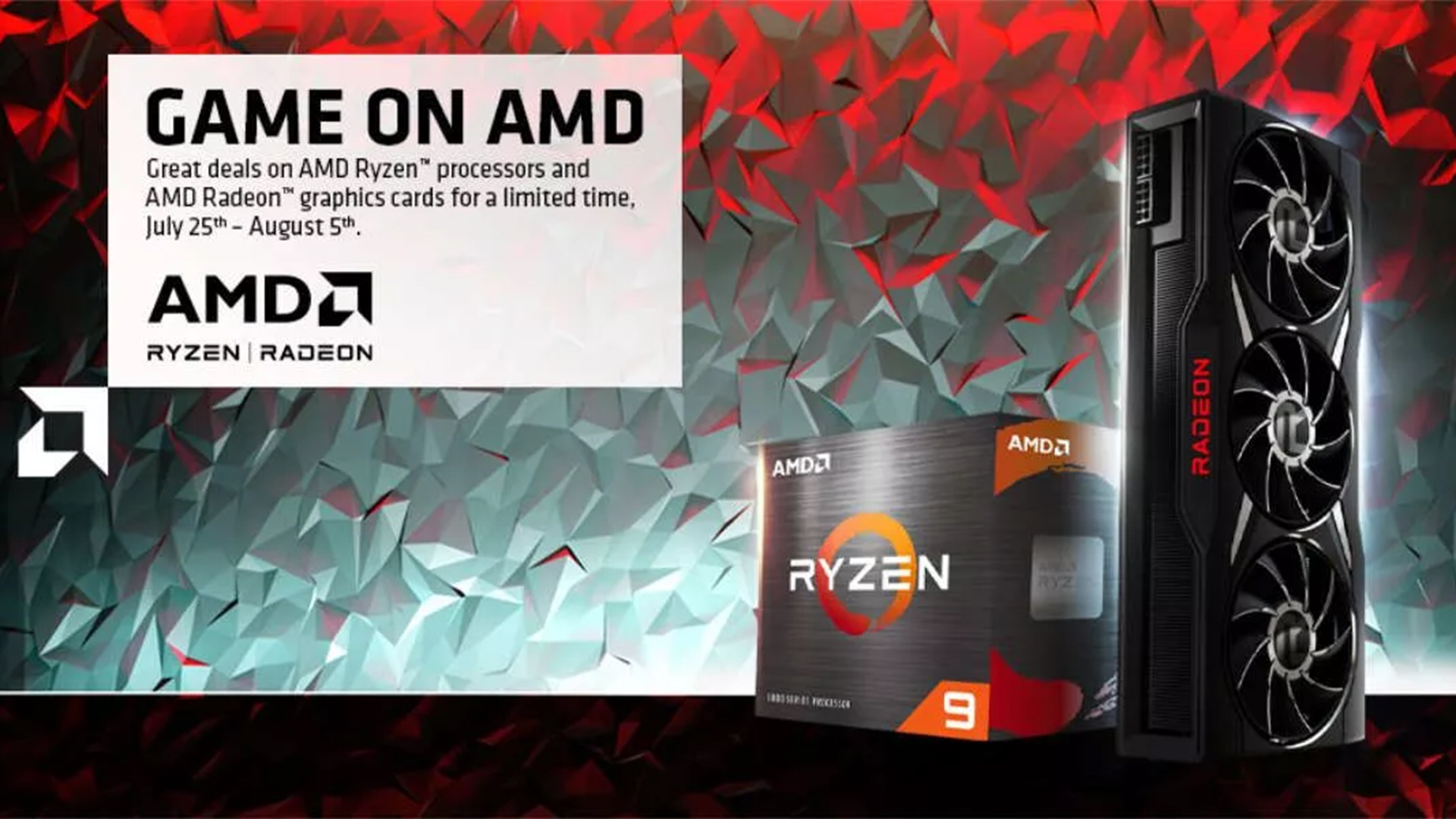 AMD has launched a limited-time sale event called GAME ON AMD, which offers gamers around the world great deals to help get them on the latest and greatest technology to power their games. The event, including several announcements through August 5, features savings on numerous AMD products, including eligible Radeon RX 6000 Series graphics cards and Ryzen 5000 Series desktop processors.

AMD products offer numerous features and capabilities to take gaming to the next level, including:

On top of the great GAME ON AMD savings, gamers who purchase eligible AMD Radeon RX 6000 Series graphics cards or eligible Radeon RX 6000 Series powered desktops and laptops from participating retailers can take advantage of the AMD Radeon Raise the Game and Radeon Raise the Game: Fully Loaded bundles, offering up to an additional $180 value with copies of up to three exciting titles with their purchase.

You can find the full list of GAME ON AMD Radeon and Ryzen deals HERE.