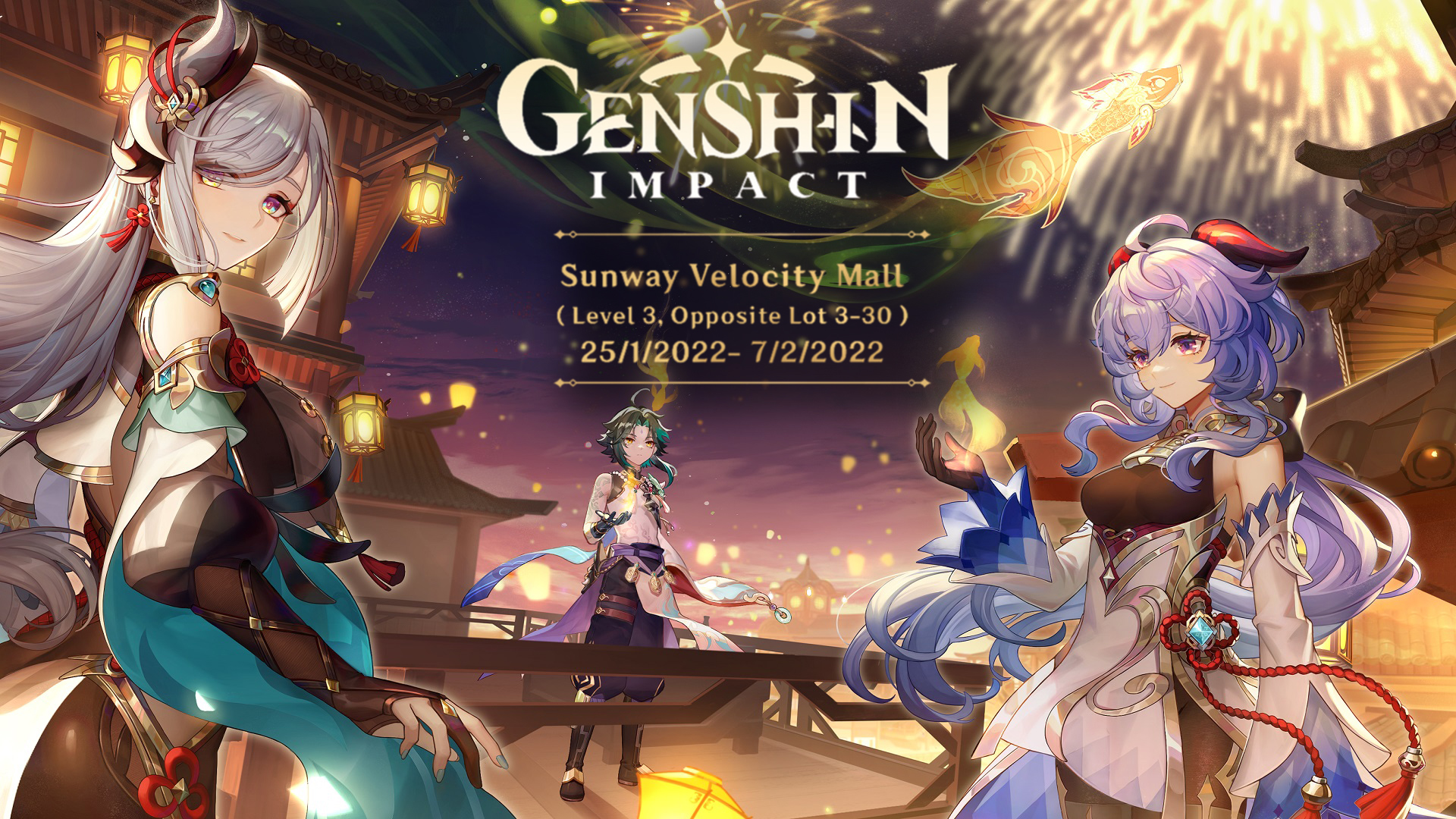 Ad astra abyssosque adventurers. Genshin Impact will be greeting fans and future players via an on-ground event at Sunway Velocity Mall, at level 3 (in front of Myung Rang) from 25th January until 7th February.

Visitors can expect several fun activities at the booth which includes chances to win Genshin Impact merchandise, such as postcards and coasters. For those who want their pictures taken with Genshin characters, there will be cosplayers and character standees as well. The theme and design of the physical booth are inspired by one of their in-game nations, Liyue. Genshin Impact invites old and new friends alike to have fun at its pop-up booth during this festive season.

Genshin Impact is an open-world action role-playing game that is available for mobile via Apple App Store and Google Play Store, PlayStation 5 and PlayStation 4 consoles and PC.