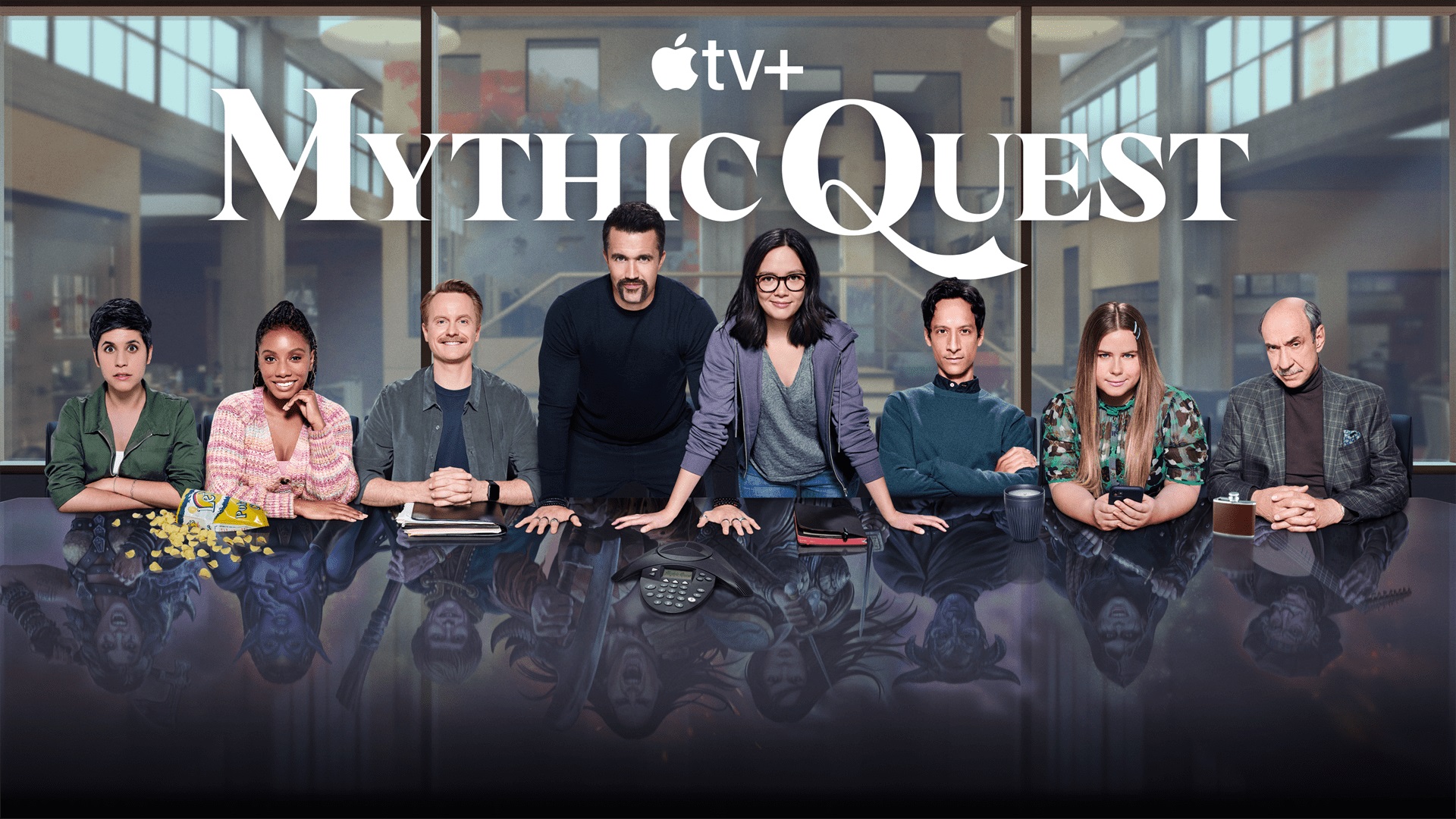 Apple TV+ has announced a season three and four pick-up of “Mythic Quest,” the hit sitcom from creators Rob McElhenney, Charlie Day and Megan Ganz, which has been hailed by critics as “hilarious and endearing,” “a ton of fun,” and “the best workplace comedy on TV.” McElhenney, who also stars, shared the news in his signature comedic style with a video featuring fellow Apple TV+ star and Emmy Award-winner Jason Sudeikis (“Ted Lasso”), and Academy Award-winner Sir Anthony Hopkins, who recently earned a Primetime Emmy Award nomination for Outstanding Narrator for his guest star role in the “Mythic Quest” special, “Everlight.” Boasting a 100% Certified Fresh score on Rotten Tomatoes, the series is set to open the writers’ room for season three later this year.

BREAKING: Big announcement from Sir Anthony Hopkins and Jason Sudeikis (and Ron something) #MythicQuest is returning for Seasons 3 & 4 pic.twitter.com/OugCaIWwjv

“Just like critics and audiences all over the world, we fell in love with Rob and his team’s sharp writing and full-of-heart, relatable characters that make up the world of ‘Mythic Quest,’”. “We can’t wait for viewers to see what’s in store in the upcoming seasons of this brilliant workplace comedy.”