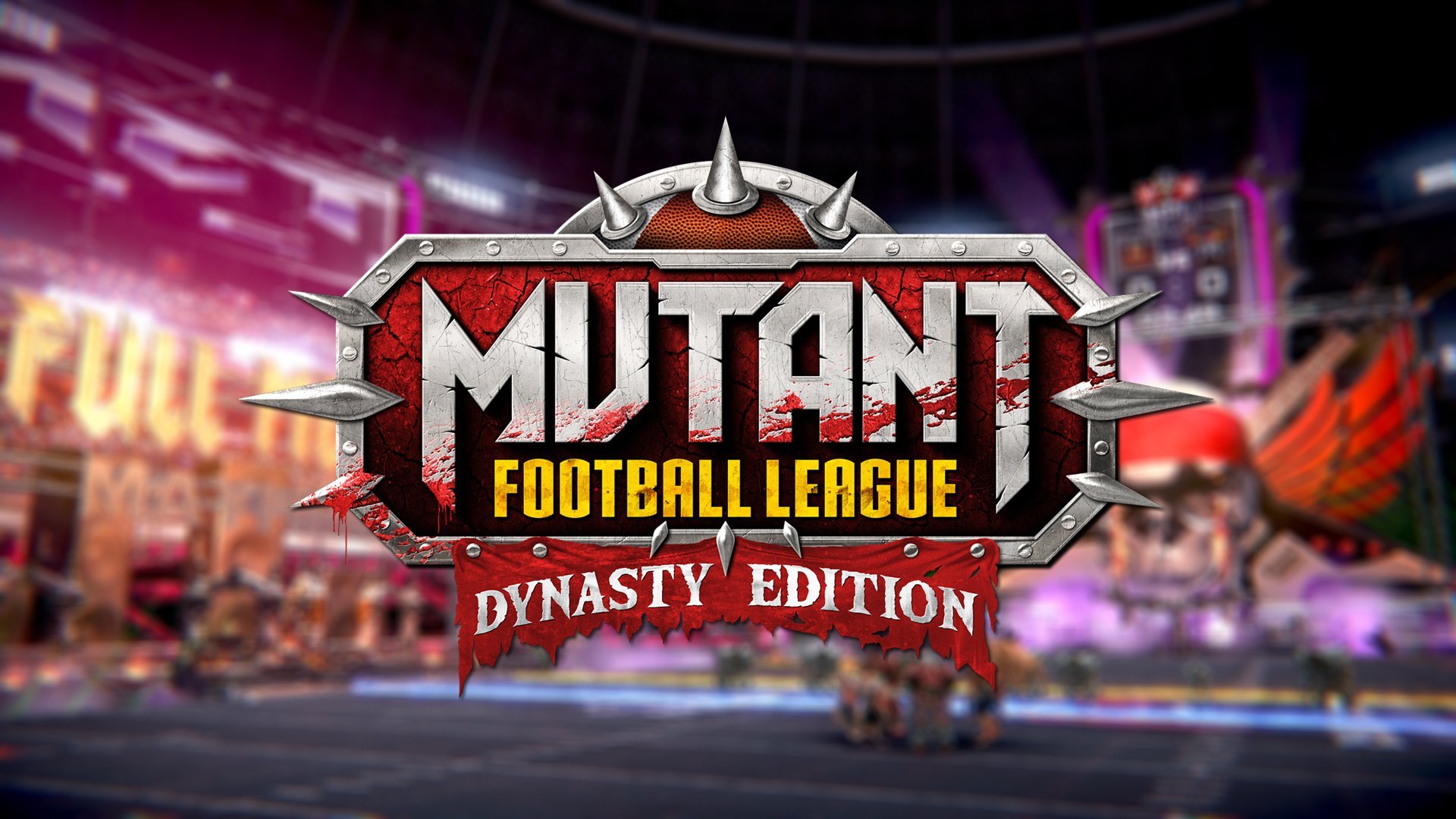 So full disclaimer, I am not and never will be a fan of American Football and that is not for a lack of trying. To me as violent or exciting as it always seems to be, I just could never get into it. That brings us to today where I was asked to write a review of this game. Keeping an open mind, I decided to jump in try out as much of what the game had to offer.

I do feel that it is equally important as well to know a little about the game’s development so here is a little background information. Mutant Football League is a reimagining or a spiritual sequel to the original Mutant League Football that was released back in 1993 on the SEGA Genesis. The original designer of that game Michael Mendheim is also the one who launched a Kickstarter in 2013 but it failed to reach its goal. Luckily, his vision did manage to come to fruition and here we are today.

Just to get it out of the way this game looks like it came from the last generation. It’s not super ugly but it also doesn’t look as good as it should. There is really a lack of polish that is expected from games that have come out this generation. I mean I do know that the game is about Mutants, Werewolves, Skeletons, Demons, and etc playing American Football but it would be great if it was one of the better-looking ones. It’s funny how it looks better in screenshots rather than in motion. There were numerous screen tearing issues as well. 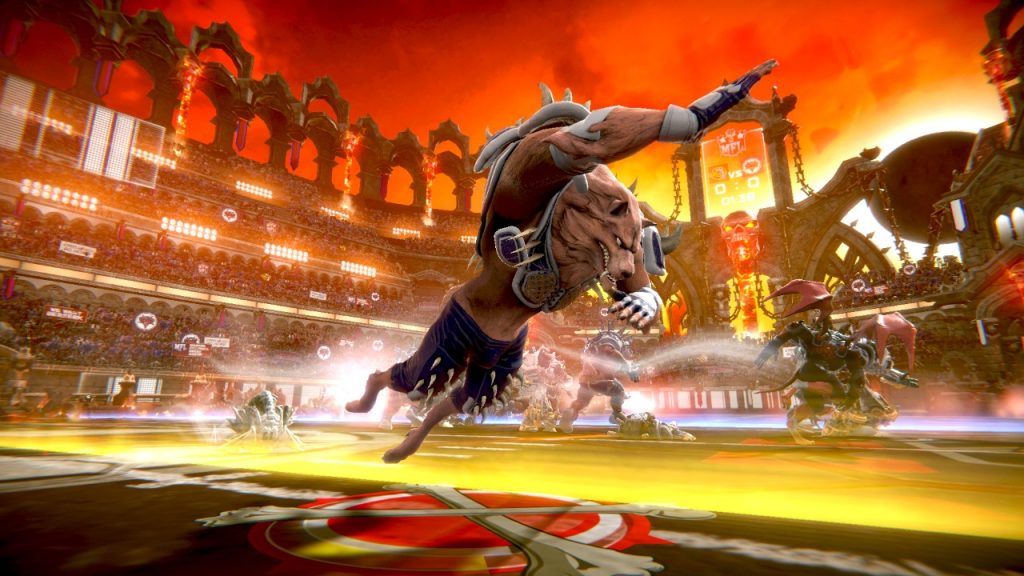 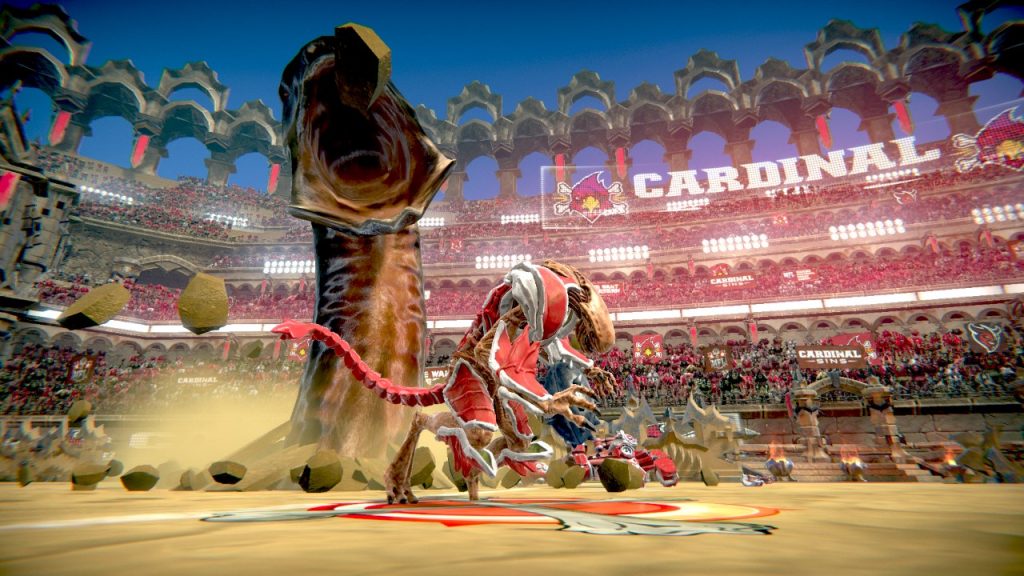 One of the brighter spots in the game is the presentation. While booting up the game you are greeted by a disclaimer that explicitly states that this is a parody so with that the game pokes fun at itself a lot. This results in a mixed bag honestly. Sometimes it can come to hilarious effect but most times it does come off as too try hard and even cringey. Commentators do occasionally blurt out the funny line but after a while I kind of just tuned it out. I would say though that menu screens are simple and to the point. Teams and players do have hilarious names such as Full Metal Mayhem & Grim Day Attackers which is an obvious play on real NFL team names. 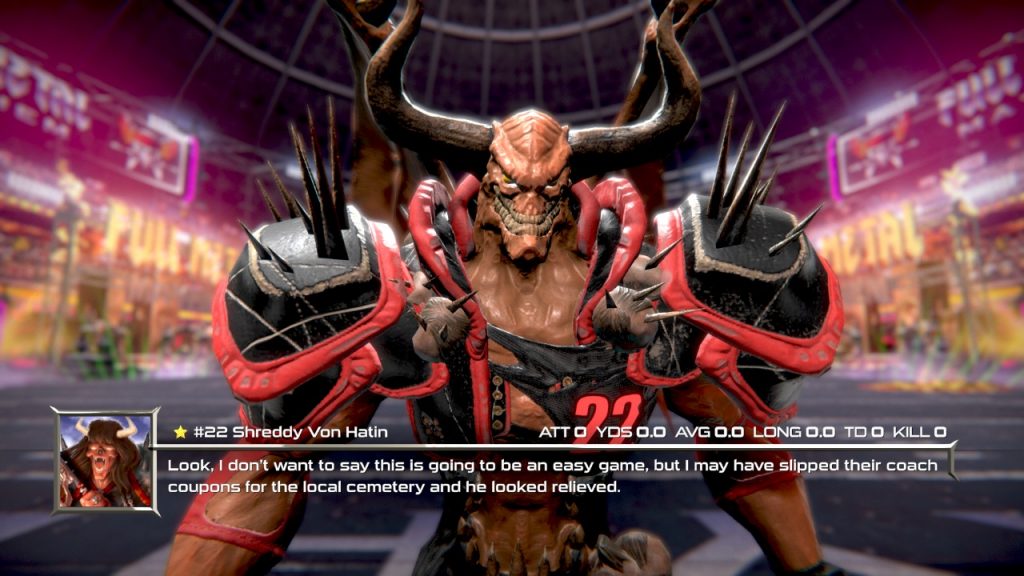 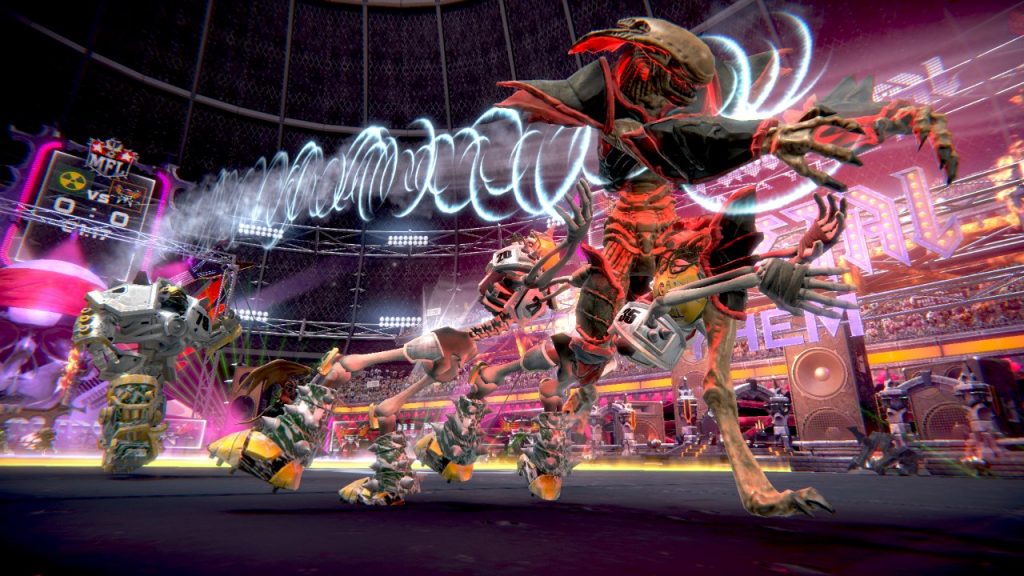 The game is divided into the Play Now feature where you can jump right into a game or play up to 4 players locally. There is also online play but during my time I did not manage to find an online game at all, it just kept searching for a game. Funny enough, while I was playing another mode there was a random message saying someone online is looking to play. There are also other game modes such as the Training Camp where first-timers will be taught the basics on how to play the game. Practice Mode where you can practice getting better, Playoffs where you can select a team and try to win the Mayhem Bowl, and lastly Season mode where you can pick a team and try to go through the season with the aim of winning the Mayhem Bowl. The most interesting mode would have to be the Dynasty Mode where you will take an average team and try to turn them into championship winners by the end of it. It acts as a sort of General Manager mode where you will oversee budgets and recruiting to improve your team. You can also upgrade and improve individual players to get them better and resurrect dead ones. Yes, you read that right on the playing field your players will die because the opposing team will do their best to kill them. Besides that, there will also be buzz saws, mines and other traps that serve as additional challenges to avoid on the field. Players will also get the chance to use Dirty Tricks which are advantages such as a chainsaw or shotgun to kill the other team to get the upper hand against the opposing team but fair warning the same can happen to you as well. I do not know much about American Football, but the playbook was simple and easy to understand for me as well to call out offensive or defensive plays. 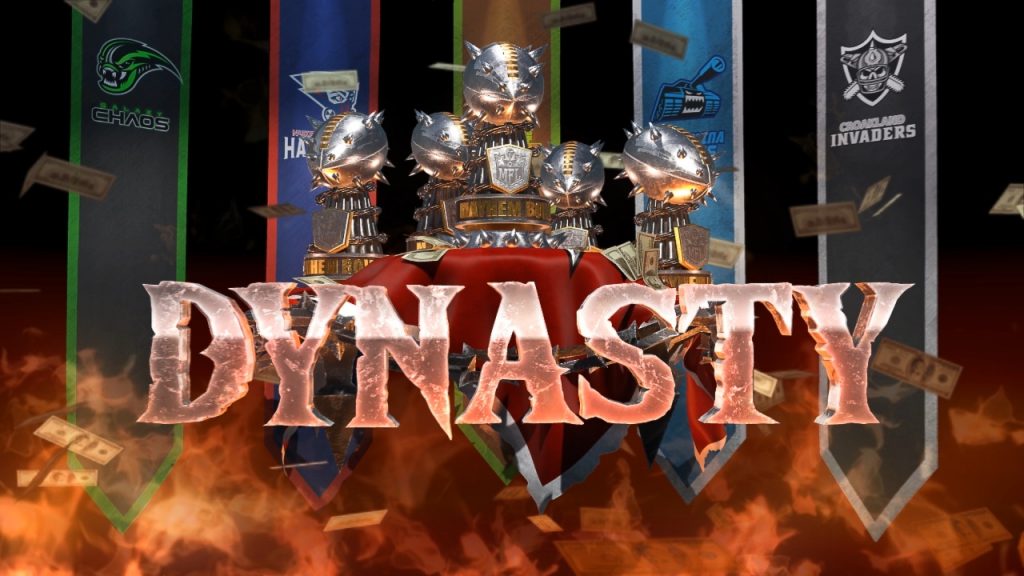 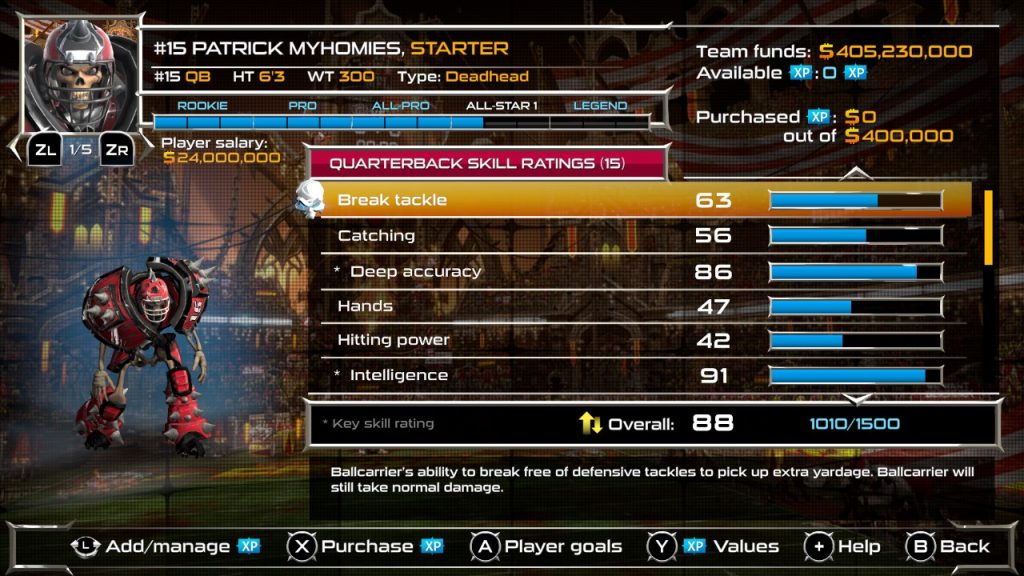 I came in with an open mind and even though I was not a fan of American Football it doesn’t mean a great game can’t make a fan out of me. Unfortunately, this game is not the one as I found it forgettable after a couple of hours. I would imagine someone with a pre-existing interest in American Football would appreciate the gameplay that has been presented but I do feel that for newcomers like me it would be a hard sell. It’s not a completely terrible game but it’s just one that fails to be more inspiring. I think it’s pretty damning that when I tried to google the last great arcade-style American Football game and came upon a Wikipedia article that featured all similar games throughout the years and Mutant Football League was not even on the list.