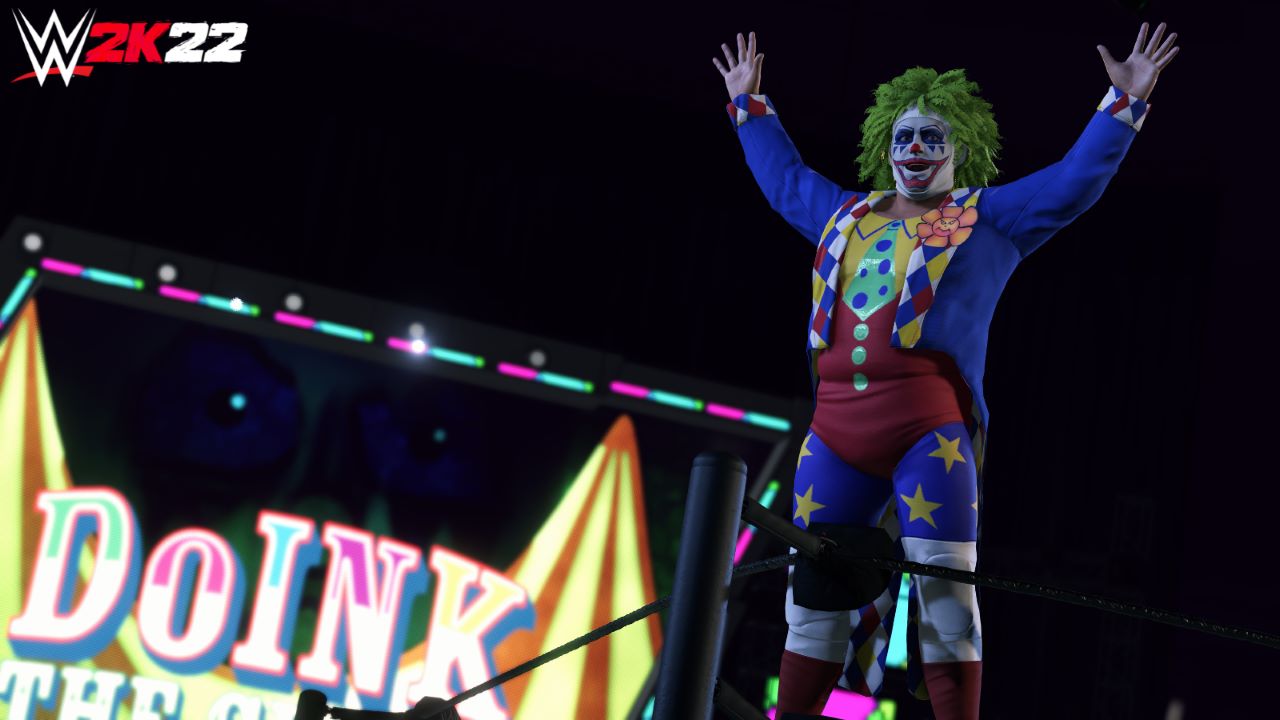 WWE 2K22 Clowning Around Pack Is No Joke

Have a few laughs and make your opponents tap out with the WWE 2K22 Clowning Around Pack, available today. The fourth DLC pack* is headlined by Doink the Clown, one of the most colourful Superstars in WWE history, alongside the “Baddest Woman on the Planet” Ronda Rousey and pop culture icon Mr. T. Also included in the pack are The British Bulldog, Doudrop, and Rick Boogs. All six Superstars also come with MyFACTION EVO cards, which can be upgraded through gameplay in the MyFACTION game mode.

A fan-favorite making his WWE 2K franchise debut, Doink the Clown menaced Superstars in the ring with a combination of silly pranks and grappling expertise. On a far more serious note, Ronda Rousey is a former mixed martial arts champion and star of movies and TV, whose WWE accolades include Raw Women’s Champion, SmackDown Women’s Champion and 2022 Women’s Royal Rumble winner. Known for his toughness and unique style – incorporating gold chains, feather earrings and a mohawk haircut – 1980s pop culture icon Mr. T cemented his WWE Hall of Fame status by teaming with Hulk Hogan at the very first WrestleMania and battling Roddy Piper at WrestleMania 2. The British Bulldog is also a WWE Hall of Famer, as well as a former WWE Intercontinental Champion, two-time European Champion, two-time Hardcore Champion, and two-time Tag Team Champion. Rounding out the pack and making their WWE 2K franchise debuts, Monday Night Raw’s Scottish sensation Doudrop brings pure power to the women’s division, while Rick Boogs has made a name for himself with his rock star persona, shredding the guitar on SmackDown.

The Clowning Around Pack is available for individual purchase, while the full set of DLC packs is included with the Season Pass, Deluxe Edition, and nWo 4-Life Digital Edition of WWE 2K22.

* Clowning Around Pack is included with the Deluxe Edition and nWo 4-Life Digital Edition of WWE 2K22 and is included as part of the WWE 2K22 Season Pass. Also available for individual purchase. Base game required.