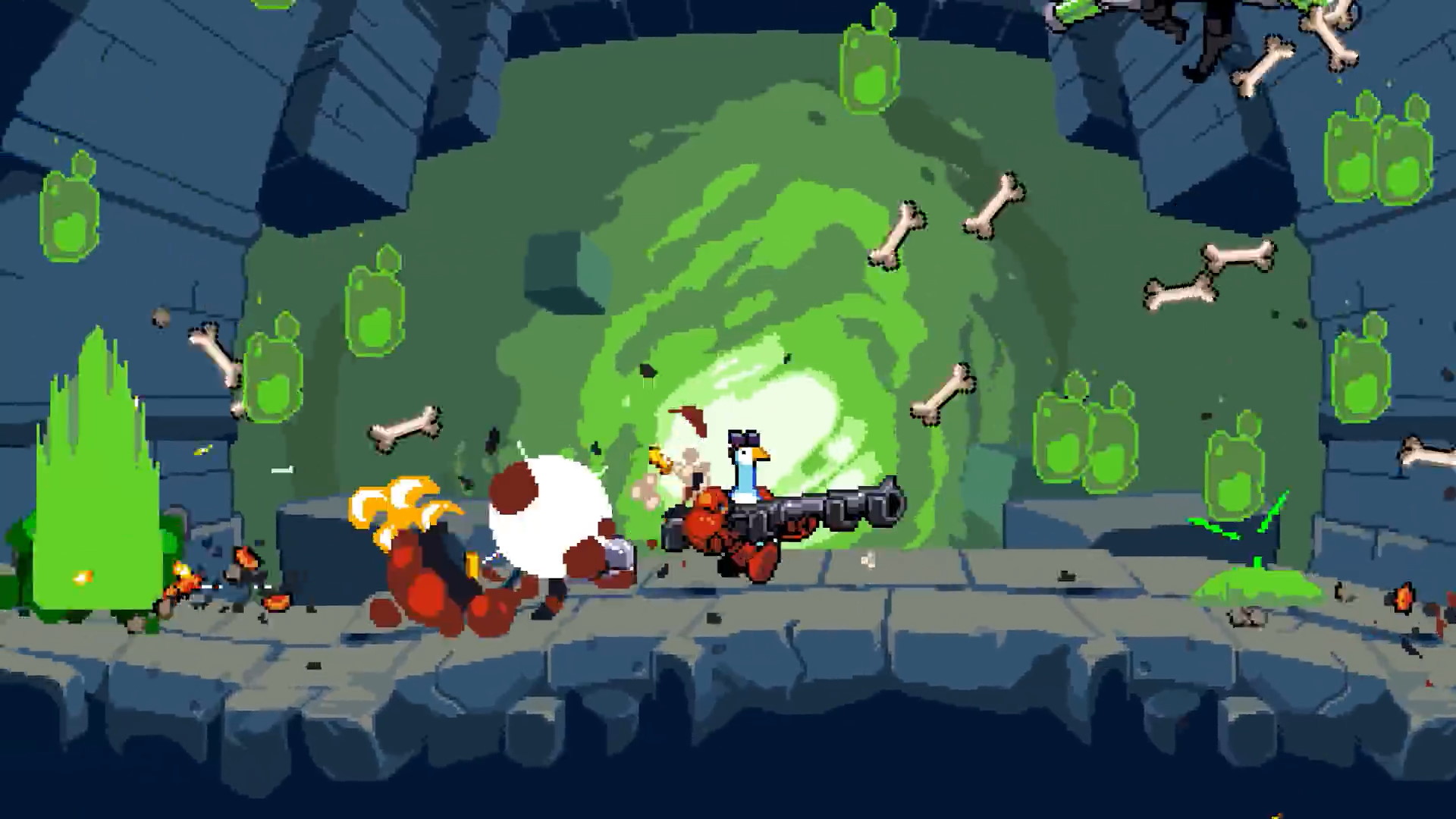 Unleash the Honkslaught as Mighty Goose is coming on June 5th

Mighty Goose, the over-the-top, run-and-gun, titled goose game is developed by Blastmode and published by PLAYISM. Gear up on June 5th, 2021 as the game releases on Nintendo Switch, PlayStation 5, PlayStation 4, Xbox One, and PC via Steam.

Mighty Goose is a fast-paced run & gun shooter starring a bounty hunter Goose. Use epic weapons and devastating war machines to battle against screen-filling bosses and hordes of enemies!.

Traveling the galaxy, hunting down evil. This is the life of Mighty Goose. One of the galaxy’s most credited bounty hunters!

At the core, Mighty Goose is a tight side-scrolling run & gun shooter that will test your skill, timing, reflexes. Building upon that solid arcade base, the game adds a ton of crazy weapons, war machines, upgrades, and secrets.

Assume the role of Mighty Goose and bring the fight to the Void King. This galaxy conquering monarch commands a vast army of minions and mechanized monsters. Dealing with these baddies means traveling to distant worlds and facing all kinds of dangers. But not to worry, this is no problem for the legendary Mighty Goose!

Starring a goose bounty hunter, you must use weapons, massive machines and goose wit to battle the Void King!!