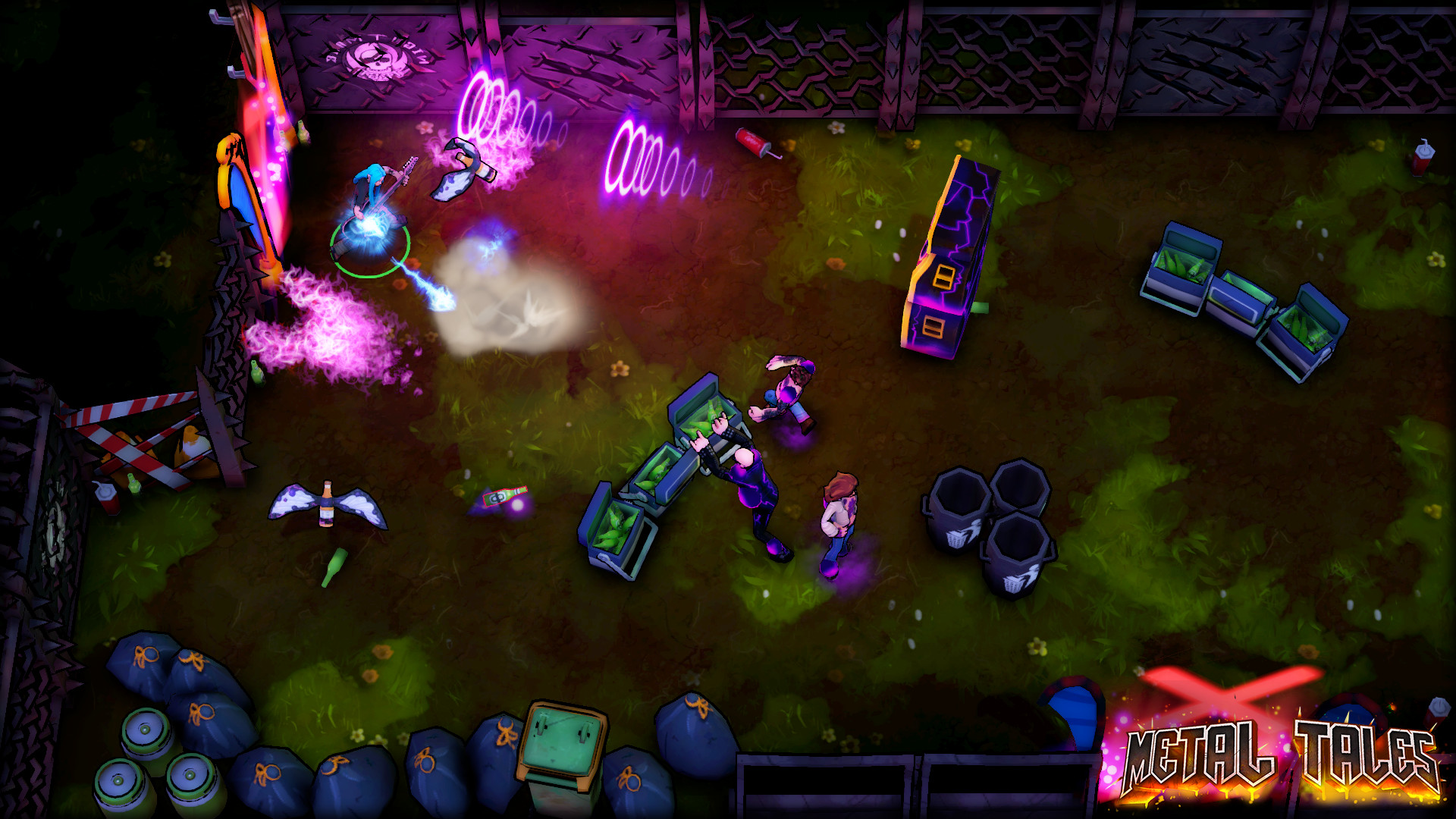 Zerouno Games stormed the stage of the crowdfunding campaign for Metal Tales: Overkill console editions on its very first day, helping the project to reach its goal within eight hours. Selected by Kickstarter as a “Project We Love,” the campaign is currently building toward the third stretch goal which adds support for macOS and Linux platforms, and it will end on Friday, January 1st.

Featuring a head-banging OST with music from international bands, Metal Tales: Overkill is an action-adventure game where Metal and Adrenaline clash to give you the ultimate 3D roguelike guitar-shooter. Will you manage to defeat all the metal gods, save the world, and become a metal god? Check out the Kickstarter.

Metal Tales: Overkill is slated to launch on PC in early 2021, and the crowdfunding campaign for Nintendo Switch, PlayStation 4, PlayStation 5, and Xbox editions features several excellent bonuses for head-banging backers.

Music featured in the game include songs from:

In Metal Tales: Overkill, the God Kuk has possessed all the guitar gods, and through them, the metalheads. Through infinite concerts, his legion of metalhead zombies is wiping out every original creation of the bands and their fans. Fight against the looming curse affecting your Metal brothers and free them from an ancient evil. Plan your path and play as you want with procedurally generated levels that will change the game every single playthrough.

3D guitar shooter brings the asteroid-style shoot em up to PC in 2021, Kickstarter campaign up for console release