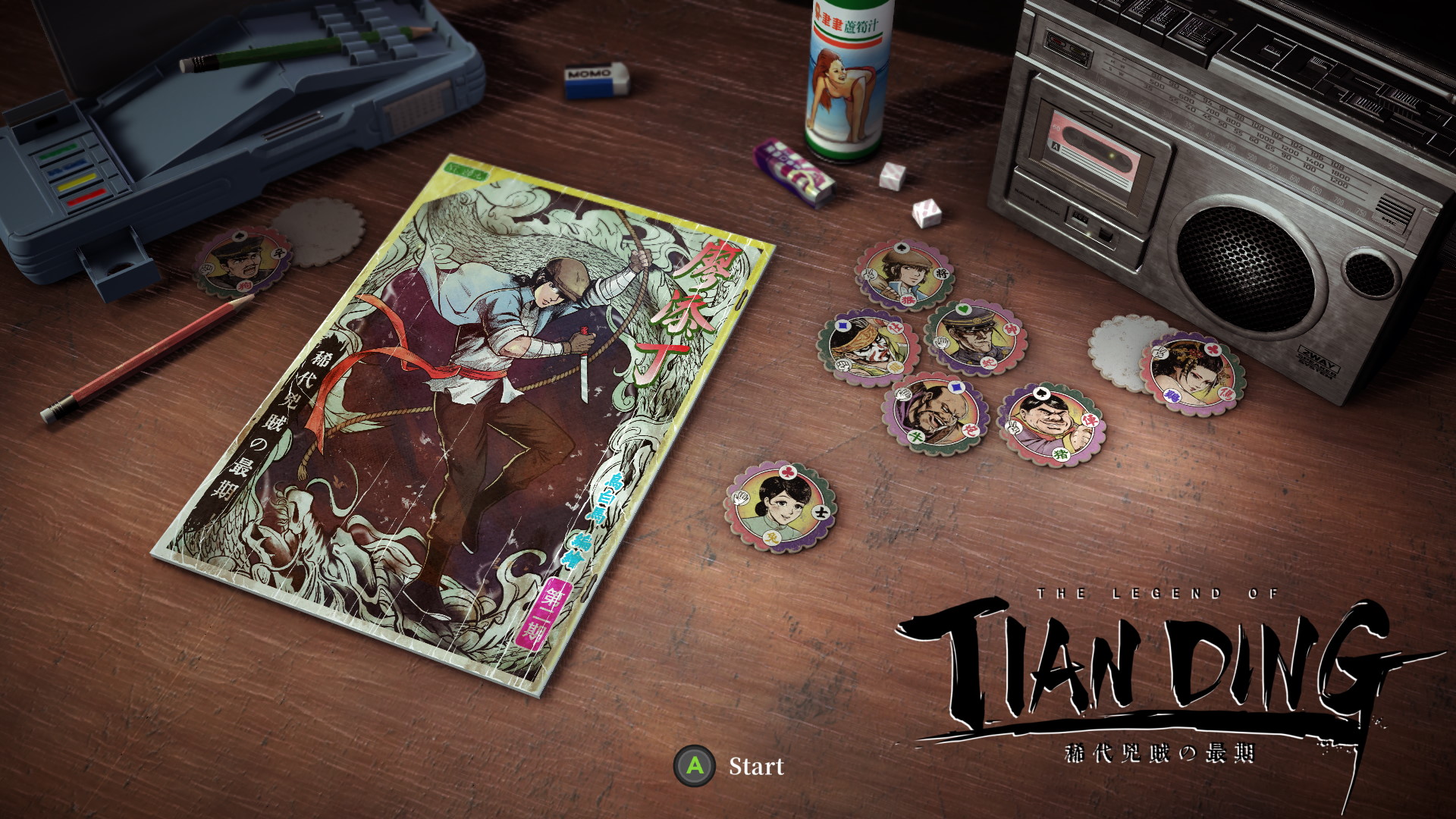 The Legend of Tianding Review – A Mediocre Legacy

When I was young, Hong Kong-based/inspired comics such as Old Master Q, Monkey King, and Ironfist Chinmi have always been a staple entertainment for me during my regular visit to the barber shops. Flipping through the pages as a young boy, my imagination runs wild on what comes next in the storyline leading to the next book; this form of manhua art style has always been part of my childhood.

As soon as I saw this game, The Legend of Tianding, I was also intrigued by it since it is a 2D platforming traditional Chinese Manga style, that is seldom utilized. To me, the gameplay design is similar to an old game titled Comix Zone, while the story locale setting looks like one of my favourite manga, Ironfist Chinmi, and the gameplay fighting moves are reminiscent of Bruce Lee’s. Inspired by real events, the game has you playing as a Robin Hood-like character called by Liāu Thiam-Ting with kung fu skills set in early 20th-century Taiwan at a time when the police, assassins, and bandits are harassing the population. In terms of the game’s storytelling, The Legend of Tianding lacks 3D cinematic and animation, it makes up for that by using comic strips slap in between cutscenes and gameplay. While the illustration contained emotion-filled art strokes from comic strips, it also interestingly blended well with the gameplay in the background at certain points of cutscenes as well. However, this does not reflect in the exploration mode in the city hub of the citizens of Taiwan interacting with each other.

Songs in this game are playing opera oriental flares of music accompanied by multiple instruments including traditional Chinese instruments such as Erhu, Piano, flute, Chinese Ruan, and Liuqin based on my hearing. These songs nudge me into a nostalgic feeling of watching traditional Bruce Lee, Wong Fei Hung, or those old-fashioned kung fu flicks. During gameplay, there is also a grandma and grandpa street performer who sing in the background about the main character as shown below. Voice acting in the game is fine, and it’s distinctive with Taiwan dialect, but gameplay-wise, it’s inconsistently few and delivered mostly in texts instead.

The song list is mild yet decent enough to nudge me to smell Chinese Temple incense thanks to the nostalgic value it conveys but maybe that’s my PC heating up. In sum, this song conveys a unique blend of oriental themes – a gentle Chinese opera with a hint of modernity.

The UI design in the game is basically an old Chinese comic book that in itself is comically unique but nitpicking wise, I wish the transitions between submenus could be made via turning the page rather than immediate skipping to the next.

Gameplay-wise, Tian Ding can double jump, dodge, slash with attack buttons, and deliver a one-inch punch or kick with a Special Move button. Besides the Grapple Hook and the wall jumps which appear janky, everything else is fine with the main character’s movesets and movements as they appear smooth in transition and without lag. Unfortunately, there are four elements of the game design that can make it better, namely the level design, side quests, skill design philosophy, and weak enemy AI.

First off is the AI for the enemies. There are only two types of enemies: melee and ranged, be it police or bandits. The melee fighters can only rush and attack you directly in a short distance which is fairly predictable while the range gun wielders aim with a red line first before shooting which adds another form of predictability. Both of these are still present in both easy and hard modes and throughout the gameplay. Personally, I think these AI factors are only needed at the beginning part of the game as a warm-up and should gradually be ramped up with hard-hitting attacks that are less predictable so that there are still some challenges throughout. The game does mention higher military units and assassins later on, but they serve as story-driven material only, not to add to the current police and bandits unit – it is unfortunate, as Tian Ding has too many movesets that cannot be countered by the units mentioned above because of predictable factors.

Furthermore, Tian Ding accumulated too many move sets at the early stages of the game, making the game easier than it should be. Most moves are easily located since the kung fu books are clearly laid out on the main quest path. This also renders earlier given moves practically useless or unexplored further, such as a grappling hook to swing around the playing field. These kung fu books should be earned as part of the side quests from the citizens themselves to make them even more valuable.

There aren’t enough sidequests to flesh out the city and its people in this game, as all I see is the sewer fetching quest, which the UI fails to indicate whether it is from revisiting the actual sewers or replaying the sewer chapter of the game. As a result, I didn’t bother to check out most of the sidequests this game has to offer.

For level design, when I learn new moves and the game drops me into a tutorial stage to practice the said moves. Earlier on, it was thrilling as there were plenty of potential traps to one-inch punch an enemy into a wall of spikes from one map to another or just use a sash to spin push an enemy to a spike trap for an instant kill.

Though exciting at first, the overall gameplay is more like a super smash bros stage design, with generic enemies coming after you with predictable attacks. As well, Tian Ding’s skills and attacks do not improve to be stronger or more versatile, much like the enemy types themselves, which remain essentially unchanged.

It’s exciting enough to fight the first boss with good-level designs of turret guns and traps aimed at the main character, but the bosses at later stages are just designed plainly for players to dodge and attack after recognizing their attacks, which is pummeling lacklustre.

What I Thought Could Be Better

Truth be told, I really wanted this to work out because of how unique the designs and settings are but unfortunately, the gameplay overall felt really lacking with copied and pasted templates from the early interesting stages littered with some enemies slightly tankier than the rest. It feels good to visit Taiwan at first but it lacks the follow up to retain my interest – more in why the designers chose Taiwan in the first place without elaborating more on the food, the local cuisine, the culture, the art, the people, the kungfu philosophy, their inner backgrounds and works to make it an actual meaty Gua Bao 20th-century Taiwan and why it’s worth fighting for it.

All of the settings and cultural elements are already placed without much thought on the surface level in hopes players know all of this beforehand when playing the game, which shouldn’t be the case. As wonderful as it sounds with its unique design and creative concepts, it shouldn’t abandon ways to elevate the whole experience further.

The Legend of Tianding punches out a release date trailer