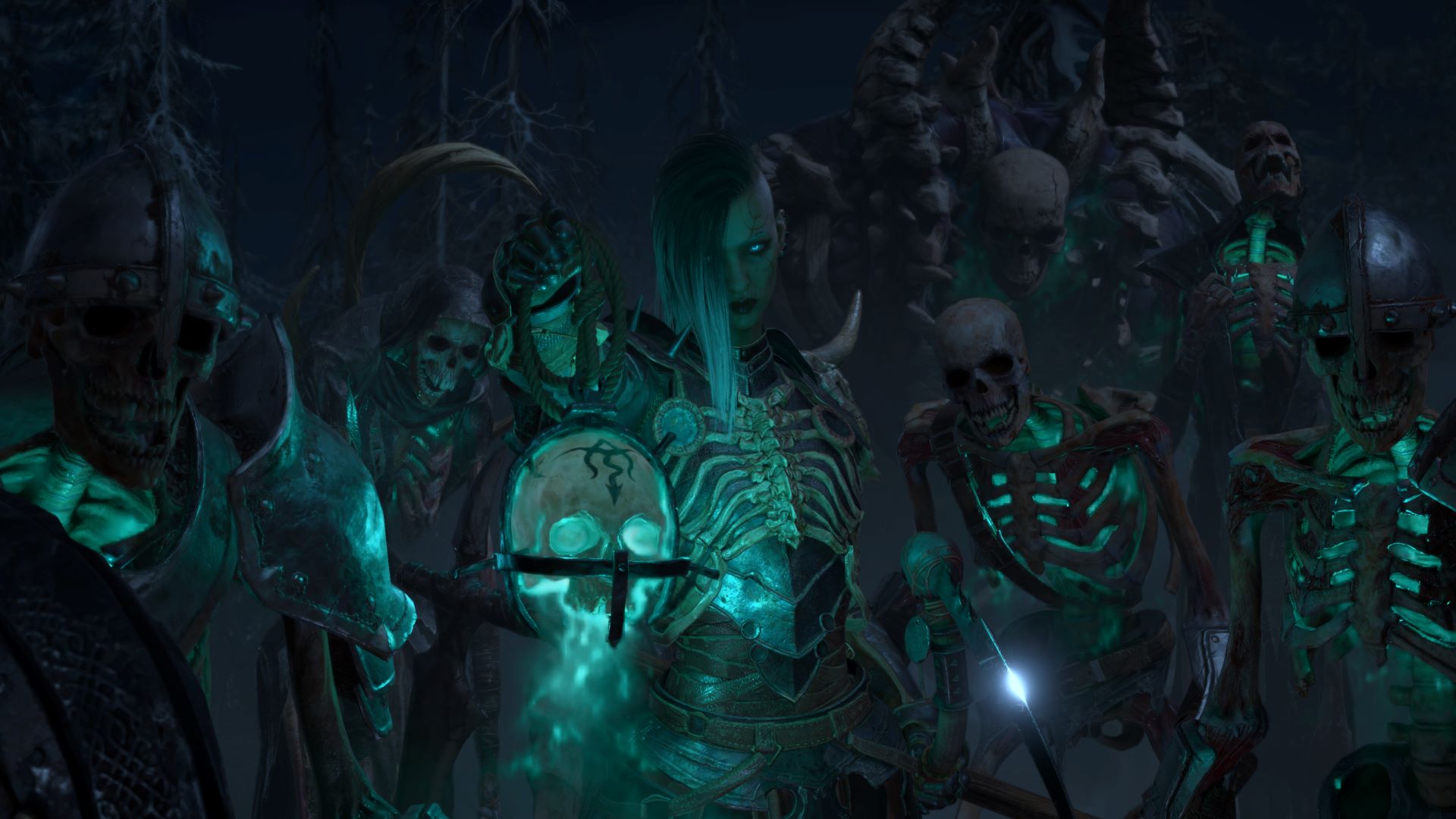 SOMETHING HELLISH THIS WAY COMES!

BACK FOR THE DEAD

Joining alongside the Barbarian, Sorceress, Rogue, and Druid classes in the battle to save humanity is the legendary Necromancer, the fifth playable character class, which returns with newly designed undead mechanics. Players will be able to utilize the Necromancer’s Book of the Dead, an all-new ability allowing them to dominate the battlefield with deeper customization of their undead army than ever before.

Diablo IV’s version of Sanctuary is huge, and it’s rife with opportunity for adventure. In the world of Sanctuary, decades have passed since the events of Diablo III: Reaper of Souls, and Lilith, the Daughter of Hatred, is determined to rule once more. Character customization in the game is richer and more extensive than ever, and players will be able to let their curiosity guide them to play their way: