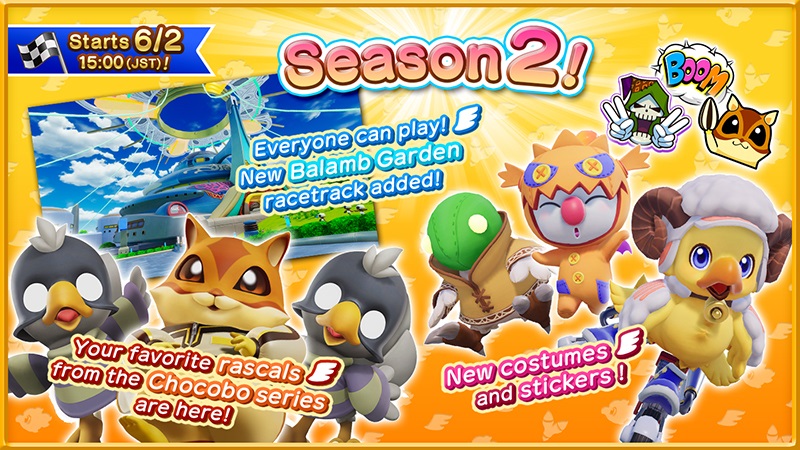 SQUARE ENIX CO., LTD. announced that the Second Season of Chocobo GP mode has been released for Chocobo GP, a thrilling kart racing experience set in the Chocobo universe for Nintendo Switch.

Chip and Kwackeys Join the Second Season of Chocobo GP Mode!
Chocobo GP mode offers seasonal events lasting roughly two months, which allow players to earn prize scores during the season to level up their prize level. Various prize rewards can be obtained at different prize levels. In Season 2, Chip from Chocobo’s Mystery Dungeon and Kwackeys from Final Fantasy Fables: Chocobo’s Dungeon will join the race and both characters will be available as a price level reward for players who have purchased the Prize Pass. Online Multiplayer Mode Now Playable On Free Lite Version!
Lite version players can also participate in the Online Multiplayer mode from Ver.1.1.0 update. They can now join lobbies created by players who have purchased the full version of the game and play the race together.

Outriders Is Free To Play On Steam Until June 24th