Techninier Sdn Bhd, a leading mobile social gaming and eSports platform provider has finalized the Axiata Game Hero Grand Championship as 48 players from Malaysia, Indonesia, Bangladesh and Cambodia competed in a 2-day finale of the championship held on the 21st and 22nd December at the Kuala Lumpur Convention Center. 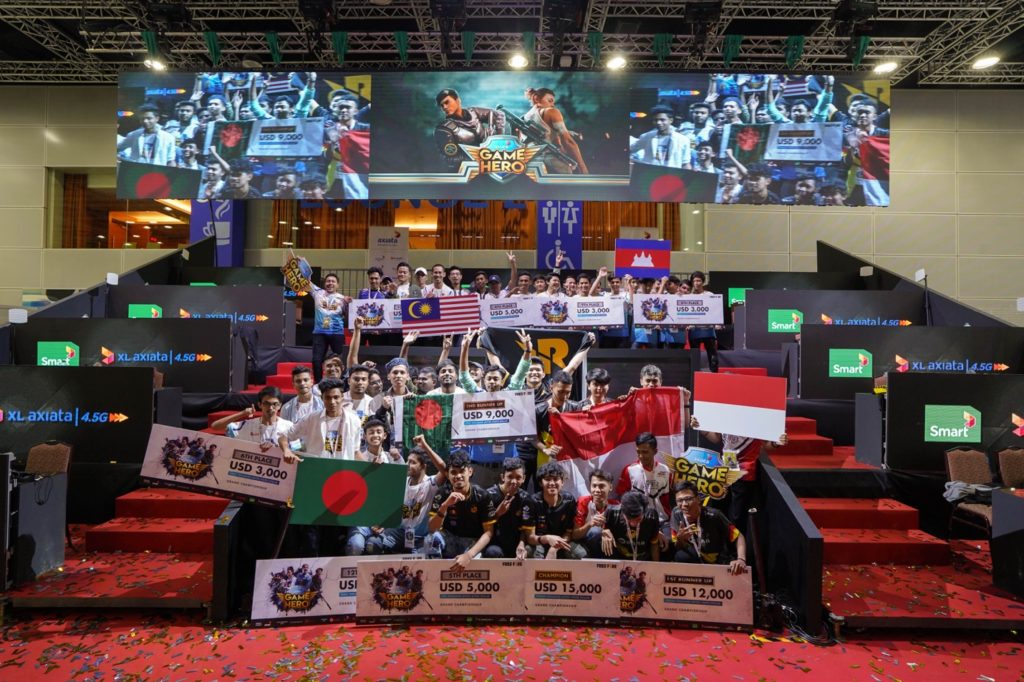 The highlight of the tournament was Garena’s Free Fire. We see a team of four players who go head to head with other teams of four in a battle royale and see who is left standing at the end. Preliminary rounds for the tournaments were held earlier from May till the 31st of October and the top three squads from each participating country were then flown all the way to Kuala Lumpur for the Grand Championship to win a share of the RM500,000 in prize money.

After several rounds of live matches, RRQ Hades from Indonesia emerged victorious among 12 participating squads which let them bring home a grand cash prize of RM65,000. Techninier CEO Dato’ Lion Peh and Axiata group strategy and marketing division Assistant VP Aravin Kumar presented the cash prizes to the winning squads. Axiata Game Hero will be back for a second season in 2020, with more exciting challenges and interested players can stay tuned for updates on Axiata Game Hero Season 2 by visiting their website here.