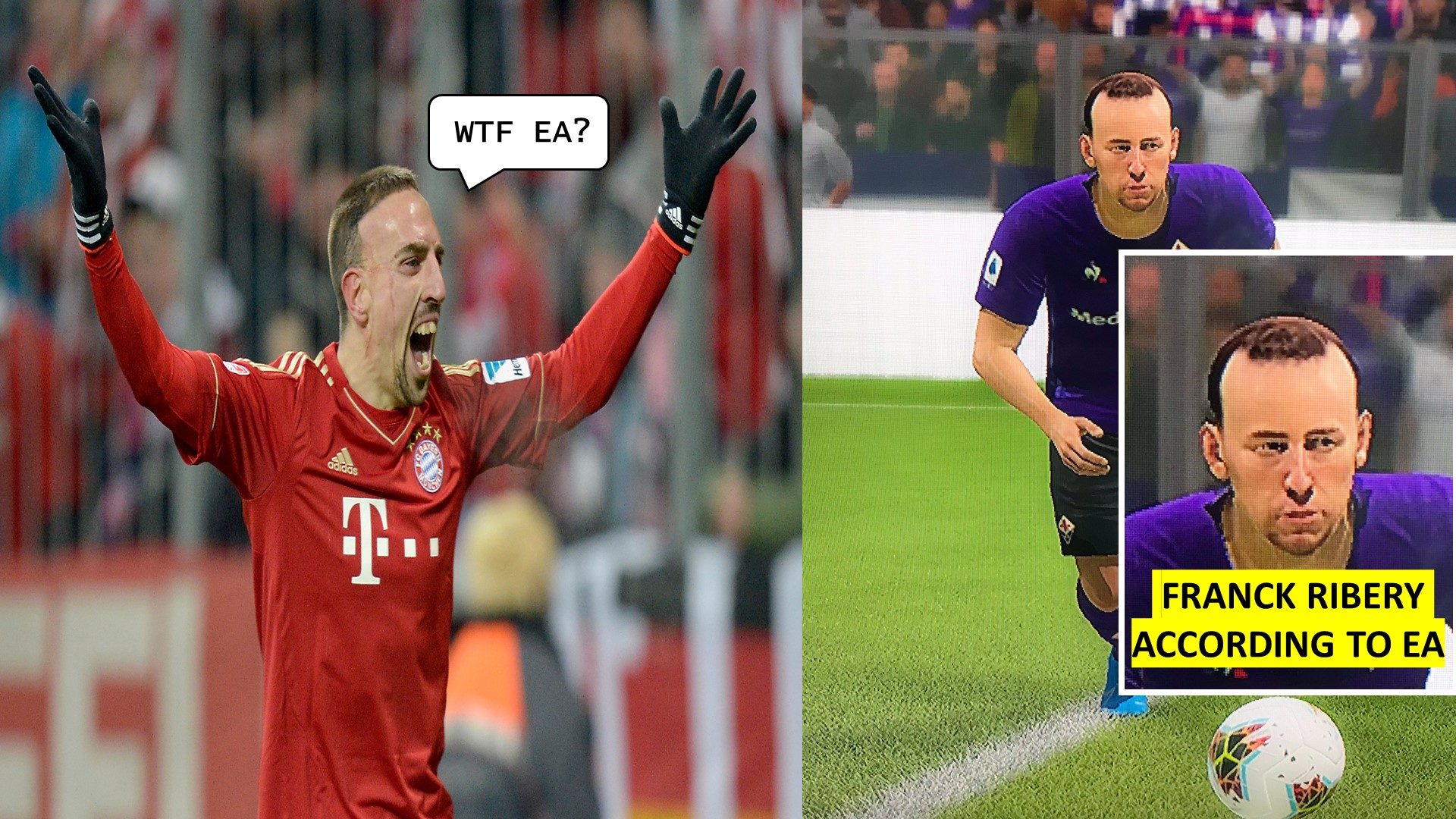 Let’s just assume you are a professional footballer playing in one of the most competitive leagues in the world and there’s a video game about Football that comes out every year with you in it. You would probably feel excited to check yourself out – stats, looks, and whatnot, it’s only normal.

But imagine, if you are Franck Ribery, and you see yourself looking like this while playing EA’s latest FIFA 20 with your kids…

Amused after seeing his own character in FIFA 20, the former Bayern Munich star quickly took it to his twitter account to take a jab at EA for their poorly done character modeling that didn’t resemble anything like him at all.

Played #FIFA20 with my kids not long ago. ?
Hey @EASPORTSFIFA…Who is this guy? ??? pic.twitter.com/fjCBjO4FOx

While it can be easily remedied by EA if they want to, there’s no confirmation yet at this point if they would. They really should though.

Well, Franck, at least yours is a video game character model problem. It’s easy to fix. Christiano had it worse…

Zozihttps://bunnygaming.com
Whenever he is not taking care of his daughter at night he would fire up his PS4 and grill some RPG games. He also had a stellar career as a Football Manager that not many people knows, he won at least 5 English Premier League titles, 5 Champions League titles, 2 Bundesliga League titles, 1 European Championship cup, and at least 2 World Cups. The lack of publicity on his success can only be attributed by his low profile approach to life and the fact that those awards were won in the FIFA football game.

Geoff Keighley's Summer Game Fest 2020 will be having a special coverage on Twitch. The live-stream will have exclusive content from a number of...
Read more
News