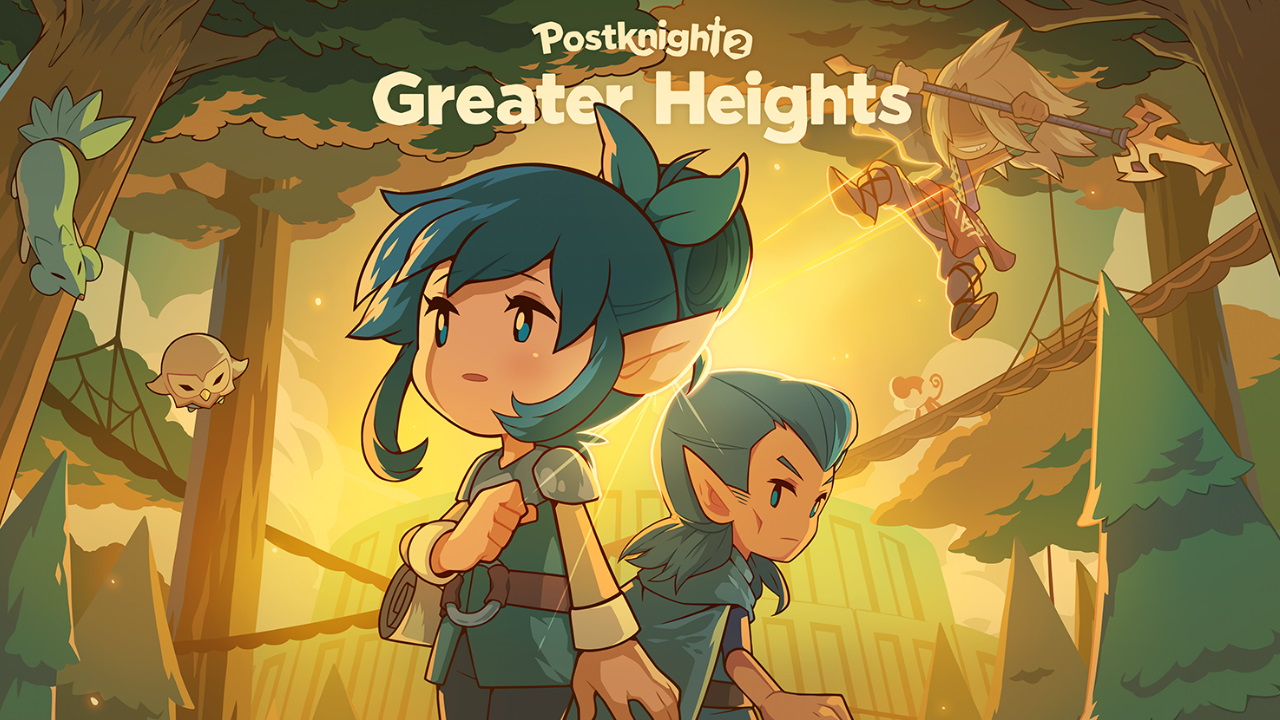 Kurechii, the developers of Postknight 2, have been hard at work for the next major update: Greater Heights! Players can begin anticipating the new country of Quivtol, the home of the wise Aegles.

The game will see two separate patches. The first patch comes with version 1.3: The Treetops of Sagacia, which will be released on August 2nd, 2022 on mobile Google Play and App Store. Followed by version 1.4, The Fortress of Regalle on September 20th, 2022.

🤩 Are you ready to see what's in store when the ⭐ #Postknight2 Greater Heights Major Update ⭐ drops? Let us take a sneak peek at what's to come! 👀

What feature are you most excited for?

New challenges and adventures to experience in the Greater Heights update.

Help Larielle establish a new Postknight Branch by venturing through the lands of Quivtol: the battle-scarred treetops of Sagacia Forest, and the towering crystal walls of Regalle City.

Endeavour to gain the trust of these wary Aegles, and build the courage to fight the forsaken memories of a hidden past. Experience the grounds of this new country, and gain an experience worthy of becoming a Rank-S Postknight.

Understanding them may keep the peace between our two nations. Would this information prove vital in the near future?

What Aegle facts would you like to see next?

From Malaysia’s Based Game Studio, Kurechii, Postknight 2 Is Now Out Globally