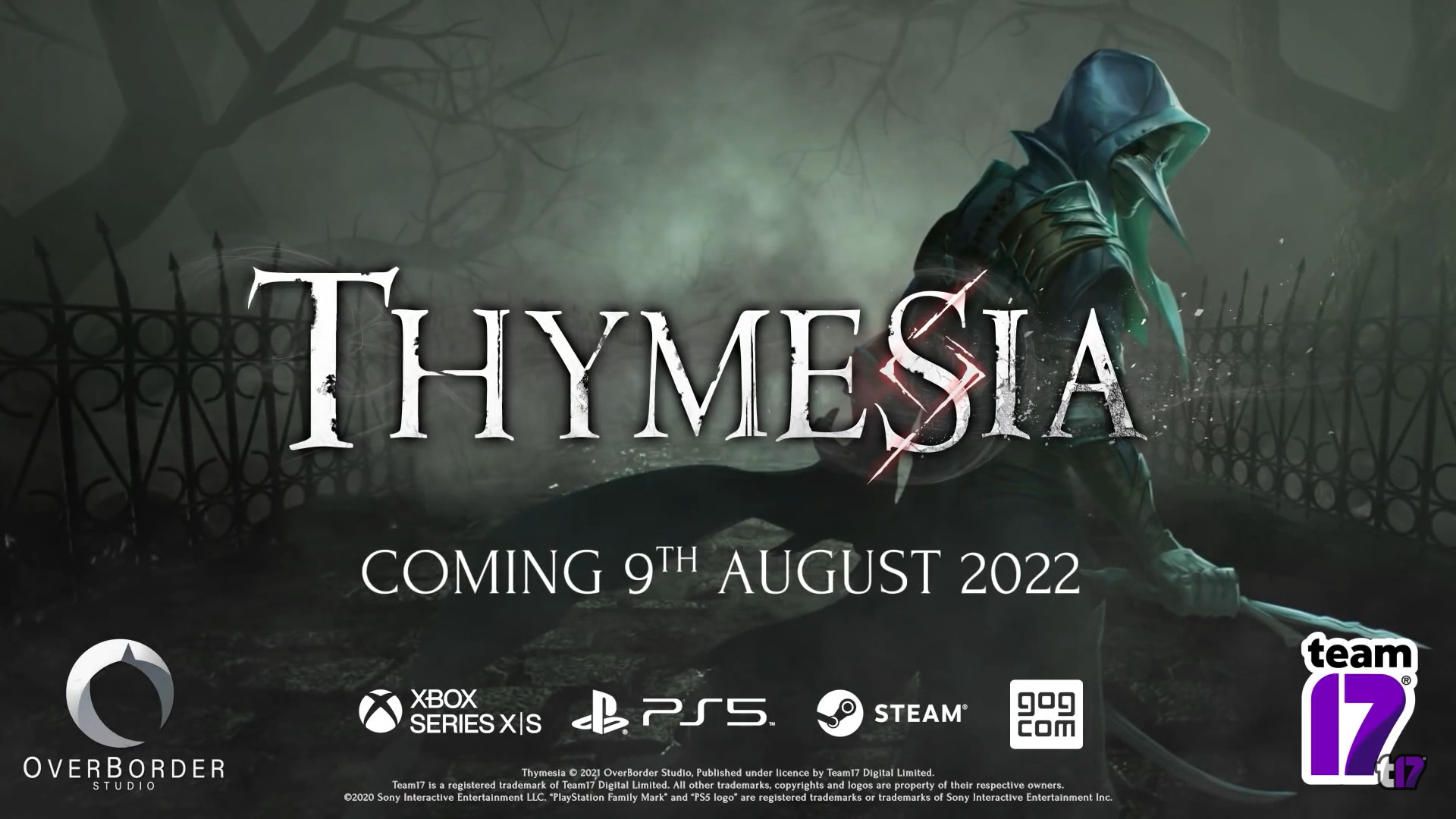 Plunge Into The Plague Ridden World Of Thymesia On August 9th

Team17 and OverBorder Studio that punishing the action-RPG Thymesia will launch on PlayStation 5, Xbox Series X|S, and PC on August 9th. As the mysterious masked protagonist Corvus, players will battle through the plague-ridden and blood-soaked streets of Hermes against the unforgiving enemies that now inhabit the once-thriving city. Tasked with uncovering the truth and saving Hermes, Corvus will utilize mysterious plague-powered weapons reaved from fallen foes and use them to execute devastating attacks as he overcomes seemingly impossible odds and uncovers the truth hidden in his memories.

For players wanting to test their prowess against the forces already wreaking havoc on Hermes ahead of Thymesia’s August launch, a Steam demo is available for a limited time between now and Monday, May 9th.

Test your skills and PLAY Thymesia!

Thymesia's demo is available to try in the Going Rogue Steam Festival!

Gauge an idea for how'll you fare in this gruelling, soulsborne action-RPG.

Thymesia will be bringing the dark fantasy combat to PlayStation 5, Xbox Series X|S, and PC later this summer.

Thank you for your feedback so far! We'd like to note that dodging in the demo is quite limited when compared to the full version. You upgrade the skill via the talent tree as you progress.

Here's a video demonstrating dodging at its best: pic.twitter.com/yewXRxdOC2

‘Batora: Lost Haven’ Touches Down On PC And Consoles Now