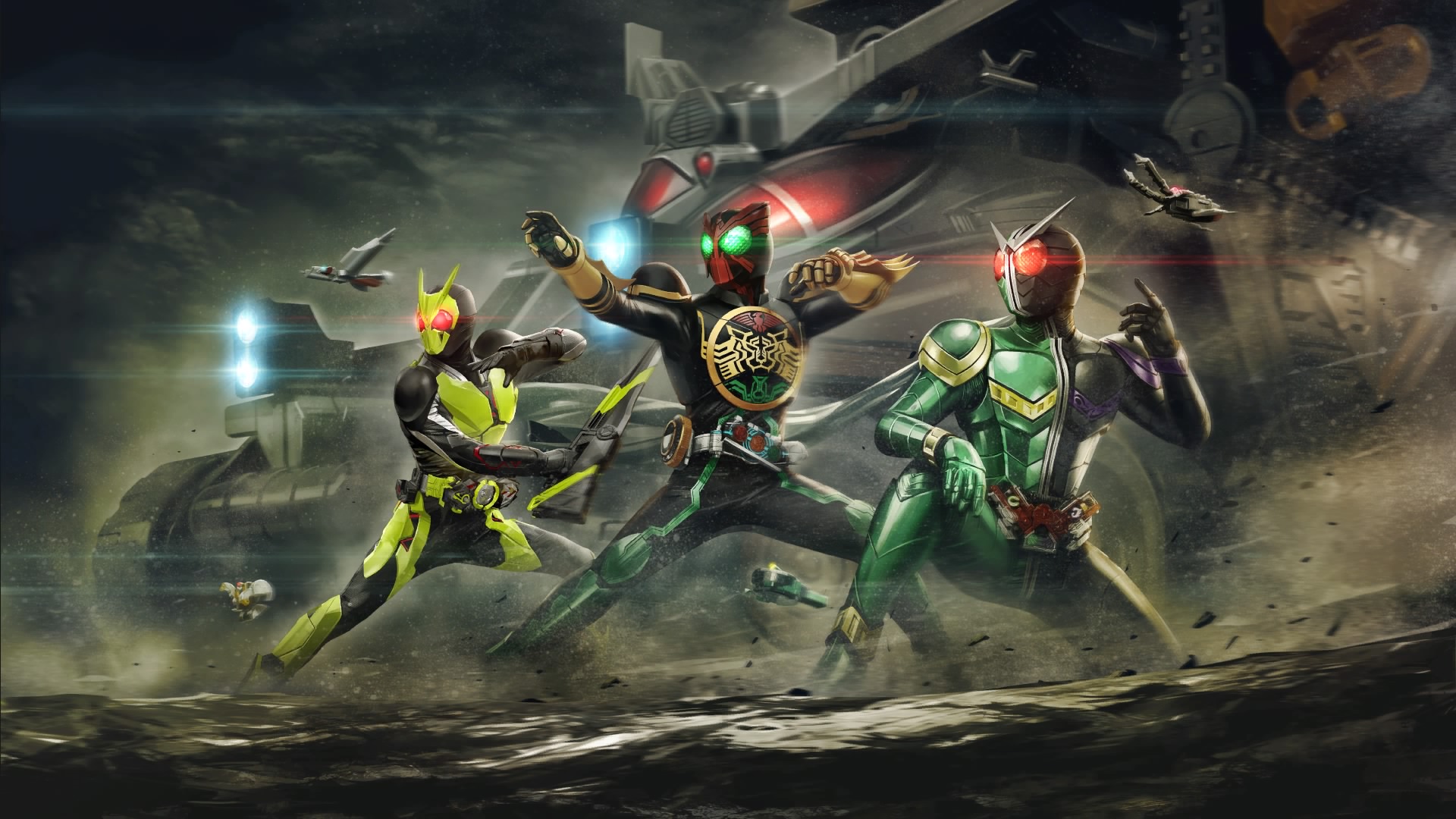 Japan is known for its many iconic things. From its Culture, Food, and media such as mangas, animes, and tv programs. One of my personal favourites that I have been following since I was a kid is the Kamen Rider series. The tv series has spanned decades and has never seemed to stop churning out episodes even despite the current pandemic.

While the tv series has always been a kid-centric show but as time has shown, even adults such as myself have been following it from time to time.

What makes watching the Kamen Rider series fun? Mainly because it is one of the shows that cater to the inner kid in us. I enjoyed watching it when I was a kid and shows like these answers to my desire to be a hero or so to speak. 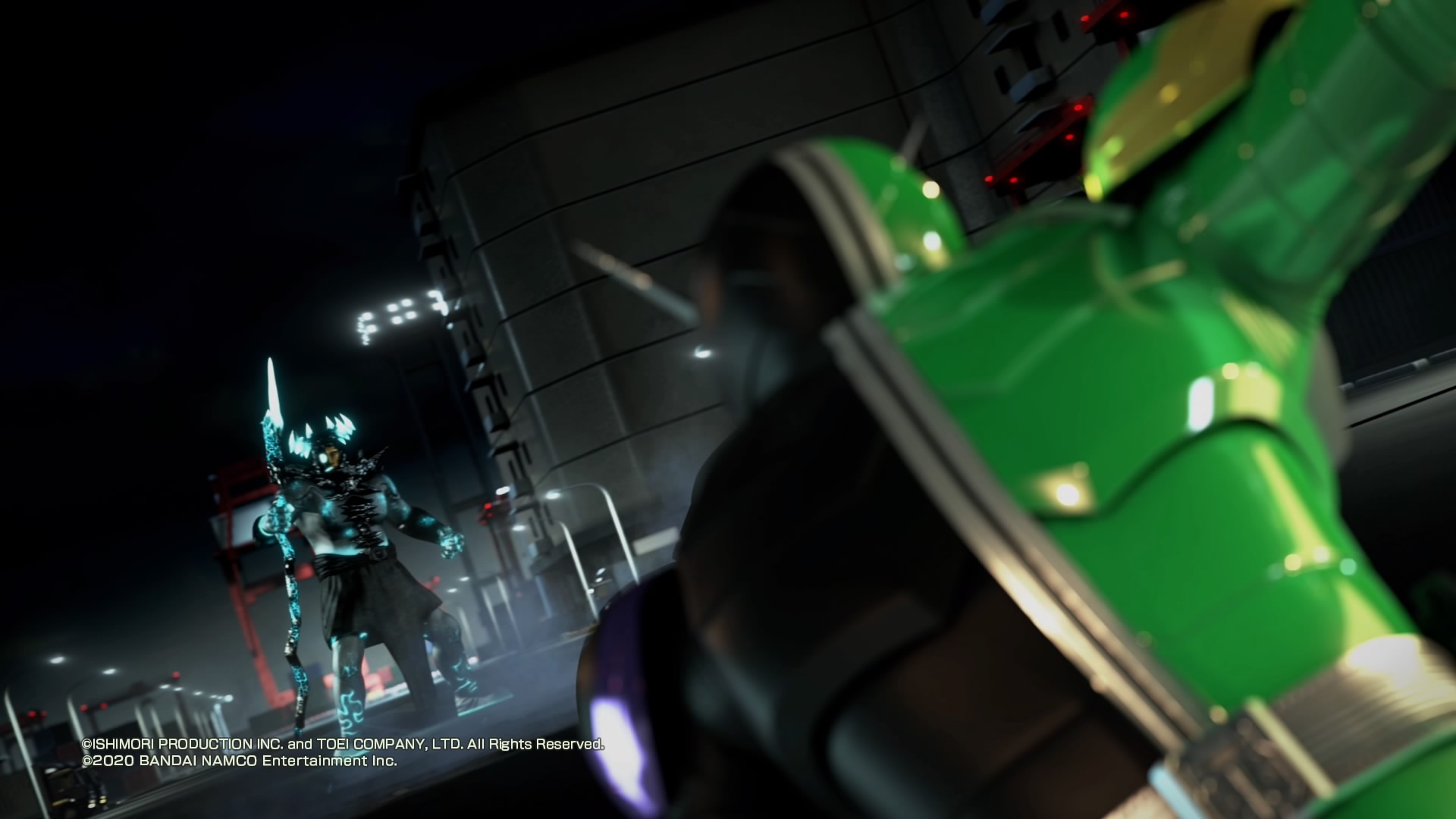 While over the years, the Kamen Riders series has explored many different sorts of Medias such as mangas, movies, and even video games. This time as the Playstation 4 approaches its end cycle, we finally got one last Kamen Rider game for the console that just came out not long.

While there has been other Kamen Rider games but truth to be told, they are rather far and few plus many of them tend to be brawler type games with little emphasis on any form of the story until now. In comes Kamen Rider: Memory of Heroez.

As far as a hardcore fan of the series, the video game version of it was never on my radar. Because there is little polish quality in gameplay, graphics, and everything else in general. When Memory of Heroez was shown to have the plot to follow, I was immediately intrigued. However, after playing through it, I was rather mixed between feeling pleased but yet unsatisfied. Nonetheless, let’s break it down for Kamen Rider: Memory of Heroez. 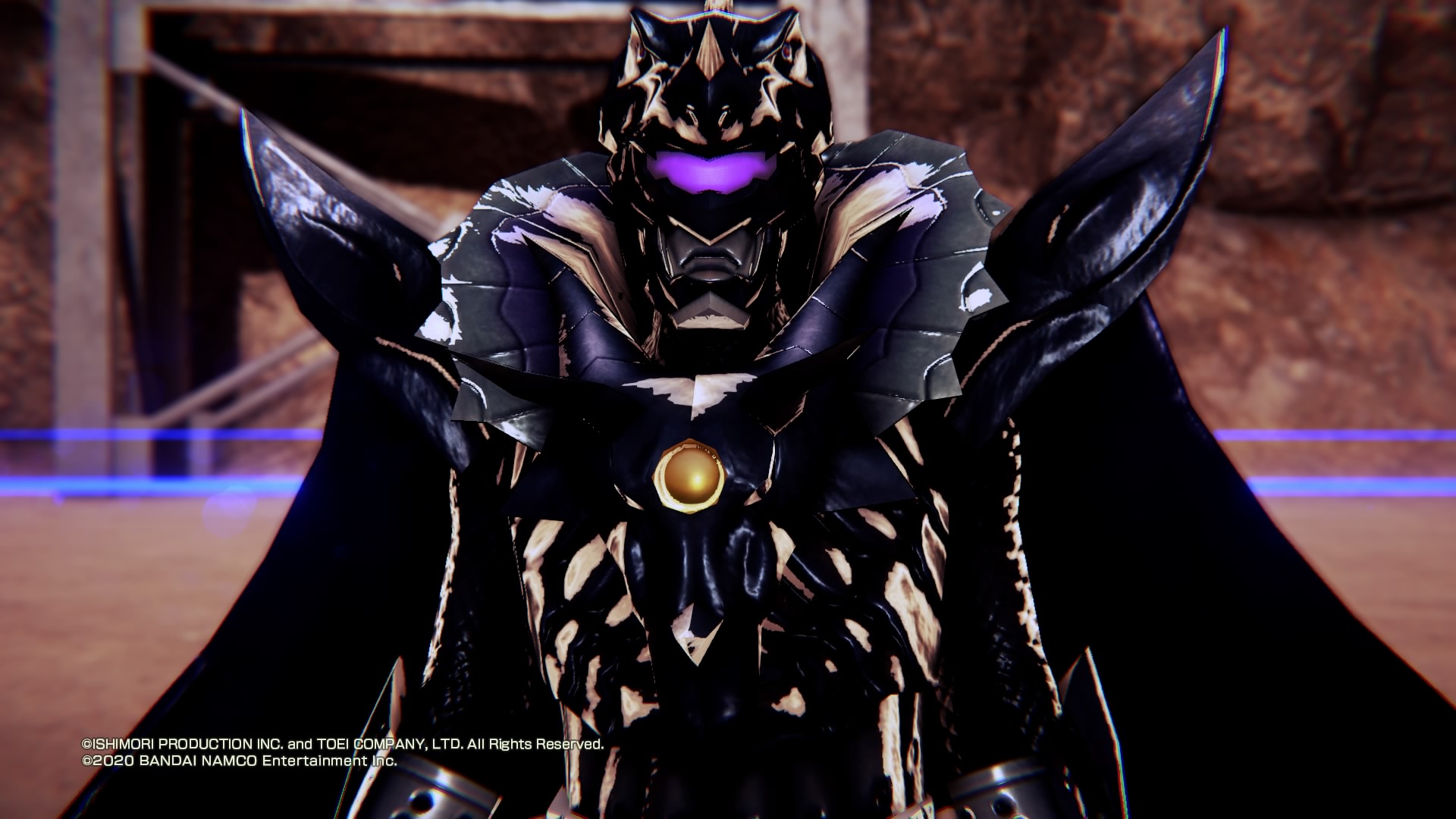 Firstly, unlike the previous KR games, this one puts focus on 3 main characters namely Kamen Rider OOO, Kamen Rider Double, and Kamen Rider Zero-One. Additional other riders are also present but these 3 are the main heroes of their respective series. OOO and Double are kamen riders from the second production era called Heisei period while Zero-One is from the new and current Reiwa period.

The other point I noticed for this game is that there is a continuation of the story for 3 of these riders as there are points in the story that pays homage to what had happened in their respective stories. Hence I felt this was a rather surprising thing as normally games that are meant for fan service purposes tend to not latch on to any continuation that often.

Upon seeing this, I felt thrilled from a fan perspective as this almost shows that this game has the potential to be canon in the Kamen Rider universe. 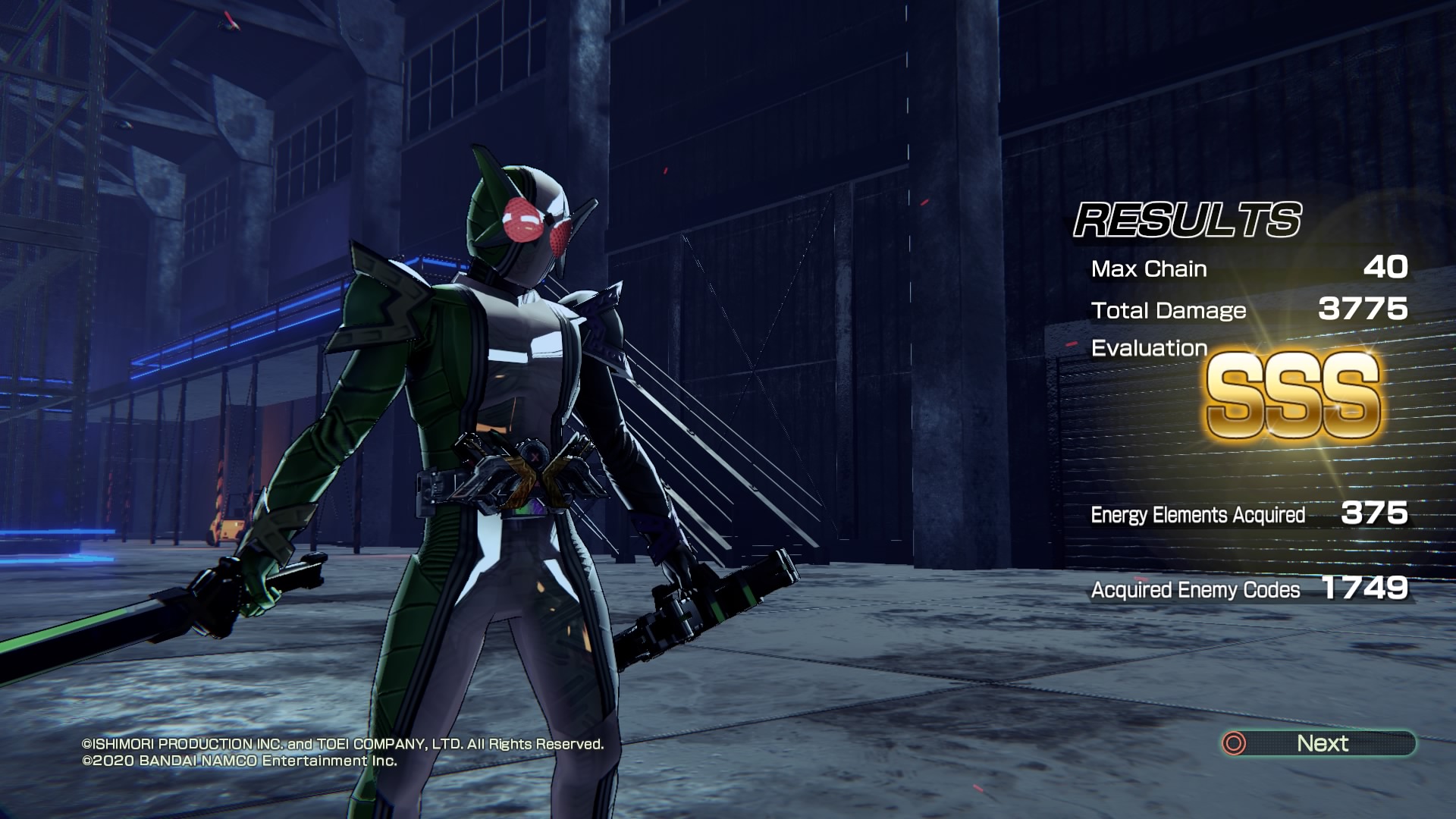 As for the game’s plot, it is as like any KR series as many would come to expect. It typical with a capital T but as a fan, I am good with it and I believe other KR fans would feel the same too. There is a new baddie in town and it is up to these 3 riders to stop the baddie from total world destruction. This can pretty much sum up the game in its entirety.

The interesting part however is the reemergence of memorable villains through the power of the new bad guy in the game. Many of these villains that have appeared in

That said, it is easy to forgive any KR plot as the series was never meant to win any awards or break any new grounds but to satisfy the inner childhood memory in many fans alike.

First things first, Kamen Rider: Memory of Heroez is not a marvel game to look at. Everything from a visual perspective looks rather simple and bland. It is not bad but not great. However, it works for games of such level. The textures on all characters even simple grunt enemies to some bosses are mediocre at best.

Don’t expect any form of good dynamic lighting and shadow. They are none at all here. Nonetheless, it is a game that is meant to please fans and not gamers in general. 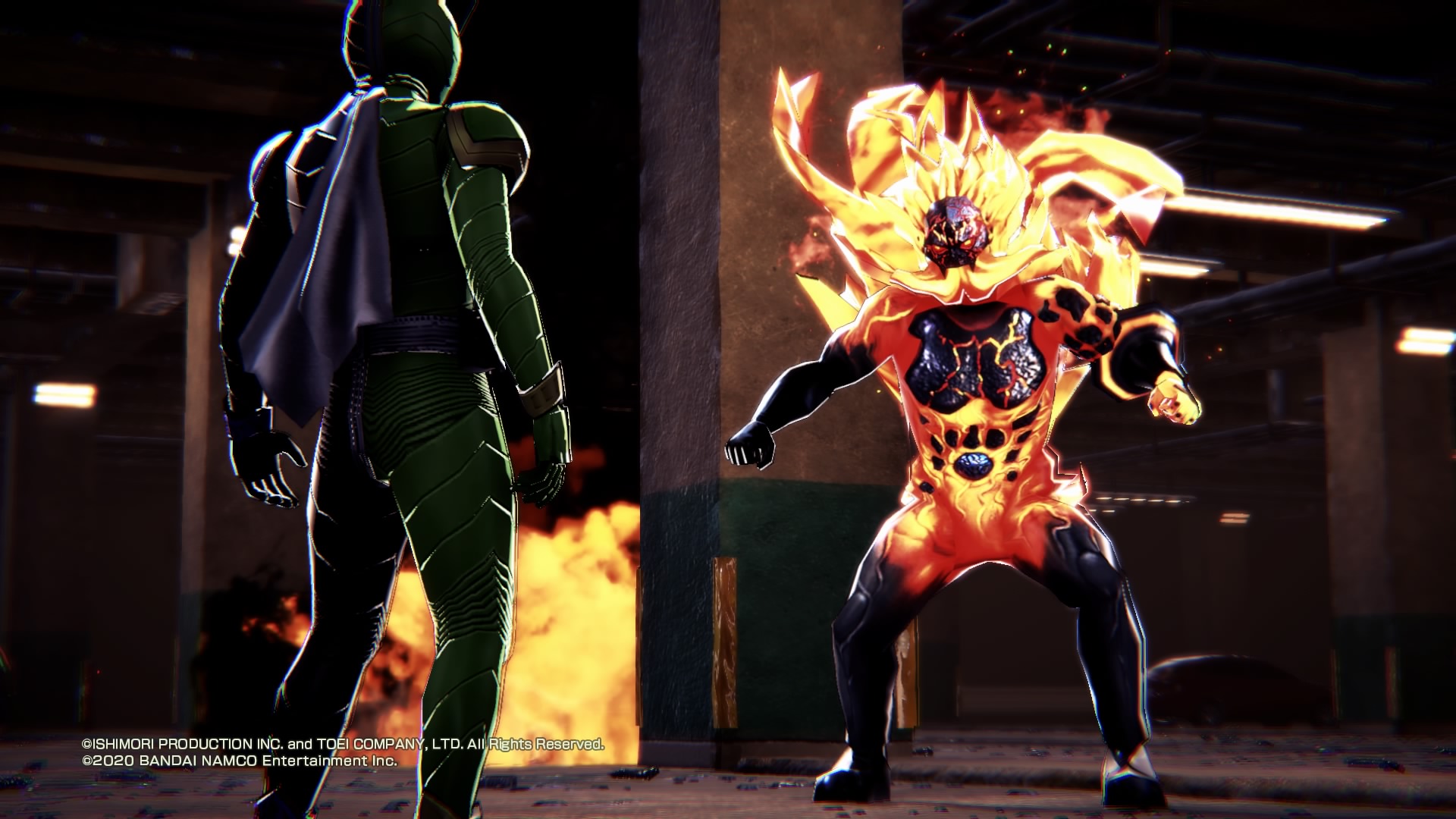 The voice acting quality to me is ok but could’ve been better. In a typical Japanese voice acting fashion, it works fairly well but I can’t help that the voice actors themselves could’ve put in a bit more effort in adding some “feel” in their lines. There are a couple of times where I find the lines being read sounded rather lazy and can feel like they are just reading off the script. 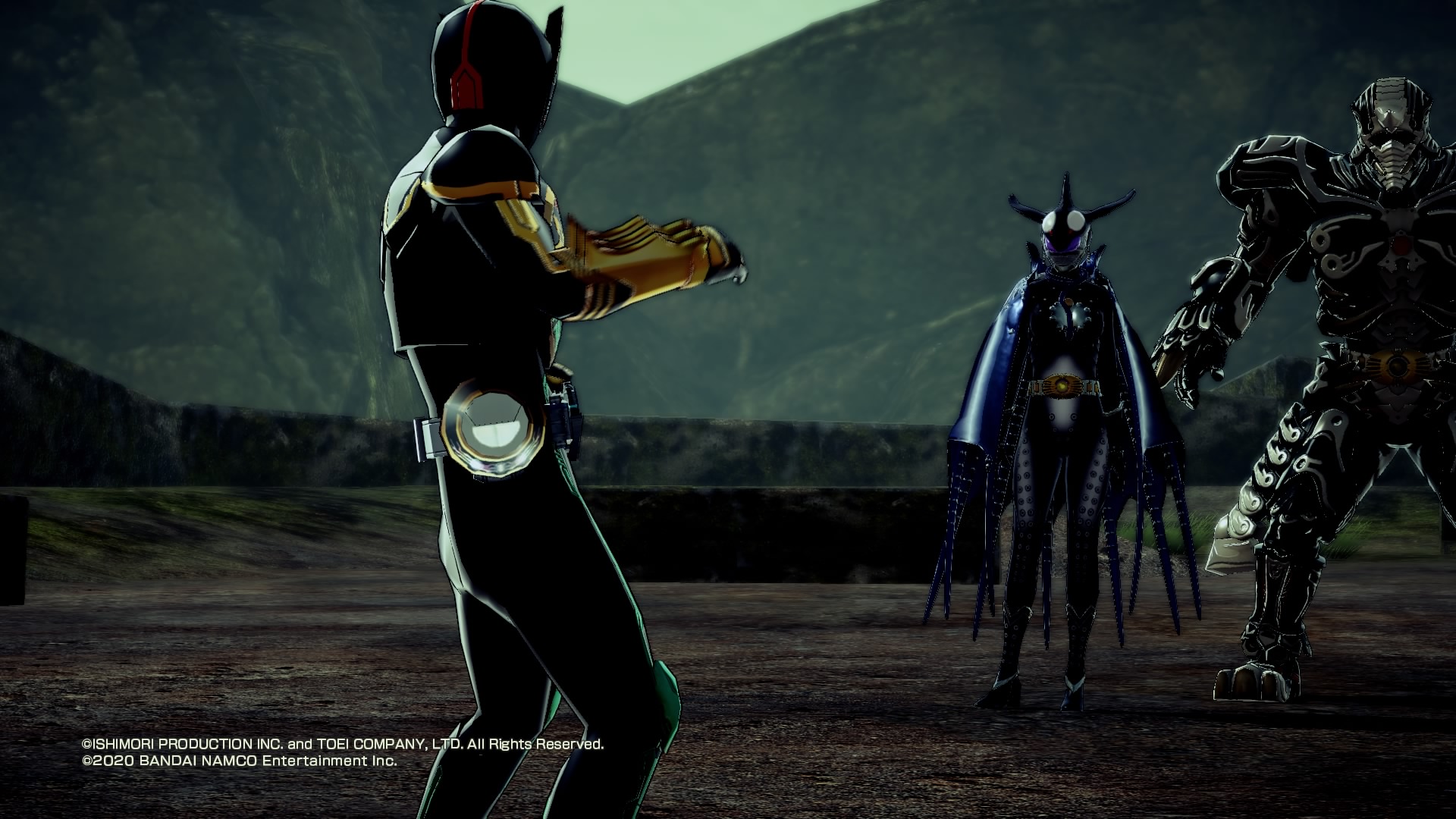 Whereas on the gameplay part, the game plays in a 3rd person perspective with you controlling any playable characters and mash the attack buttons to victory.

Each character has weak and strong attack keys, a jump button and the right shoulder buttons comprise for Unique Attack and a dodge move. The left shoulder buttons include a special move attack which is different from all the characters. Pressing the Triangle and Circle button executes each character’s iconic finishing move when the power bar is filled up.

While everything else works as it should, the quality in animation is rather off-putting. While it is expected a game of this level is never meant to have triple-A quality animations but there are animations that are hard to just ignore them. One such example to me is how your character walks during a fight.

Moving sideways while locking into an enemy makes it seemed like the feet are not planted onto the floor. There is an occasion where it can look like you are ice skating around the floor.

The idea in this game is to fight your way through to beating up normal enemies and progress to the next section of the map. There will be occasionally some sections of the world where you to search for keys or cards to open locked doors but usually, they are not too hard to find.

As the story progresses, you will be running to one point and the other and each of the points will always require you to defeat a bunch of enemies before the story can move forward. A simple progression mechanic but one that can really go bland real quick.

While I do enjoy the story momentarily but the repetition in fighting the same looking enemies can get boring fast. Couple with an uninspiring battle system, it can make the entire experience of playing through the game feeling like a chore. Another point that made the game’s flow bad is how it enforces a checkpoint system at every juncture of the story. To more point A to point B even if the distance is small, it still puts up a highlight point which you need to run to it in order to move forward in the story be it just opening a locked door, activating a switch, and even starting up a fight.

The implementation of such a checkpoint mechanic feels unnecessary as it breaks the chain of flow. The developers could’ve just given the entire effort for players to move and unlock a certain door at the press of a controller button. It is not like the game’s map is actually huge, to begin with.

This particular part for me alone is enough to bog my entire experience with the game. It is a shame to see such implementation such as this still being used even until now.

I would just simply put this game as bad however I would feel that I would be doing a disservice for it. While my experience with the game overall wasn’t fun but I felt the game still does what it supposed to do – fan service. Because coming from a perspective from a fan, it can please us easily because it is great to see one of my favourite Kamen Rider being the core focus of the game. Fans may likely not going to fault the game, after all, Kamen Rider games are far and few.

That said, seeing this game in general as a package, it is just plain bad but this game serves as a reminder that so long it caters to just a specific crowd, it is good enough already. So fans of the Kamen Rider series, this is for you. For the rest of the other gamers in general, steer clear from this one.