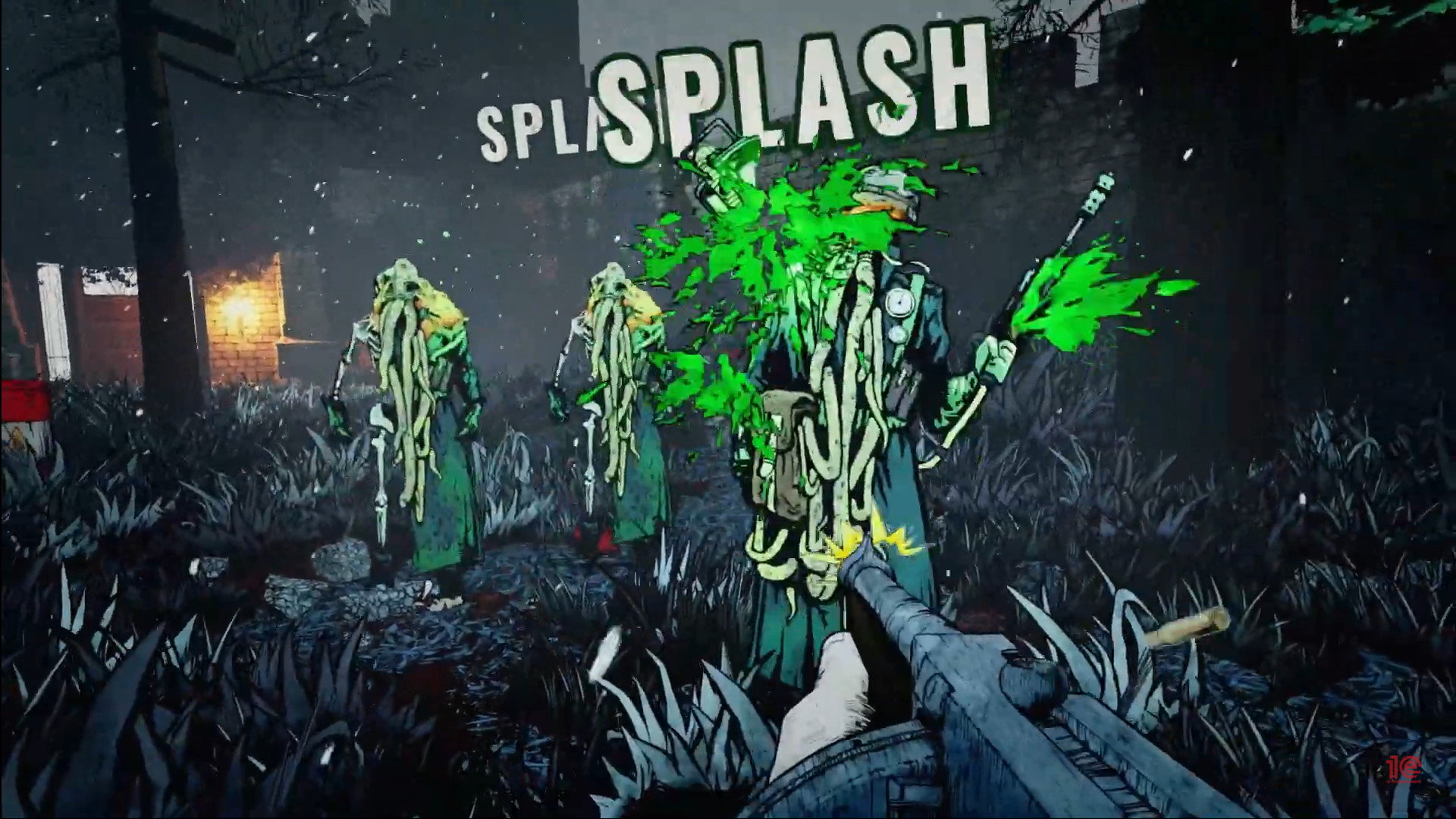 Moments ago at Realms Deep 2021, publisher 1C Entertainment revealed Forgive Me Father and Lovecraft’s Untold Stories 2 both coming to Early Access via PC on October 28, 2021, alongside a publishing partnership with Terminist Arcade to release HYPERVIOLENT on PC in Q1 2022.

Forgive Me Father, Byte Barrel’s dark retro horror FPS inspired by Lovecraft’s novels, launches into Steam Early Access on October 28th. Play as a priest or a journalist and face demons inside and out in a shooter inspired by classics from the ‘90s. Eradicate eldritch hordes and attempt to stay sane in a hand-drawn world where every second looks ripped out of a comic book.

Continuing this Lovecraftian double feature, Lovecraft’s Untold Stories 2, the sequel to ’ macabre action-RPG with roguelike elements, also fights against cosmic horrors in October 2021. Choose from six playable characters (with three available in Steam Early Access) and play either solo or in co-op with up to three friends. Scrape together creative new weapons and armour, perfect a loadout, and boost character stats across dozens of tense stages in hopes of surviving a Lovecraftian nightmare.

Closing out this trio of world premieres, 1C Entertainment will publish and support the development of HYPERVIOLENT, Terminist Arcade’s brutal fast-paced retro FPS paying homage to sprite-based shooters from the ‘90s. Unravel the secret behind a mysterious contagion using a thrilling fusion of RPG and FPS mechanics, from upgrading weapons to investigating data logs. Obliterate up to 30 friends in deathmatch, team deathmatch, survival, or play the campaign in four-player co-op when HYPERVIOLENT launches on Steam in Q1 2022.