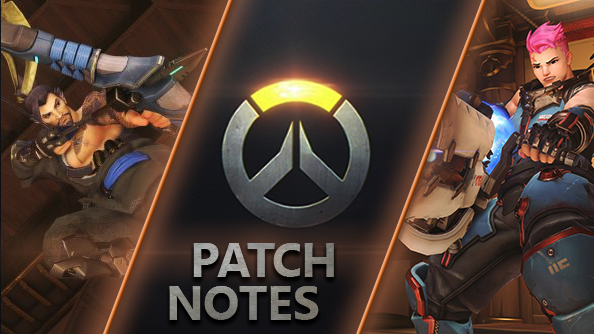 A new Overwatch patch has been release on PTR (Public Test Realm) on PC , the patch brings some General Updates, Hero Updates and Bug Fixes. For the full PTR patch note click here.

The main focus this time is on the supportive heroes, out of the 11 hereos affected by this update, 5 of them are from the support class, Zenyatta is the only support hero spared. And for those waiting for Hammond, that little wrecking ball will be joining the fight on this coming 24th July, 2018 !!!

Developer Comments: The change removes the need to immediately reload after a long duration ultimate.

Developer Comments: This change should give Ana the flexibility to use her ultimate in a wider variety of situations.

Developer Comments: Slightly increasing the cooldown will give Brigitte’s opponents more opportunity to play around her Shield Bash ability.

Developer Comments: These changes are just quality of life improvements for how Doomfist interacts with Symmetra’s placeables.

Developer Comments: Hanzo’s Lunge ability allows him to be very evasive, the increased cooldown should make him slightly easier to catch.

Developer Comments: This gives Moira a bit more healing to work with in situations with no enemy targets available.

Developer Comments: Mercy’s previous healing output made her nearly impossible to replace in any team composition. Even after these changes she will still be able to deliver more healing over the course of a match than any other support hero. This change should allow for other healers to be a more viable pick.

Developer Comments: This is mostly a bug fix, as her head hit volume was abnormally large, especially from behind. Previously if you fired at her from behind near her upper spine, you could land a head shot. Now her head volume is much more accurate.

Developer Comments: By smoothing out Reinhardt Barrier Field, he will be able to consistently block enemy abilities and projectiles (e.g. Junkrat’s grenades).

Developer Comments: The increased cooldown will slightly reduce the frequency that Widowmaker can reposition herself.

Developer Comments: With the reduced Energy drain rate, Zarya should be at higher energy on average resulting in more overall damage and quicker ultimate charge times. We’ve also decreased the wide area of Graviton Surge, so players are more able to aid allies without being pulled in as well.

Fixed a bug that could cause players to lose an endorsement level if they exited before a match completes, but after the return timer for a leaving player has expired