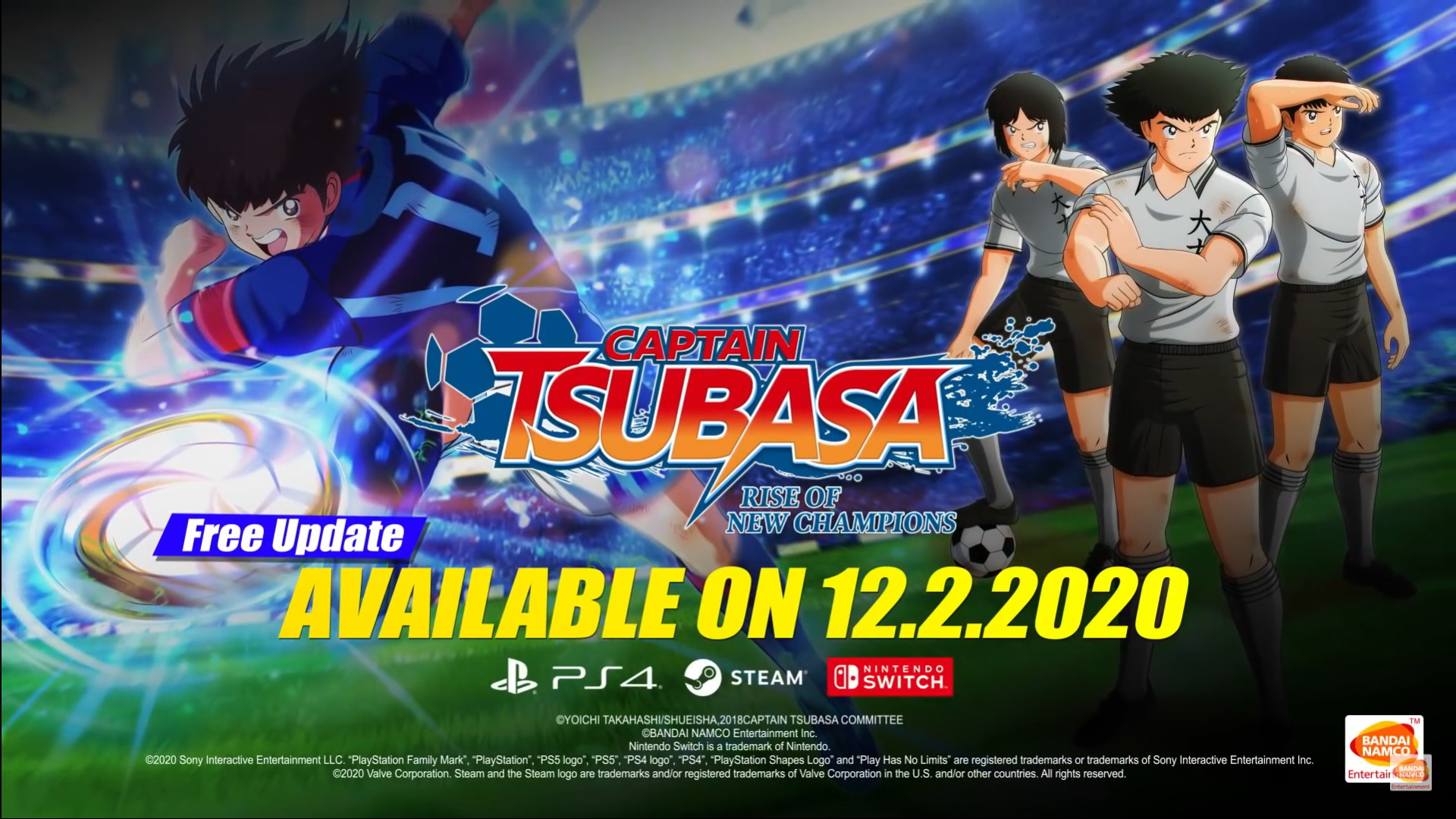 Players can now continue their journey for soccer glory in the new story chapter in Captain Tsubasa: Rise of New Champions’ EPISODE: NEW HERO, which pits Tsubasa Ozora against one of his greatest rivals, Otomo Middle School. This free update also delivers a brand new Assist Mode, which will enhance players’ capabilities on the field and balance adjustments to the VERSUS and ONLINE VERSUS modes.

Additionally, the three new competitors to join the fray—the “Swedish Prince” Stefan Levin of Sweden, the “Muay Thai Fighter” Singprasert Bunnaak of Thailand, and the “Miracle Keeper” Ricardo Espadas of Mexico—are now available through the Character Pass or for individual purchase. These international competitors mark the first of nine characters to be released as a part of the Captain Tsubasa: Rise of New Champions Character Pass.

Captain Tsubasa: Rise of New Champions is now available on PlayStation 4, Nintendo Switch, and PC via STEAM. For more of our previous review of the game, check out this link.