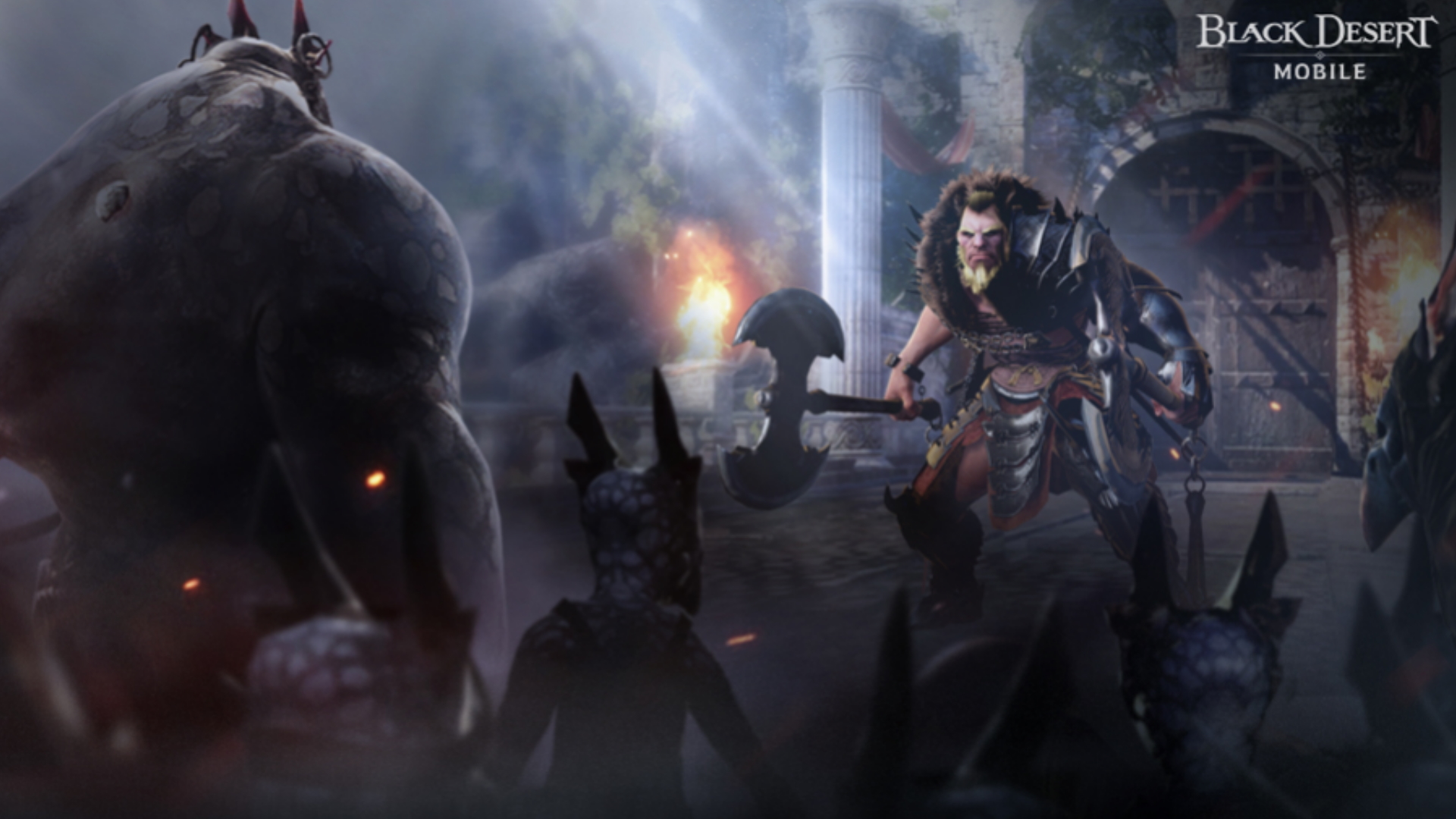 Pearl Abyss announced recently that Path of Glory, a brand-new combat mode, is now available in Black Desert Mobile. This tower defense-esque mode will help Adventurers grow all of their characters in their Families. The Field of Valor has also made a welcomed return this week to offer more combat opportunities for those looking for a challenge.

In Path of Glory, Adventurers will be tasked to defend a castle gate against an onslaught of enemies that increase in strength with each wave. Up to six characters from one Family can participate in this mode, and the required Combat Points to enter will be different for each difficulty level. Adventurers can get Emblems as rewards, which will increase Attack and Defense Points of all characters in the Family.

One of Adventurers’ favorite modes, Field of Valor, has also returned to Black Desert Mobile. Now featuring the Highlands, a series of new battlefields lets a party of 5 Adventurers take part in 30-minute battles against a wide range of monsters. As both combat modes have arrived in Black Desert Mobile, Adventurers can take this opportunity to level up their characters and Families faster than before.

Below are the following new updates found on the official website: 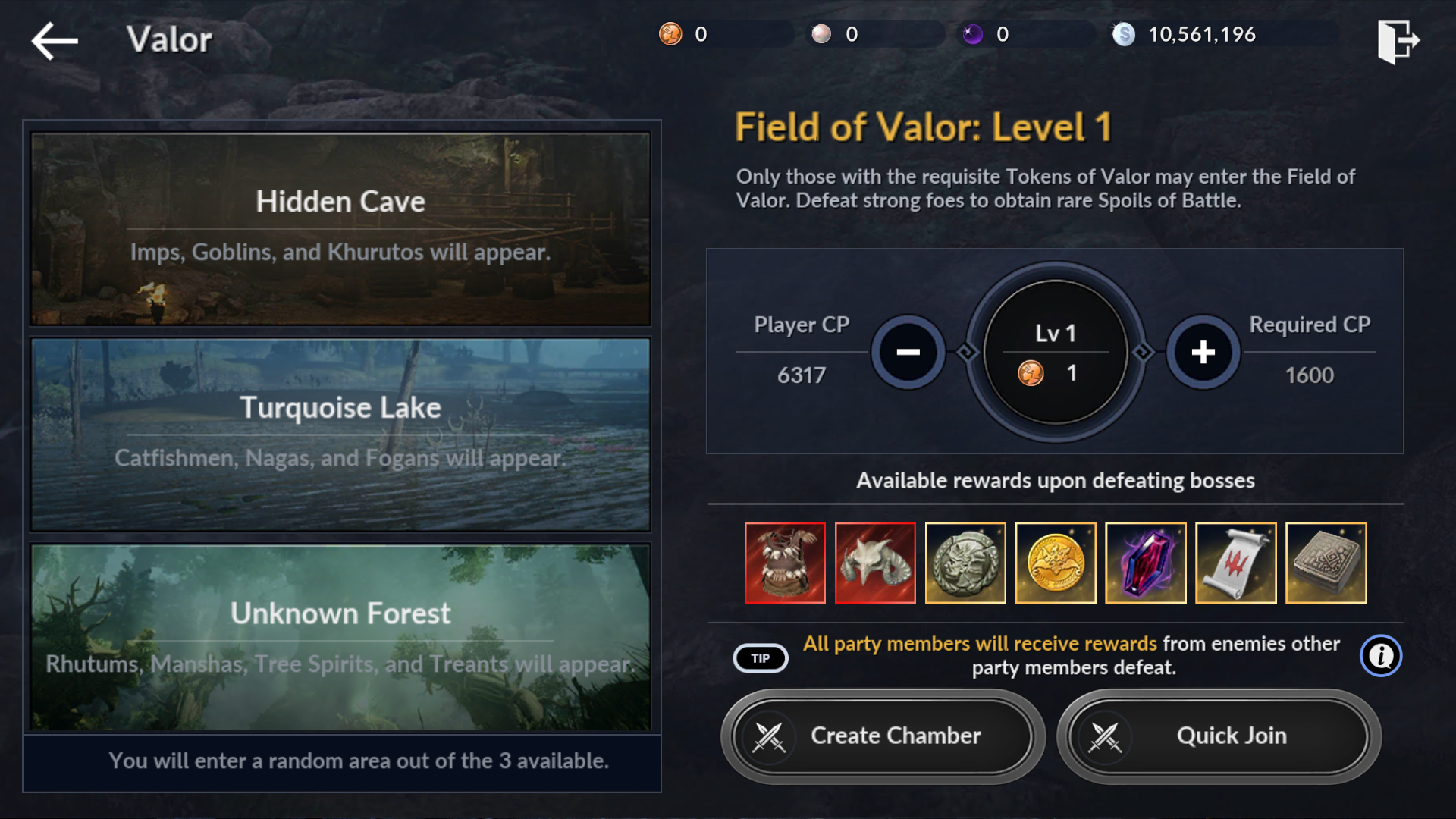 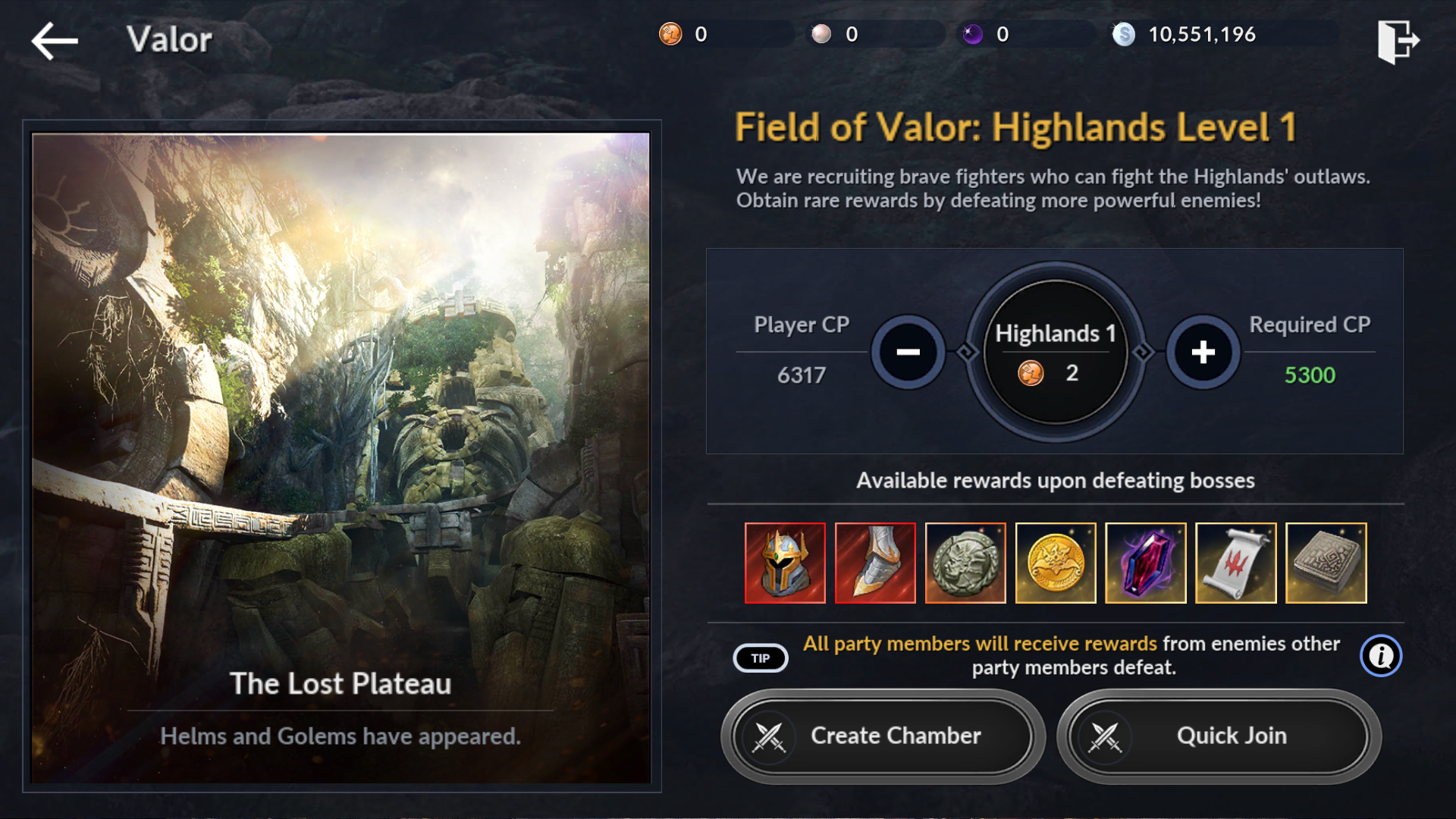 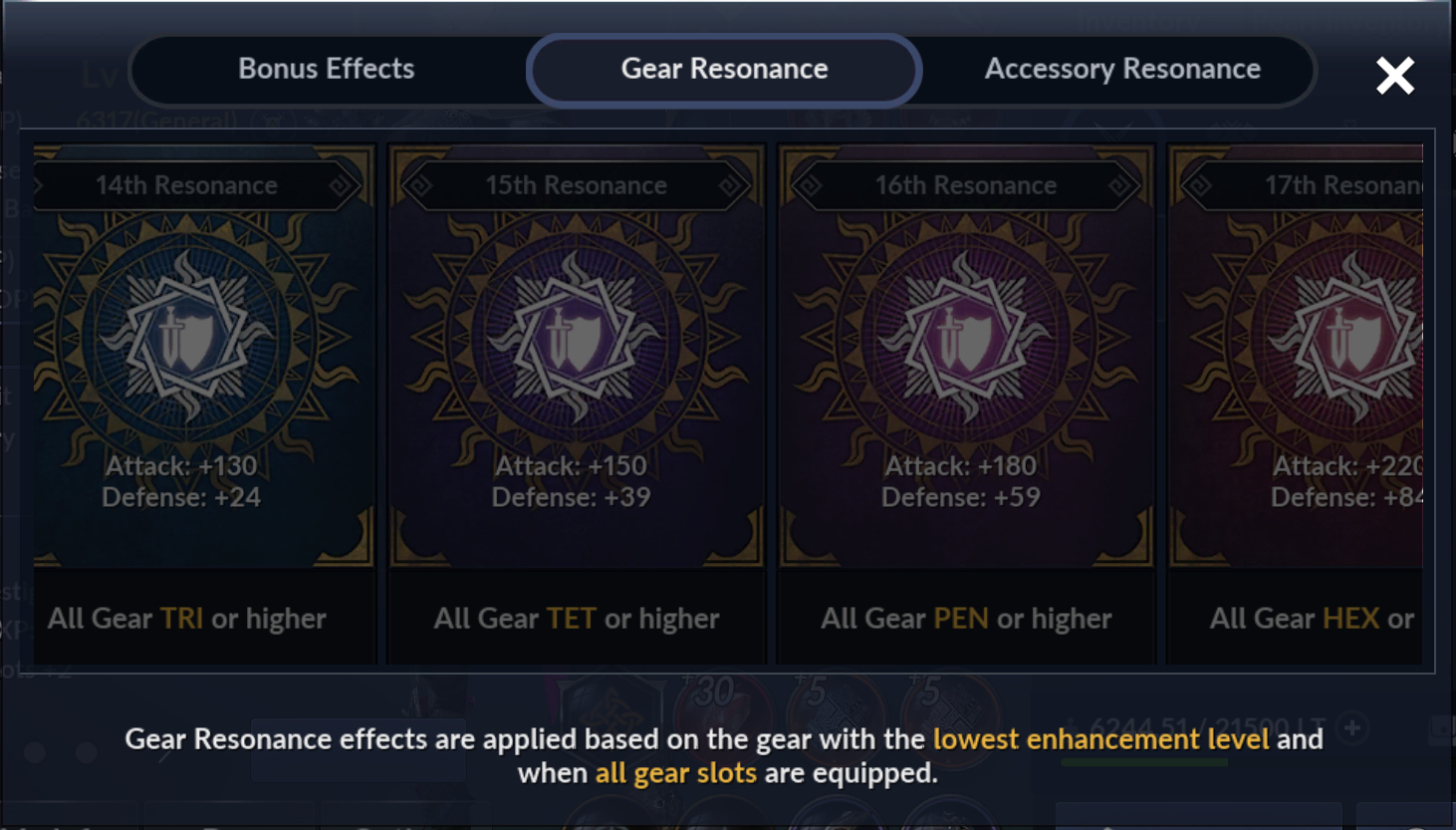 – Gear Resonance for gear at enhancement levels III-VII has been added. 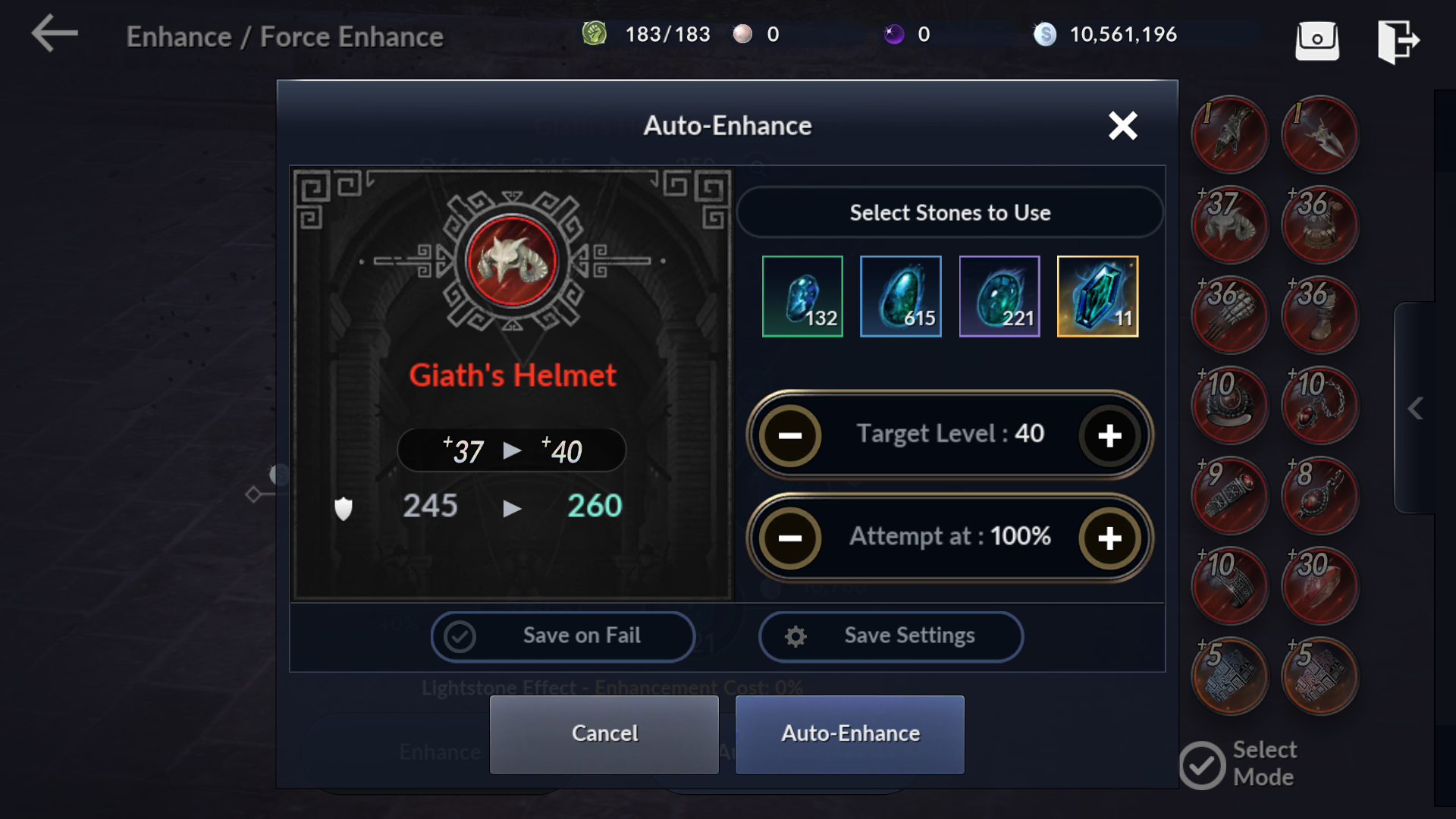 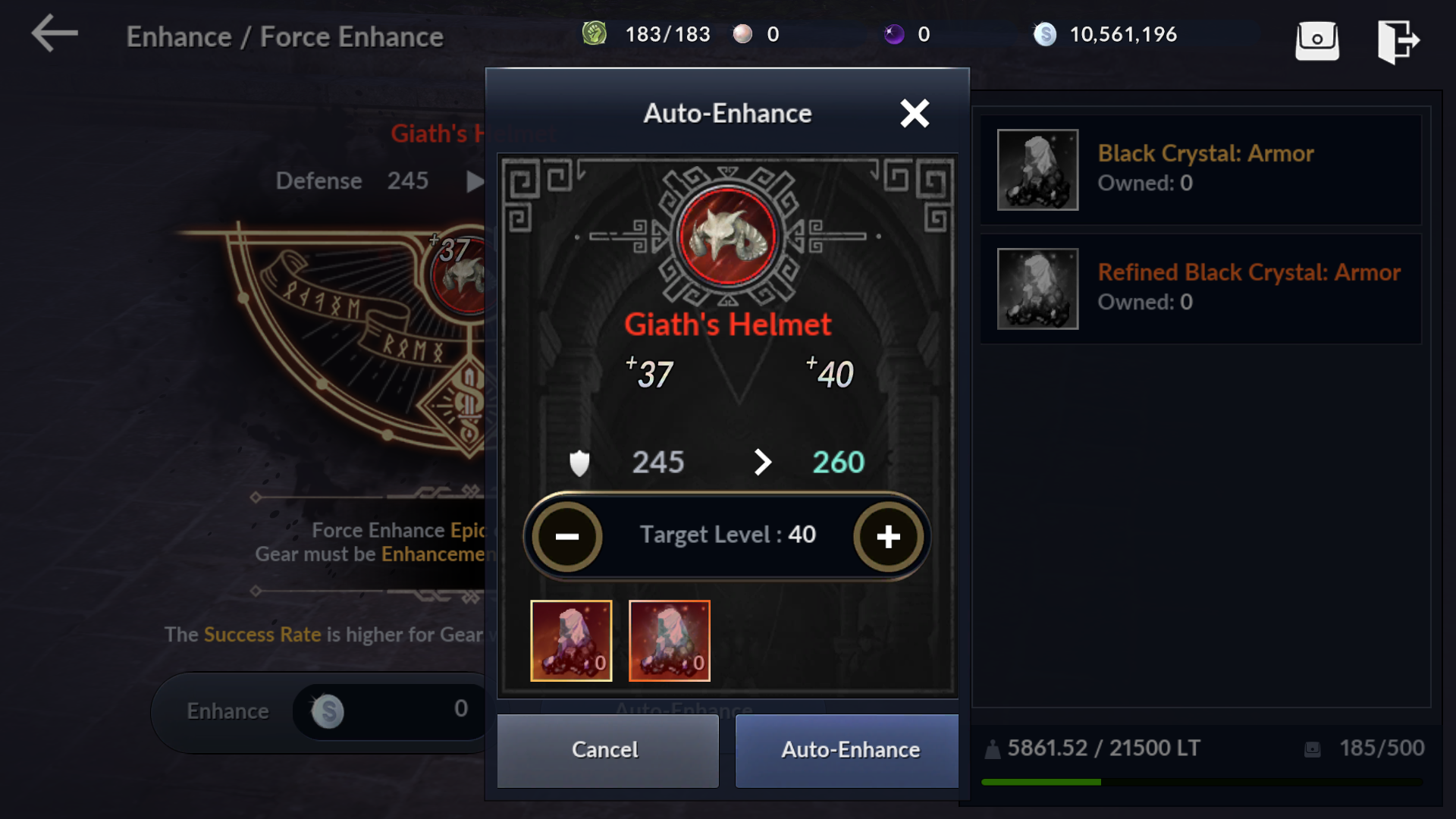 – The Auto-Enhance function has been added. (Refer to the screenshots for more details.)
ㆍ In the Auto-Enhance window, select the materials, target enhancement level, the percentage to attempt an enhancement, and the restoration settings before beginning Auto-Enhancement. 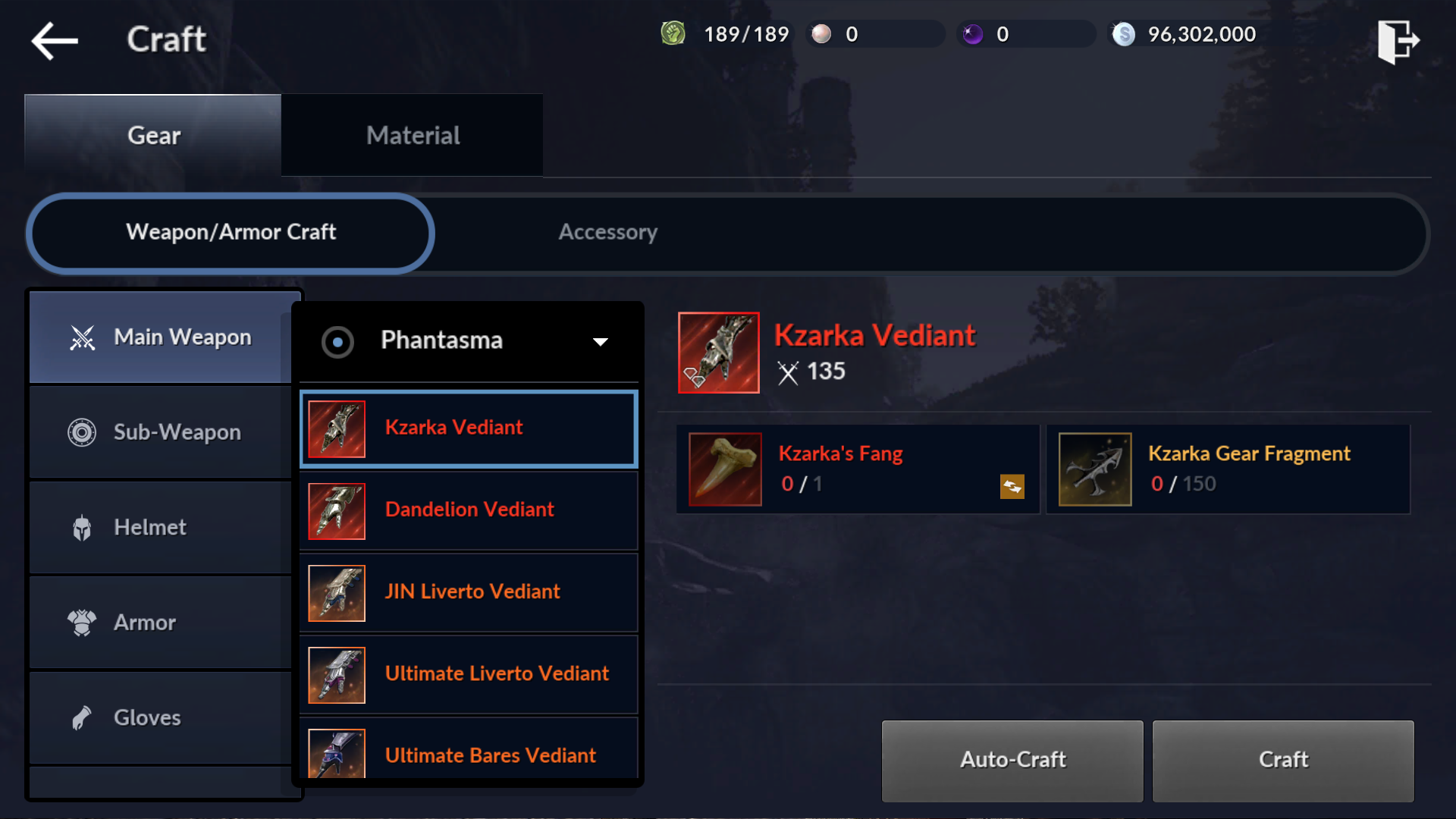 – A new system has been added that combines all crafting functions (except crafting done by workers in the Camp) and is available through the Camp.
ㆍThis system can also be accessed by going to [Tab Menu > Craft].

– Adjusted the Matching System in Ranked Arena so that Guild Members will no longer be matched.

– Added icons to the waiting screen in Ramoness that display the character classes of those who are participating in the match (not applied to observers).

– Changed the name of the settings button in the party widget for Ramoness to [Settings].

ㆍTapping on [Settings] will open the Ramoness Arena’s party screen.

– Fixed an issue in the rewards confirmation screen where the number of Black Pearls was not being displayed after obtaining the season rewards for Ramoness Arena.

– Adjusted the Matching System for Ramoness Arena so that the party cannot join the battlefield if there is an abnormal difference between the CP of party members.

– The Alchemy Stone Synthesis & Fusion Rate UP Event has ended.

ㆍThe increased rates will remain even though the event has ended.

– The Tower of Trials EXP+ Event has ended.

ㆍThe increased EXP rates set by this event will be returned to their normal rates.

– A message will now appear if there are no viable characters that can enter the Tower of Trials.

– Adjusted the Main Menu so that the text appearing on the buttons for [Tower of Trials], [Field of Valor], and [Path of Glory] will be more visible in some languages.

– Messages that appear after completing Awakening/Ascension challenges have been reworded for some languages.

– Fixed an issue where UI effects would appear abnormally in certain situations.

– Adjusted the Battle Contribution Rankings so that rankings for Hwachas, Cannons and Elephants will be displayed in the results screen.

ㆍ These rankings will not appear if Hwachas, Cannons, and Elephants were not used.

– Added an option to the Camp’s Storage where you can exclude Pet Food from being placed into the Storage automatically when using the [Auto-Place] function.

– Adjusted the Auto-Disassembling restrictions placed on Epic Accessories in the Extractor.

ㆍ Epic Accessories can now be disassembled automatically regardless of Black Spirit Level (only the Camp Tier requirement will remain).

– Changed the Blood Kin menu so that the rewards for Blood Kin Missions can now be viewed through the menu.

– Changed the Blood Kin chat history settings so that up to 50 messages will be saved and viewable even after logging out.

– Added information to the [Golden Vault Entry Pass] item description that states that silver is obtainable in this mode.

– Adjusted the process of adding skills to Quick Slot in the Skills menu so that duplicate skills will not be registered when adding a skill that has already been added to Quick Slot.

– Improved the animation of [Grab] so it appears more naturally.

– Adjusted the Guild War Voting System so that if a guild is dissolved during the voting period, the vote will end immediately.

– Fixed an issue where the text on the Ramoness results screen was incorrectly labeled as ‘Arena’.

– Fixed an issue where some of the rewards were displaying incorrectly for some ranks in the Ramoness Season Rewards results screen.

– Fixed an issue where characters would enter the Ancient Ruins with their original appearance.

– Fixed an issue where the camera would move abnormally when implementing a skill with [Grab].

– Fixed an issue where hotkeys were not visible after connecting a gamepad.

– Fixed an issue where the message ‘Cannot make attempt yet.’ appeared while gathering resources.

– Fixed an issue where the Auto-Gather UI button was disabled and Workers were sent out to Auto-Gather after they returned to the Camp.

– Fixed an issue where Sleep Mode could not be enabled after using pass items.

– Fixed an issue where starting Auto-Fusion after locking/unlocking Lightstones and Crystals would cause Auto-Fusion to stop.

– Fixed an issue when using the [Sell All] function at shops where a message stating that items have been sold would appear even though none were sold.

– Fixed an issue in Shakatu’s Shop where the results screen when Auto-Buying gear would display the gear’s Crystal Slots incorrectly.

– Fixed an issue in Shakatu Exchange where tapping [Exchange] without selecting an item would cause a visual bug that would display only one item when tapping on one of the items on the right.

– Fixed an issue where the Path to Power widget would display quests in progress first instead of completed quests.

– Fixed an issue in the Camp where buildings built within the Camp would display incorrect information regarding the next tier of the building.

– Fixed an issue in Merchantry where rewards would not open after ending Merchantry and would be placed in the Inventory.

– Fixed an issue where using an Elixir right when an event is automatically started would lock villages/towns so they cannot be entered.

– Fixed an issue where if Sleep Mode is turned on when Auto-Crafting/Auto-Synthesizing Alchemy Stones, exiting Sleep Mode would cause the UI to appear abnormally.

– Fixed an issue where creating a character and then tapping on the [Skip] button during a cutscene would cause text to appear abnormally.

– Fixed an issue in Nightmare where successfully using [Grab] on an enemy would result in the target being placed in an abnormal location.

– Fixed an issue where enabling the [Hide Weapon] option would cause the character’s body to disappear.

– Fixed an issue where Black Spirit Mode for Boss Rushes could not be accessed if a character’s CP was lower than the required CP to enter Boss Rush Difficulty Lv. 3.

– Fixed an issue in Ramoness where the score would display inaccurately in the UI when a team member exited the match.

– Moved the following effect to the [Power Surge] skill: ‘Grants Super Armor upon using this skill’.

– Changed the following effect so that it is now enabled in the Arena: ‘Grants Super Armor upon using this skill’.

– Increased wait time between casts when chaining another skill after using this skill.

– Increased the skill’s max number of charges from 1 to 2.

– Increased the attack speed of this skill.

– Removed the “Daze upon hit” effect.

– Decreased cooldown from 6 seconds to 4 seconds.

– Increased the skill’s max number of charges from 1 to 2.

– Added the following effect (disabled in the Arena): ‘Grants Super Armor upon using this skill’.