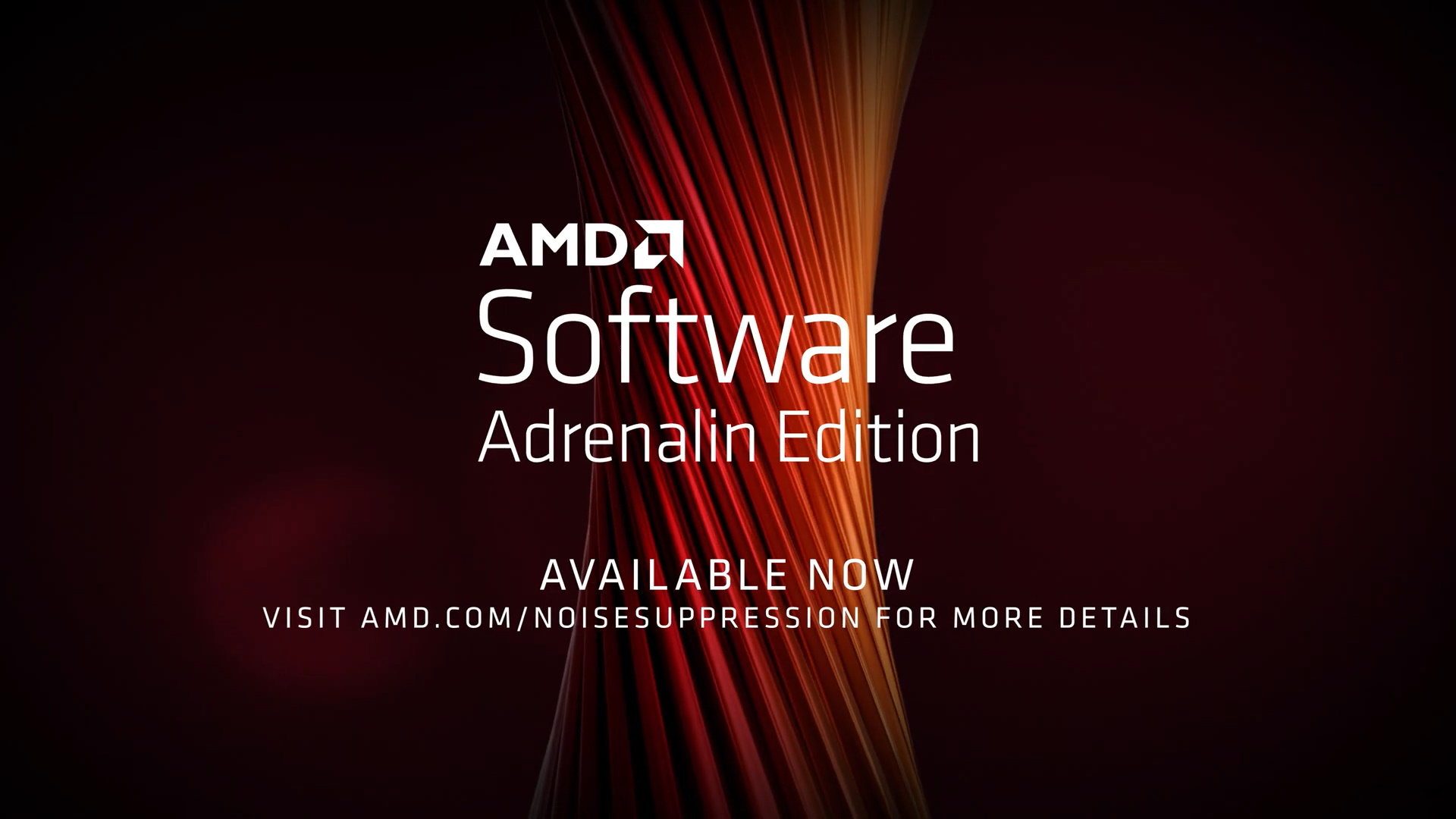 One of the key pillars of AMD Software includes delivering great user experiences whether you are playing the latest games or focused on your meetings at work. Features like Radeon Boost and Radeon Super Resolution are amongst a suite of many within AMD Software that provide increased performance and responsiveness for various situations. In addition to features that increase framerates, are others that expand user experiences such as AMD Link – allowing you to play local multiplayer games with up to 4 people, and AMD Privacy View – a software that helps keep prying eyes away from your sensitive content.​

AMD Noise Suppression reduces background audio noise from your surrounding environment, providing greater clarity and improved concentration whether you are focused on an important meeting or staying locked-in on a competitive game. By using a real-time, deep learning algorithm to reduce background audio noise, this new feature works for both your input and output devices across any AMD-powered system, removing unwanted background noise captured on your microphone or from someone else’s device.

Please see below for the following hardware and OS requirements:

Starting today, for those who enjoy games that run on OpenGL, AMD Software now includes OpenGL optimizations, providing updated support where you can experience up to a whopping 85% increase in performance in titles such as Minecraft! 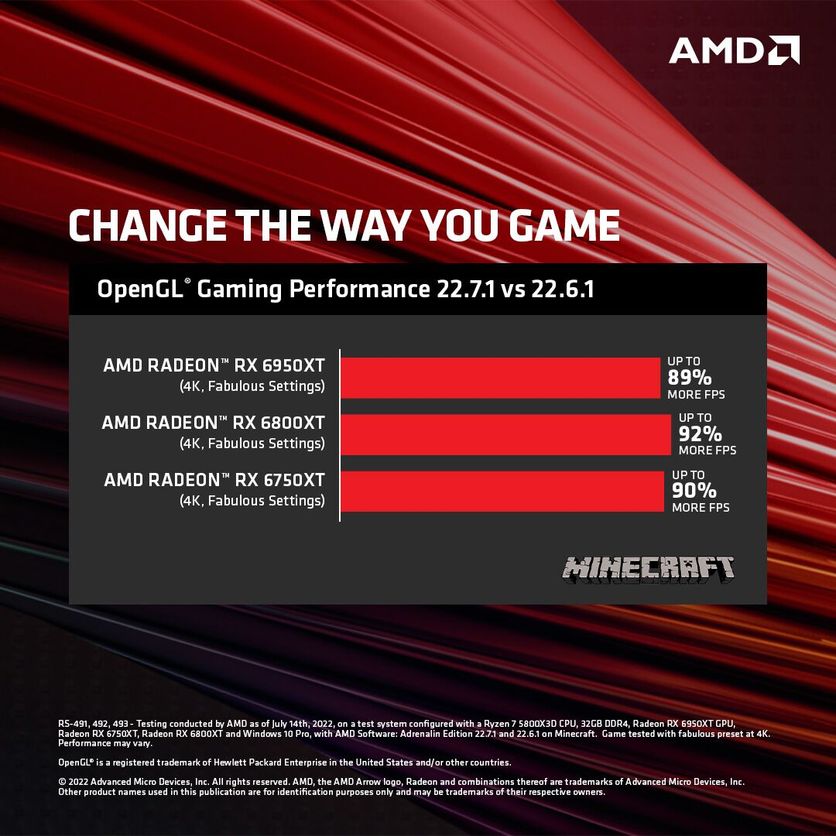 The teams at AMD continue to improve our existing features as well; in fact, as of today, Radeon Super Resolution will be expanding support for discrete Radeon RX 5000 and 6000 series GPUs on AMD Ryzen processor notebooks with hybrid graphics. In addition to this, RSR now works for borderless fullscreen games in a more seamless experience, allowing you to set the resolution from within AMD Software.

Last but not least, we are excited to introduce an update in the latest version of AMD Software, with Radeon Boost for some of today’s most popular titles including VALORANT, Elden Ring, and Resident Evil Village, with many more to come with each new update of AMD Software. Now users will be able to experience higher frames when Radeon Boost is enabled, especially during tense in-game situations where you need to flick your mouse and require that pinpoint accuracy while maintaining your frames and keeping your performance.