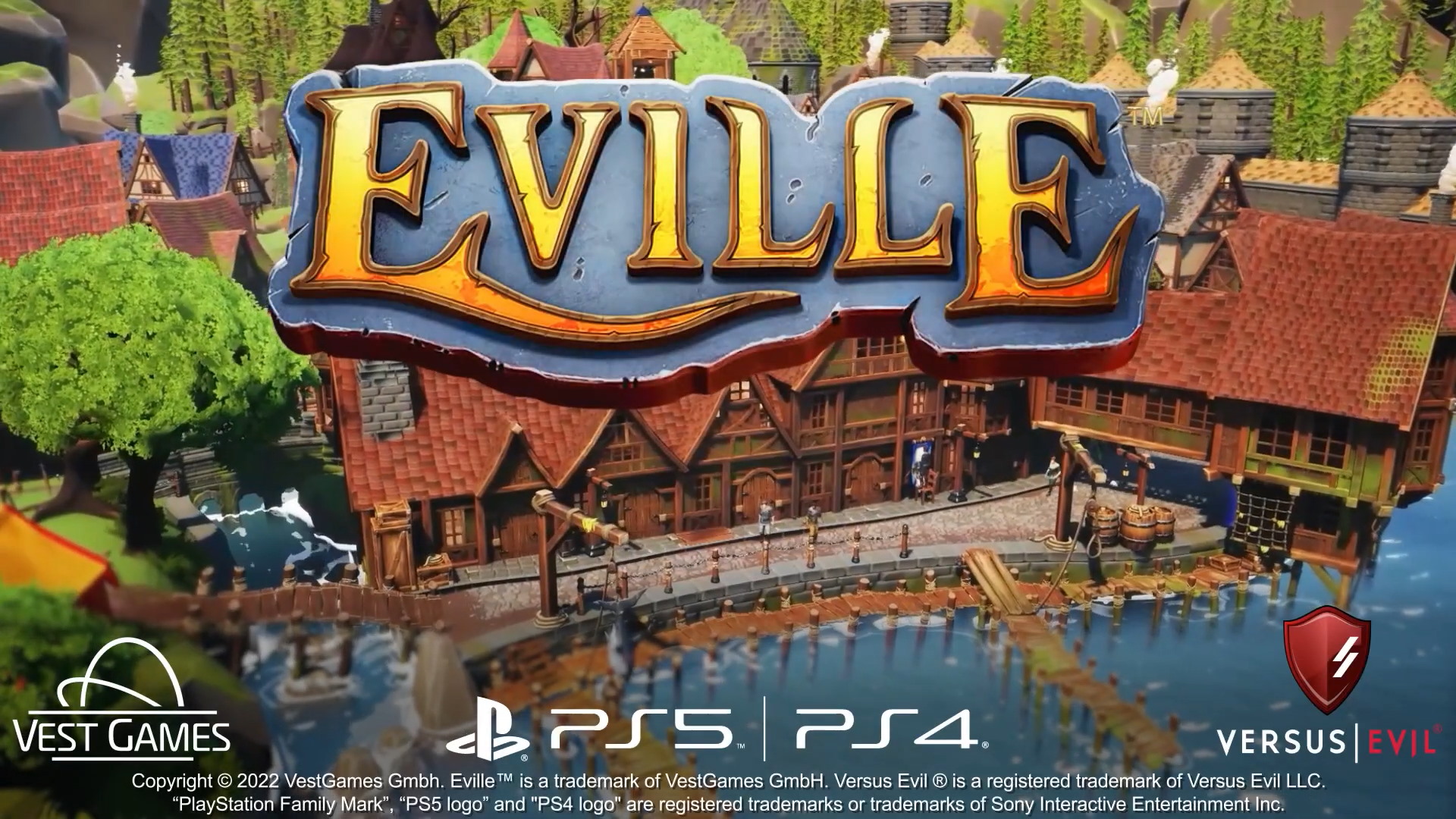 VestGames, an independent game development company, and Versus Evil, announced that its multiplayer social deduction game Eville is available now on PlayStation 5 and PlayStation 4. Following its recent launch on PC, Xbox Game Pass, Xbox Series X|S, and Xbox One, PlayStation players can now get in on the deceptive shenanigans and shady plotting in the town of Eville.

Eville casts players into randomly assigned roles with unique abilities, skills, and advantages as they look to either commit their dastardly deed or avoid becoming the Conspirators’ next victim.

PlayStation players can adopt an array of colorful character roles to choose from including a Smuggler, Ghost Whisperer, Trapper, Detective, Barbarian, and even a Mayor, giving them the opportunity to utilize their role-specific abilities as well as their own personal social skills in order to deceive or convince their fellow players.

Eville is a game where intrigue and collaboration go hand in hand and where cunning strategies can be played out in sessions for up to 12 players. Depending on a player’s alignment of Villager or Conspirator, they’ll collectively look to either get to the bottom of the nefarious shenanigans to uncover the real perpetrators, or they’ll need to employ deception to throw everyone else off the scent if they are indeed the culprit.