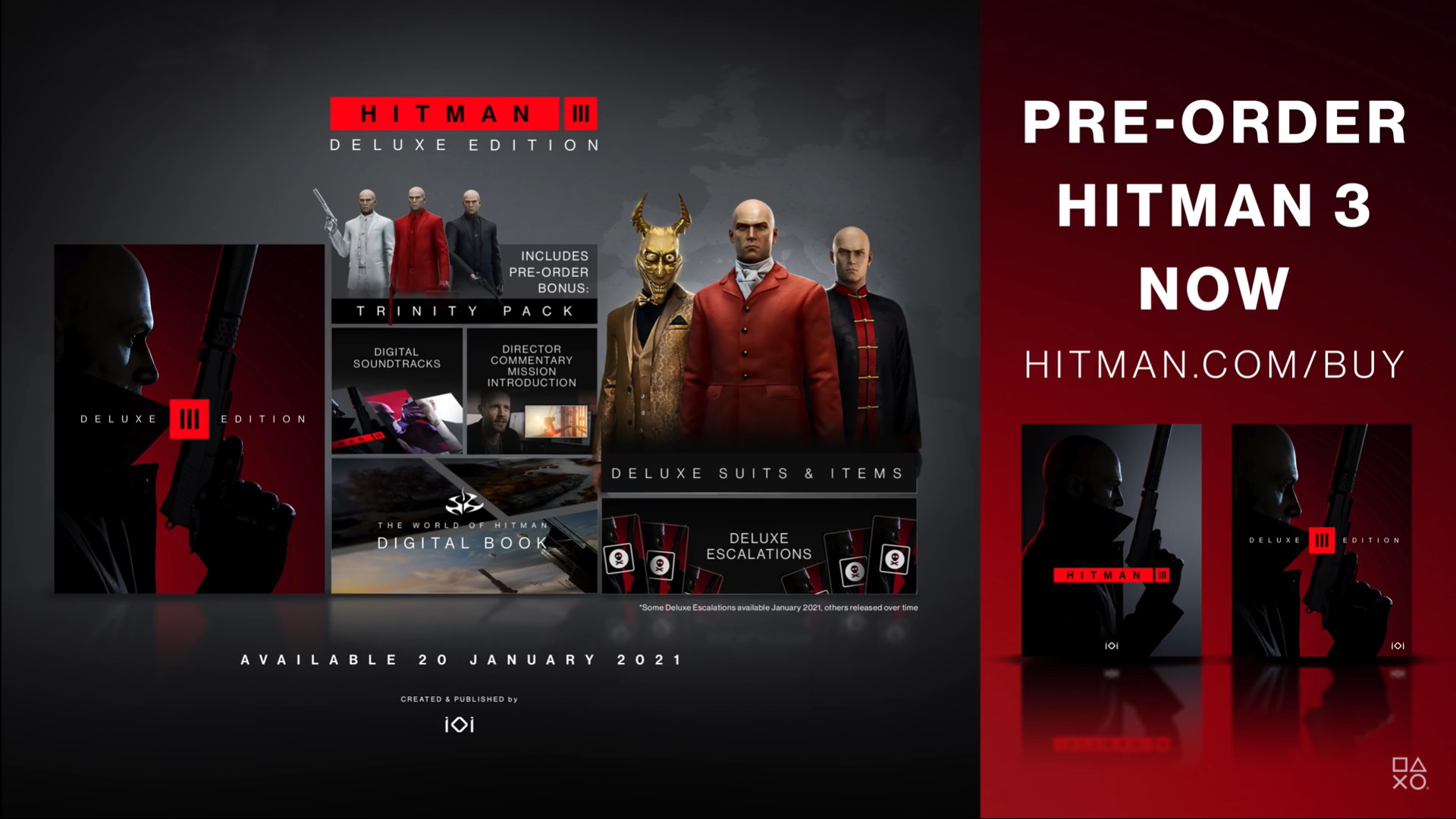 IO Interactive is proud to present HITMAN 3 gameplay in 4K at 60 fps with the release of a new trailer, Introducing HITMAN 3. Showcasing in-engine footage, this new trailer introduces fresh gameplay opportunities, the return of fan-favorite features, and a full overview of the gameplay concepts and scenarios that players will experience when the game launches on 20 January 2021.

Powered by IO Interactive’s proprietary Glacier engine, HITMAN 3 puts you in full control of Agent 47’s deadly abilities, his razor-sharp instincts, and his entire arsenal of weapons and tools that you can use to master the art of assassination. Get to grips with the new camera that can open locks and analyze your performance with the return of post-mission Playstyles that are awarded based on how you complete missions.

On next-gen consoles, HITMAN 3 will support 4k visuals, 60 fps, HDR, and faster loading times. The game will also bring refinements to interaction animation and AI, as well as Glacier’s crowd technology that will allow up to 300 NPC’s in a location at once.

HITMAN 3 players can import locations from the previous games in the trilogy and have more than 20+ locations under one roof. All of the improvements to rendering, animation and AI introduced with HITMAN 3 can be enjoyed across all three games, making HITMAN 3 the ultimate place to play the entire World of Assassination trilogy.

HITMAN 3 will also support PlayStation VR at launch in January 2021 – but it’s not only HITMAN 3 locations that are supported. Every location from the World of Assassination trilogy can be enjoyed in VR when you play them through HITMAN 3.

HITMAN 3 will be available on 20 January 2021 for PlayStation 5, PlayStation 4, Xbox Series X, Xbox One, Google Stadia and PC. HITMAN 3 will also be coming to Nintendo Switch, playable via cloud streaming technology. Pre-order today for access to the Trinity Pack, a celebration of the World of Assassination.