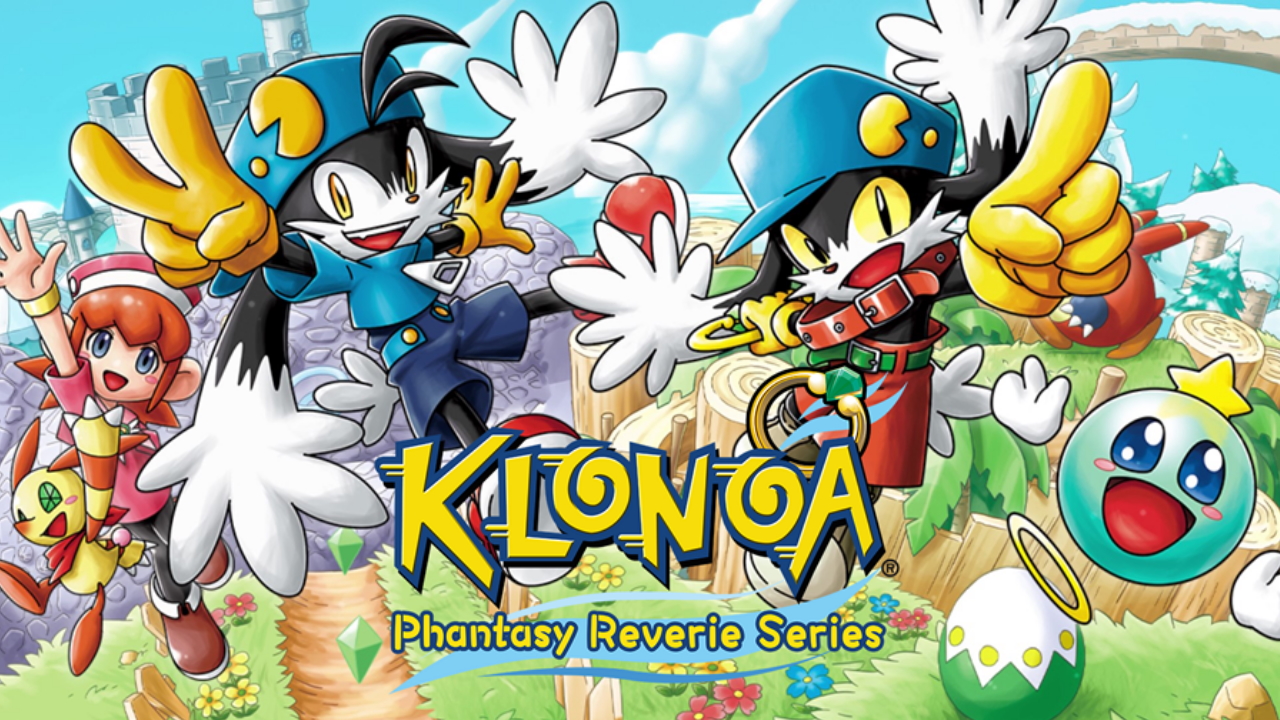 Bandai Namco has announced that pre-orders for the digital version of the Klonoa Phantasy Reverie Series are now available from online stores for PlayStation 5, PlayStation 4, Xbox Series X|S, and Xbox One.

At the same time, a trailer has been released to demonstrate the difference in graphics between the original versions and this newly remastered title.

*This site is provided in Japanese.

The links to online pre-order 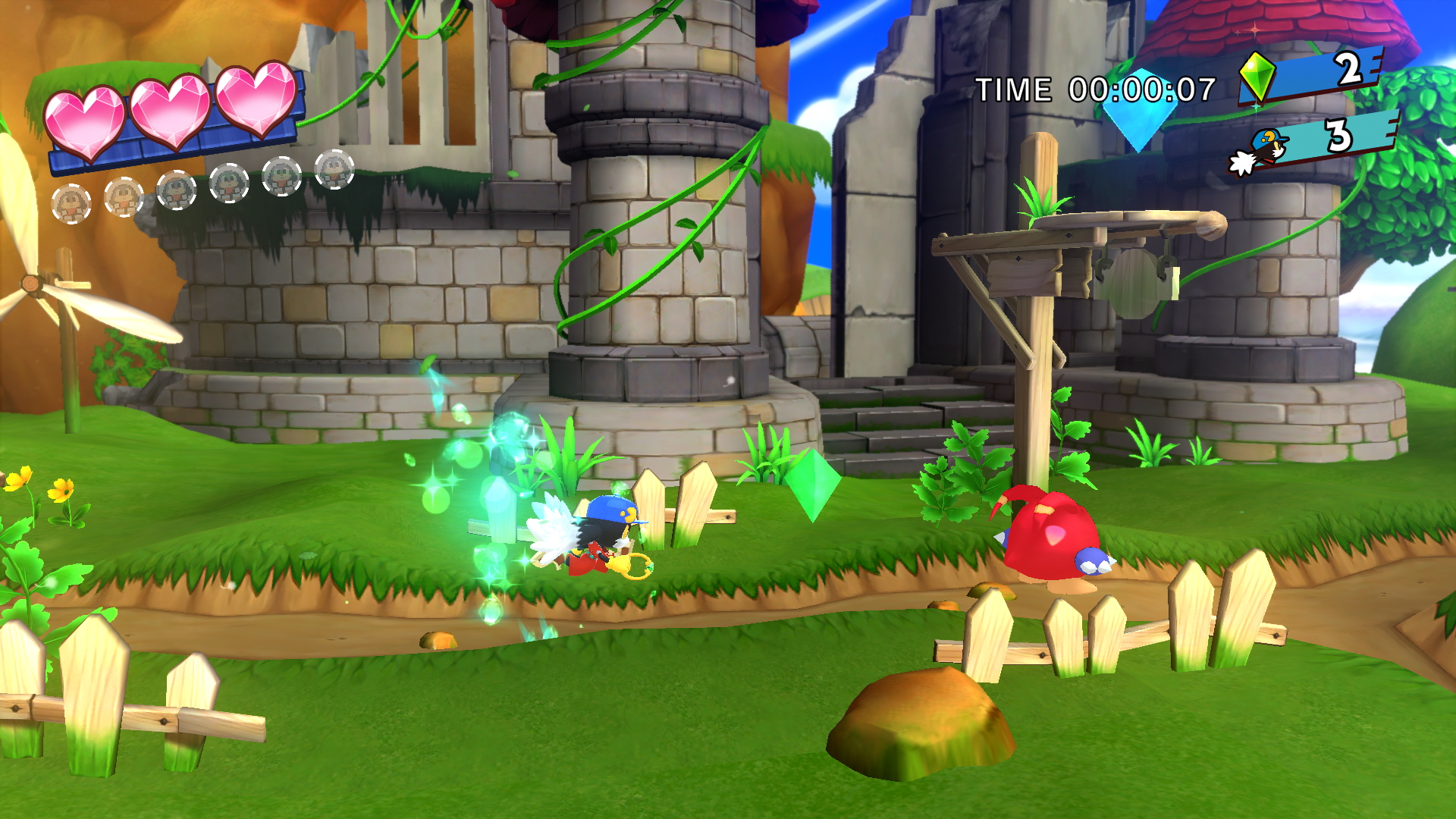 The standard edition includes just the game itself whereas the Digital Deluxe Edition comes with the following perks. 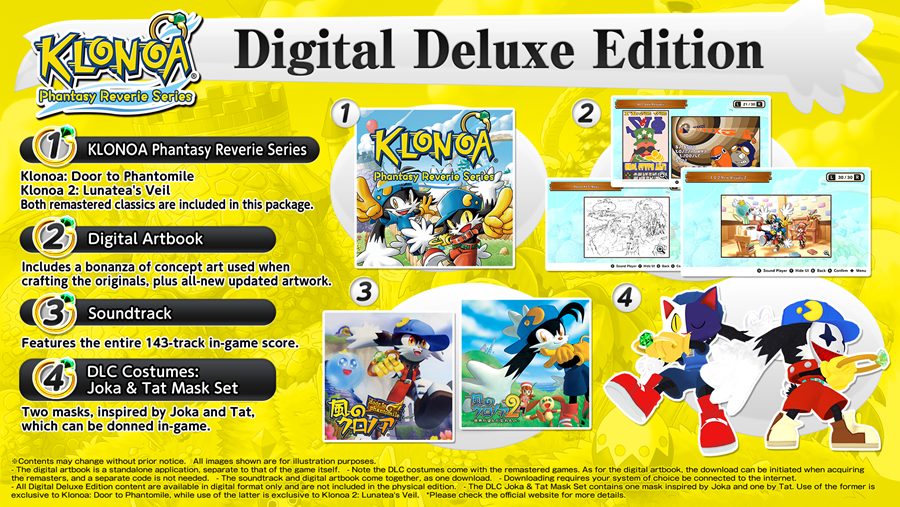 * As this bundle includes the same content as that in the “Digital Deluxe Edition”, please ensure that you are not making duplicate purchases.
*The “Deluxe Bundle” is not available in the STEAM® version.
*The design, content, and specifications may change without prior notice.
*Images are for illustration purposes only and may differ from the actual content.
*The Digital Art Book is available as a separate application to the main game.
*The soundtrack is attached to the Digital Art Book.
*The Joka mask from the “Joka & Tat” Mask Set can be worn in Klonoa: Door to Phantomile, while the Tat mask can be worn in Klonoa 2: Lunatea’s Veil.
*An internet connection is required in order to download this content.
*Access to Xbox Live (for the Xbox Series X|S and Xbox One versions), access to PlayStation™ Network (for the PlayStation®5 and PlayStation®4 versions) or access to the Nintendo eShop (for the Nintendo Switch™ version) is also required. 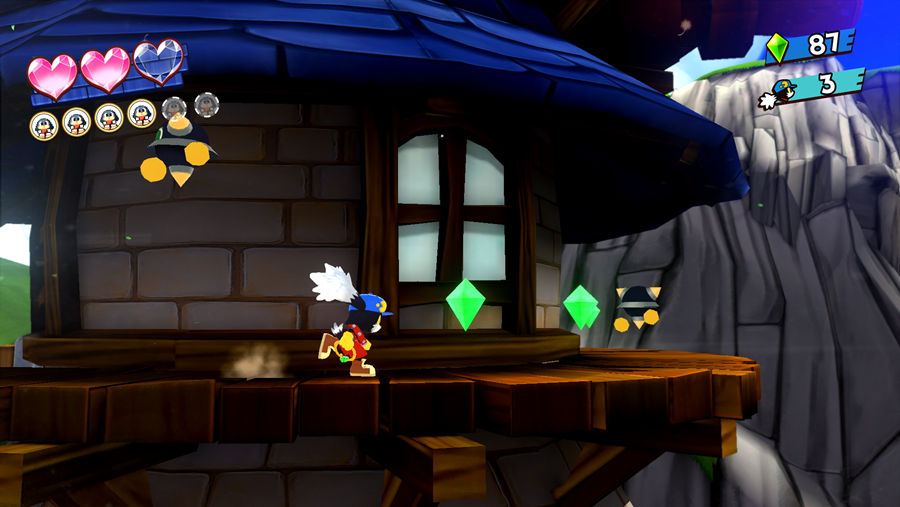 The Klonoa Phantasy Reverie Series are now available from online stores for PlayStation 5, PlayStation 4, Xbox Series X|S, and Xbox One.