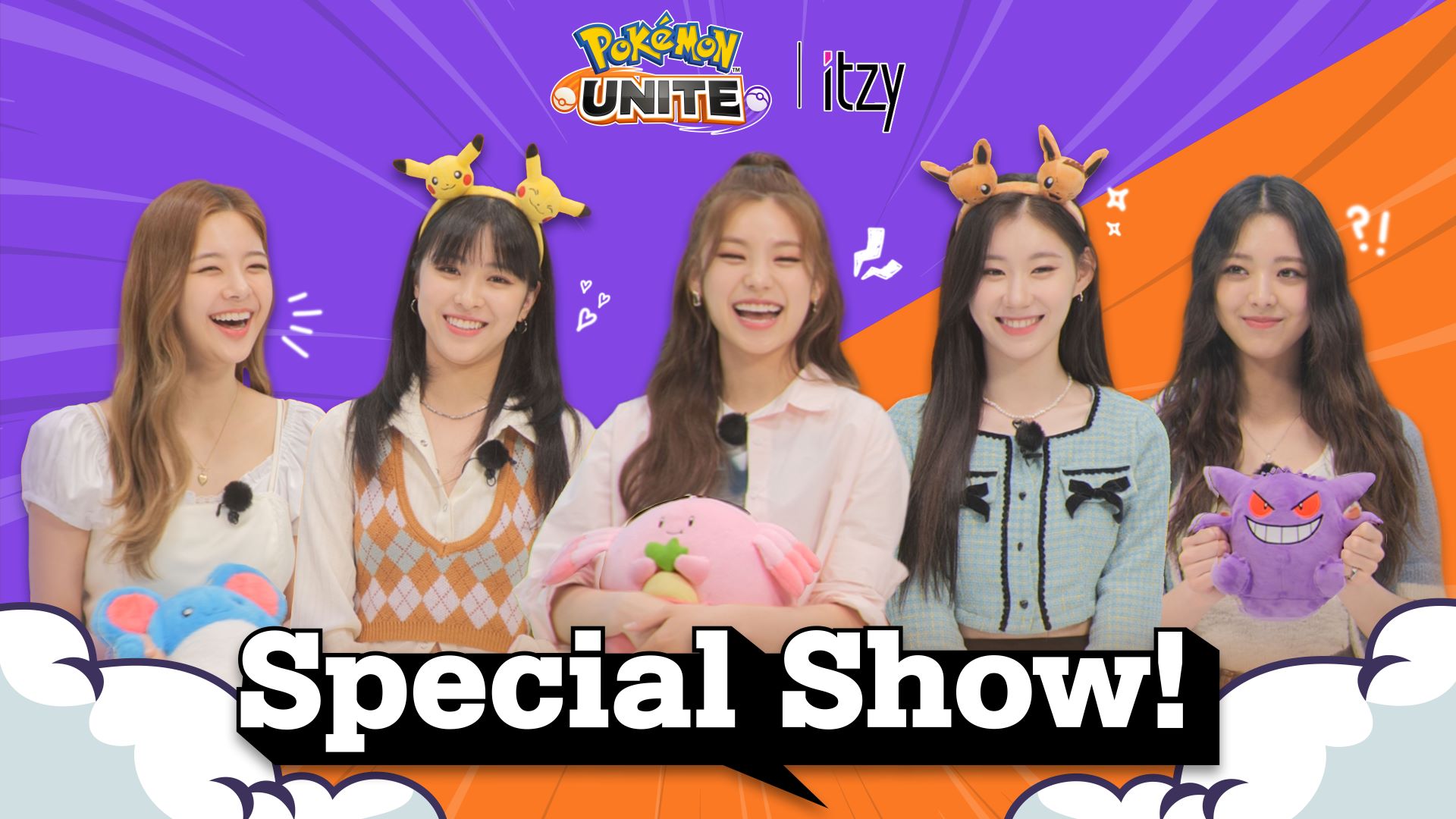 The Pokémon Company will be joined by JYP Entertainment’s five-girl group, ITZY, to celebrate the release of Pokémon UNITE for the Nintendo Switch and mobile devices.

As of today, July 6 (Wed), the commercial featuring ITZY has been released worldwide with a focus on Asia where the group has a particularly strong following. In addition, the “Pokémon UNITE/ITZY Special Show!” event video will be broadcasted simultaneously.

The Pokémon Company is working diligently to make sure everyone around the world gets to enjoy animated TV shows, card games, video games and more featuring Pokémon.

As of January this year, ITZY has already participated in campaigns for “Pokémon Legends: Arceus” and the “Pokémon Trading Card Game”, and will once again be a part of another Pokémon collaboration by celebrating the First Anniversary of “Pokémon UNITE” (July 21) starting July 6 with the pre-anniversary event. In just one year, “Pokémon UNITE” reached 70 million downloads worldwide.

The festivities will include a brand-new commercial featuring ITZY that will be broadcasted around the world accordingly. In addition to this, “Pokémon UNITE/ITZY Special Show!” event video, in which ITZY themselves play Pokémon UNITE, will be released on July 7. The ITZY members like to play Pokémon UNITE in their spare time, so be sure to check it out this URL and see the incredible battles that unfold!

Pokémon UNITE will be celebrating its First Anniversary on July 21 (Thu), and First Pre-Anniversary in-game event “Run-Up to the 1st Anniversary! Special Campaign” will be held starting July 7 (Thu) to celebrate. During the event period, you’ll have a chance to obtain really cute and colorful headwear, as well as stickers, backgrounds and more for Unite snapshots by clearing a variety of missions. All five members of ITZY will also be joining in on the festivities, so let’s get ready to celebrate the game’s First Anniversary!

“Pokémon UNITE” is a multiplayer online battle arena video game where players form two teams to strategically battle against one another. Free-to-play (*with in-app purchases).

​*An internet connection is required to play “Pokémon UNITE”.