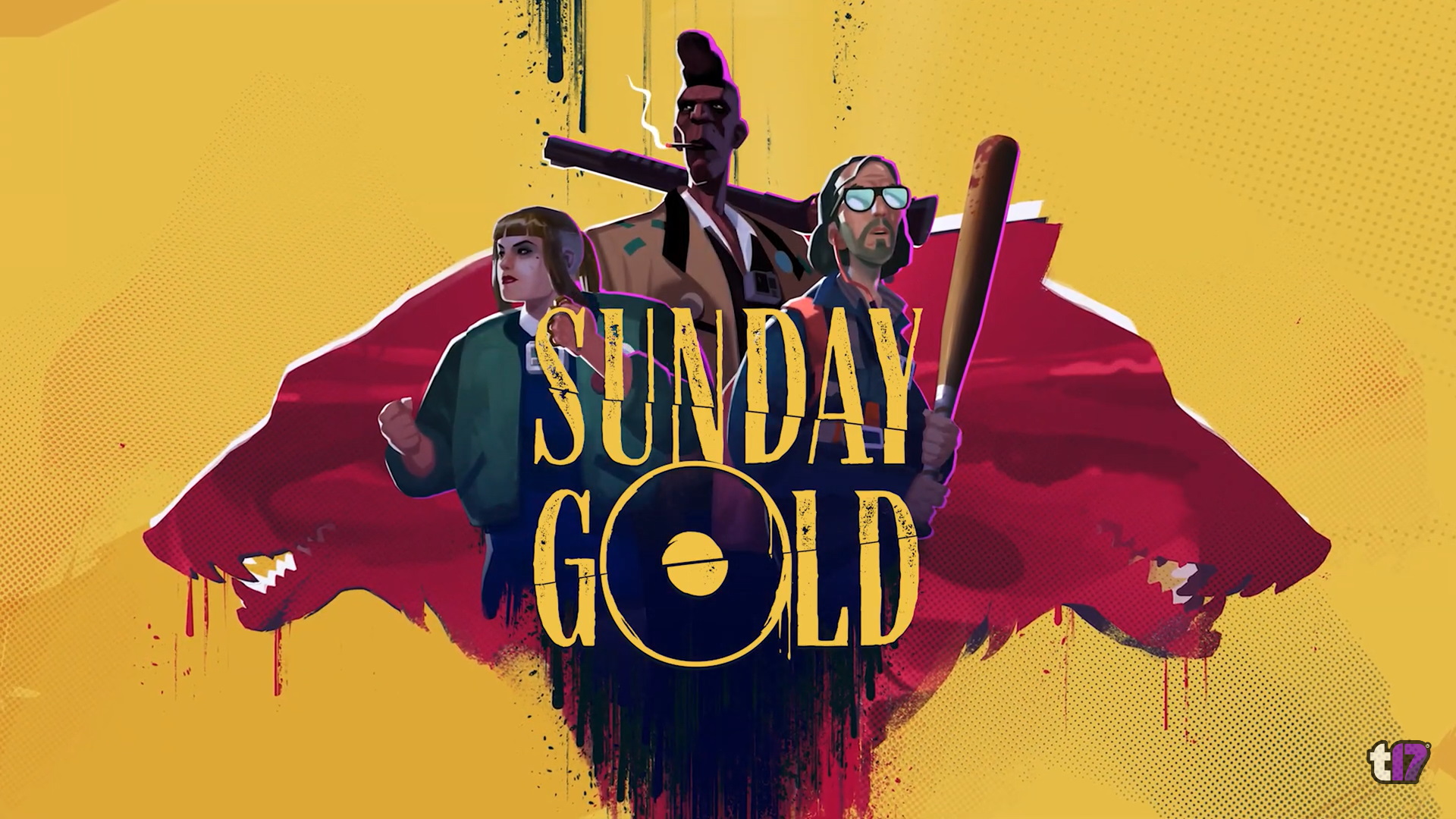 Team17 and BKOM Studios in collaboration with CMF, have announced dystopian adventure Sunday Gold will be coming to PC on September 13th, 2022. Combining stylish comic book style art and animation inspired by a visual concept developed by artists at VOLTA, intricate turn-based combat, and noggin’ scratching puzzles, Sunday Gold drops players into a bleak 2070s London, where crime is at an all-time high, trouble stalks the streets, and the corrupt elite is long overdue their bloody comeuppance.

Combining classic point-and-click adventure gameplay with escape-room style puzzles and turn-based combat, Sunday Gold follows Frank (aka ‘The Vengeful Ex-Con’), Sally (aka ‘The Activist’), and Gavin (aka ‘The Disgruntled Ex-Employee’) as they take on mysterious billionaire CEO Kenny Hogan. Players will swap control between the unlikely trio, utilising each con’s individual talents to hack terminals, pick locks, break down doors, and take down the bad guys.

For players wanting to give Frank, Sally, and Gavin a leg up in their latest escapade, the free-to-play prologue is now available on Steam, granting a snapshot of the debauchery and illegal activities the trio will get themselves embroiled in at launch.

Alright Gav, tell us how you really feel! 👀

Remember, you can still wishlist Sunday Gold on Steam!https://t.co/sL7FgplpFo pic.twitter.com/qdpvvWLTu0