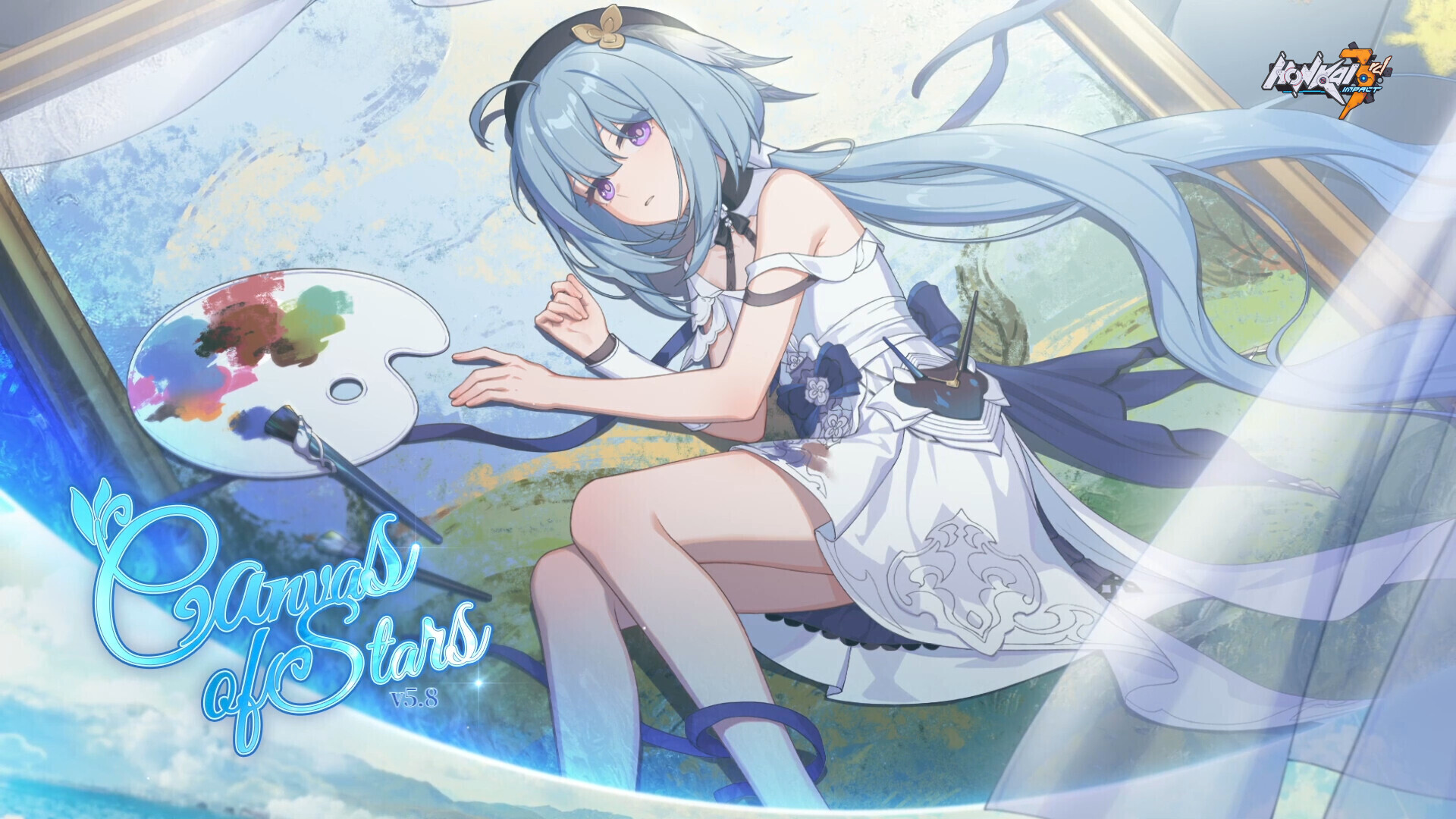 The Honkai Impact 3rd team announces that the action game will be updated to v5.8 Canvas of Stars on June 30. The beloved kid who has been spoiled by everyone around her, Griseo, also one of The Thirteen Flame-Chasers, will finally make her debut. In addition, the new story of Elysium Everlasting, along with the new Story Chapter Open World will also be released, bringing new features, new challenge mode, and new card event The Journey of Painting Stars! As usual, rewards and bonuses will await everyone after the version update!

Besides, Captains in Europe and America will have the chance to experience the world of Honkai Impact 3rd in July! To put it clearly, Honkai Impact 3rd is coming to Anime Expo 2022 in Los Angeles, US, from 1 to 4 of July with the booth located at #606, South Hall. Later from July 14 to 17, Honkai Impact 3rd will also show up at Japan Expo 2022 in Paris, France, with a booth located at B642, Aisle B, Hall 6. The team has prepared a multitude of fantastic activities including cosplay shows, on-site competitions and live performances, welcoming every visitor to enjoy and share the fun!

In the upcoming version 5.8 Canvas of Stars, the gifted young painter, PSY-type SP melee fighter providing Physical support – Griseo, is finally getting onboard Hyperion! She wears a white dress that conveys the minimalist design concept, also perfectly highlights the personality of her that is pure and unadorned just like a blank piece of paper. However, if taking a closer look, it is not difficult to spot some paint stains on her pure-white dress, of which the carelessness makes her image of a kid more realistic and vivid. Speaking of her battle, Griseo is a PSY-type SP melee fighter who provides Physical support mainly by applying the Bleed debuff. Griseo splashes paint on the battle field, landing different attacks that can grant corresponding buffs. As for her ultimate, it unfolds a huge piece of canvas and deals one-time AoE DMG to enemies. The color buffs that come along can also be transferred to the next deployed Valkyrie if she exits during the time. As a talented artist, Griseo can also paint out Mr. Knight, the gentleman that keeps her safe and holds her up whenever she is under attack.

The new featured card event, Journey of Painting Stars, will also come with the version update, bringing good fun for all Captains, especially those card-game lovers! Throughout the journey, players will be able to collect card partners called Painting Cards, and to form a lineup for battles! Various card upgrades can be gained by completing story battles and shop recruitment, so that players can keep boosting the power of their card partners! Tons of rewards, including Crystals and Material Options can be earned through battles. There will also be a chance to receive Luna Kindred’s new outfit, Before the Dawn! 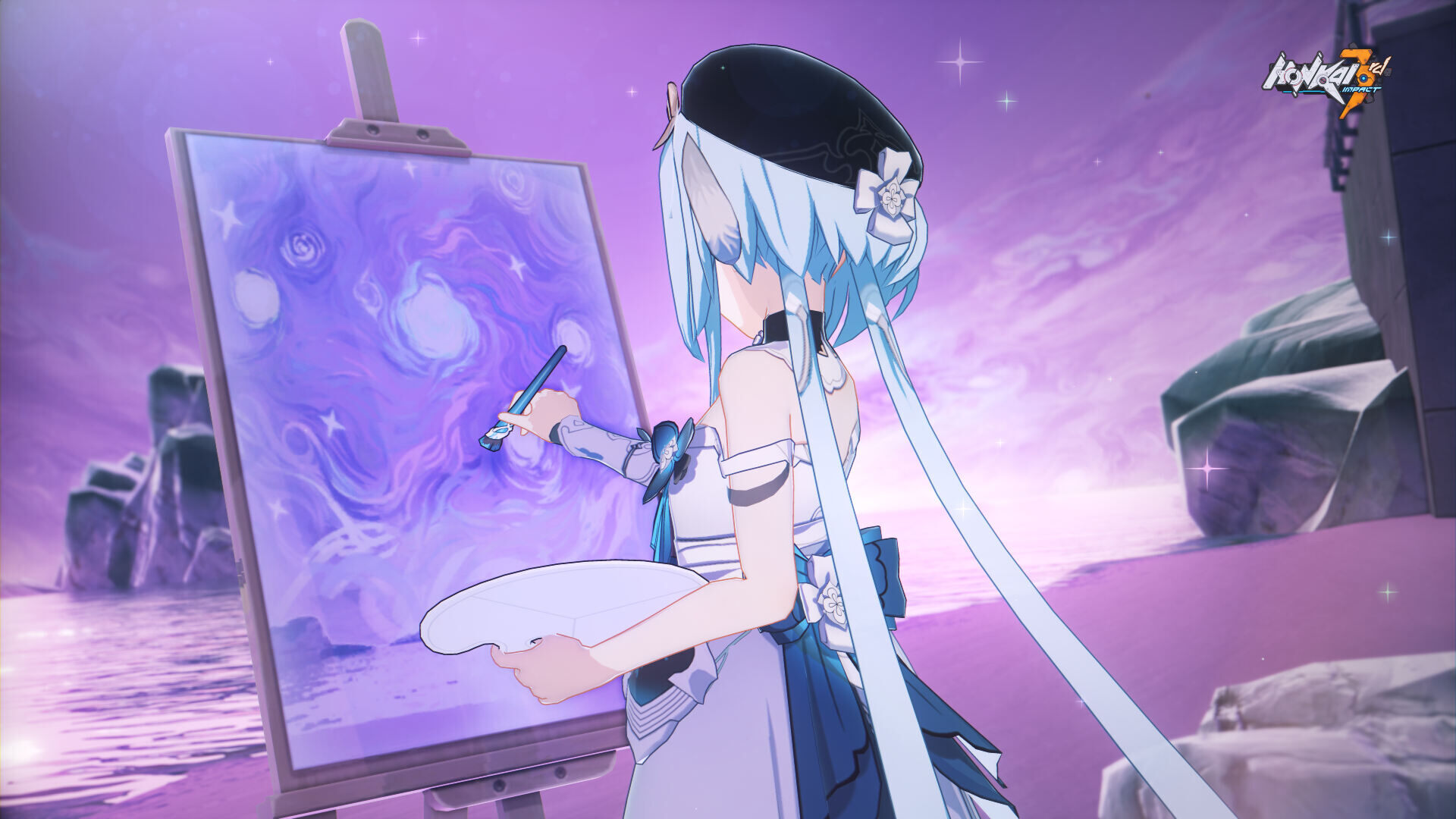