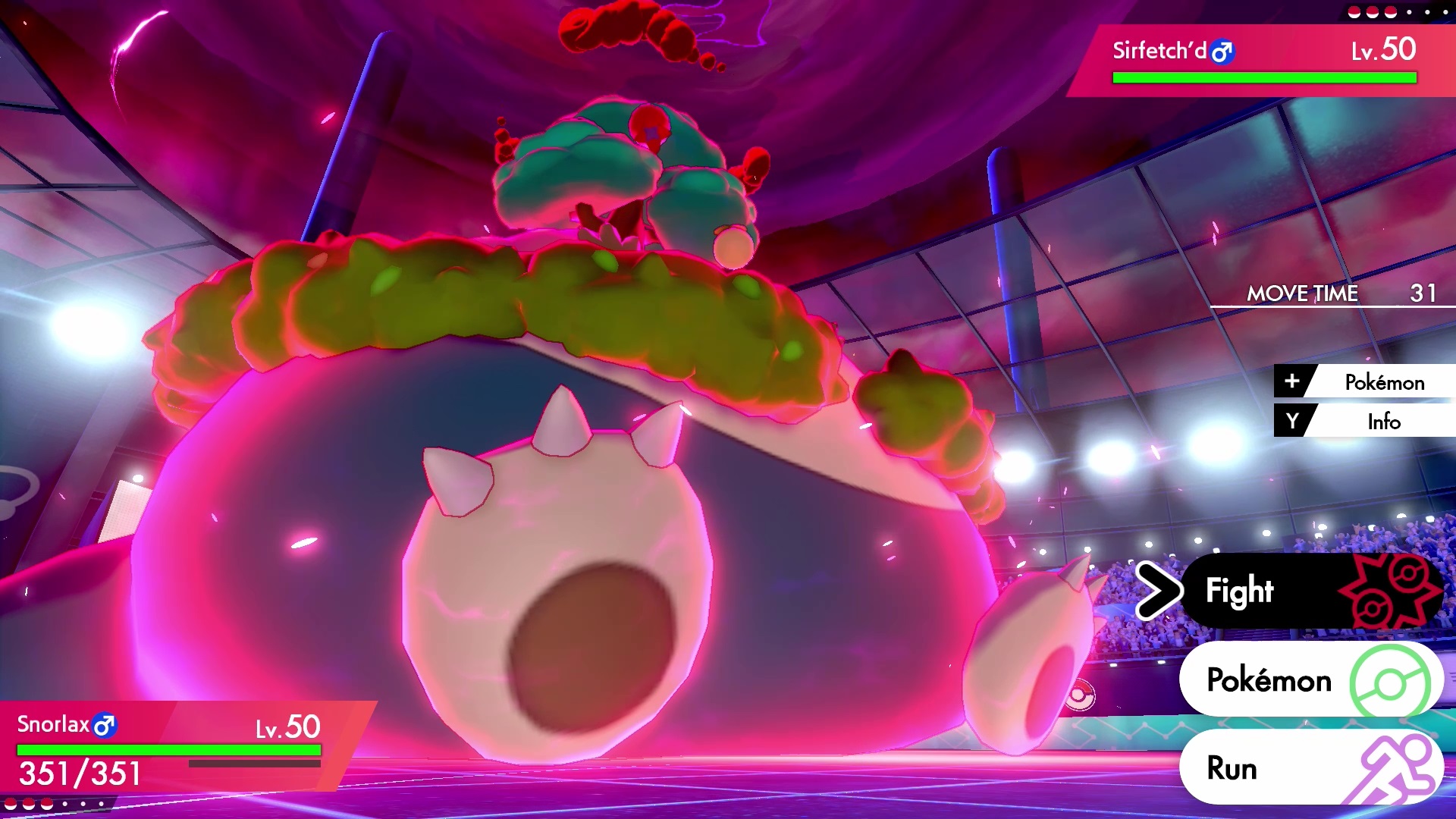 Gigantamax Snorlax will appear more frequently in Max Raid Battles from Wednesday, December 4, until early January (schedule subject to change). Trainers can check out the Pokémon Dens that dot the Wild Area to battle this gigantic form of Snorlax. A connection to the internet will be required to participate in Max Raid Battles. Connecting their Nintendo Switch system to the internet will automatically enable Trainers to encounter the latest Pokémon appearing in the Wild Area. Players can also achieve the same results manually by opening the X menu in their game, selecting Mystery Gift, and then selecting Get the Wild Area News. 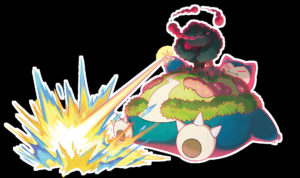 Thanks to the power of Gigantamax, the Berry seeds and small rocks that were tangled in Snorlax’s belly fur have undergone explosive growth. With a tree sprouting upon its belly, Gigantamax Snorlax has the majesty of a great mountain. Even though it almost never moves, Gigantamax Snorlax is said to be one of the strongest Dynamax Pokémon discovered. When the time comes for it to battle, it lifts its upper body by just a tiny amount and attacks by flailing with its arms and legs—actions that actually pack a tremendous punch. When Snorlax is Gigantamaxed, its Normal-type attacks will be transformed into G-Max Replenish. G-Max Replenish doesn’t just deal damage to targets—it can also restore any Berries that Gigantamax Snorlax’s allies have eaten during the battle.