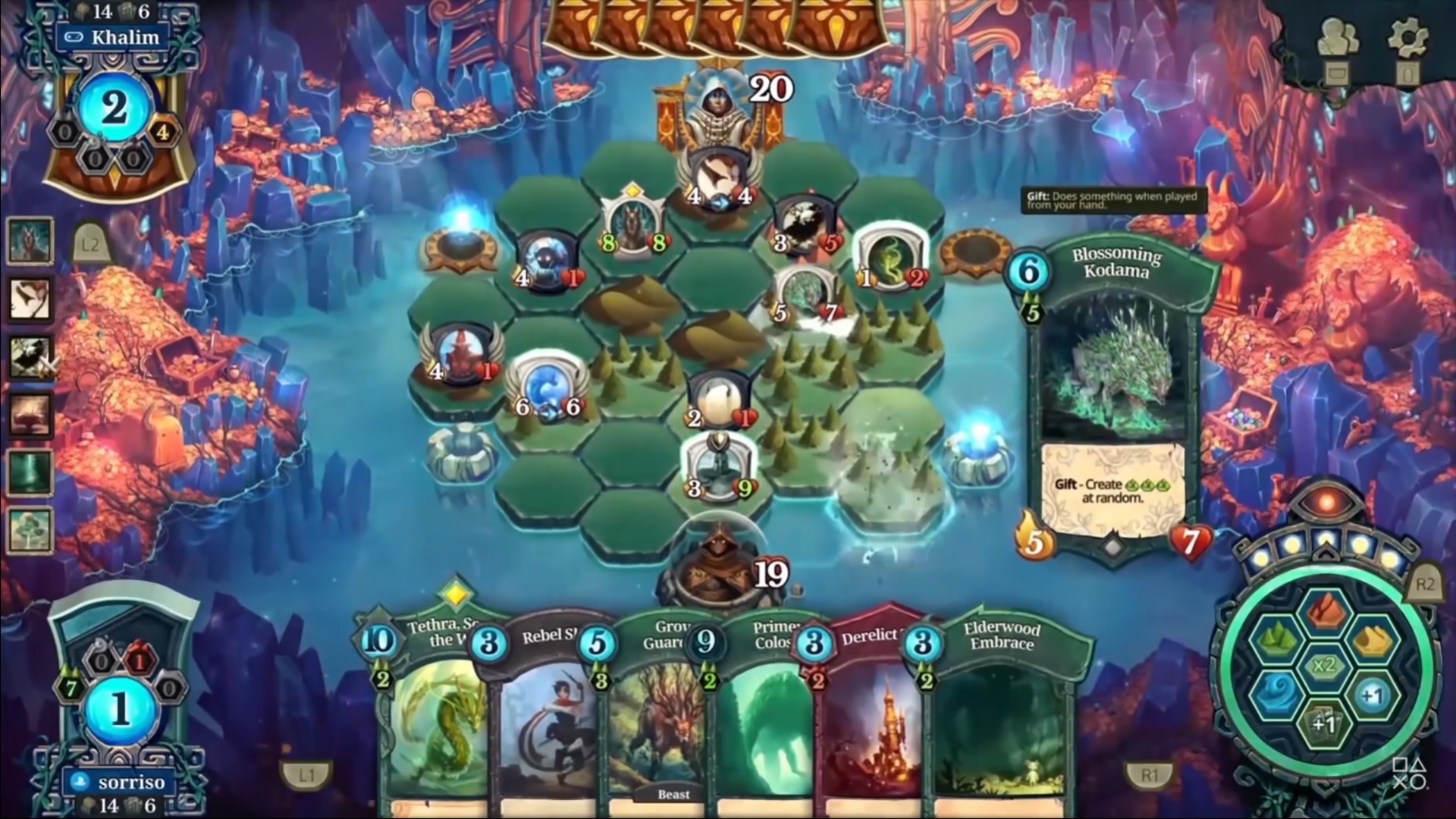 Following its success on PC with 1 million players and recent release on Xbox One and Nintendo Switch, Indie publisher Versus Evil and developer Abrakam Entertainment are pleased to announce that digital collectible card and turn-based strategy game Faeria is out now on PlayStation 4.

Faeria’s launch on PlayStation 4 brings a whole new community of players into the fray with full cross-play support and means that gamers on PlayStation 4, PC, Nintendo Switch, and Xbox One can all go head to head. Players can craft exciting decks and shape the battlefield as they fight epic battles, raise mountains, build forests, fill lakes, or harness the sands of the deserts during play. With Faeria’s beautifully illustrated cards and strategic gameplay at its core, players will enjoy over 100+ hours of single-player content, co-operative missions, and puzzles to a vast array of single-player challenges, to hone their deck building skills and strategies. Players can take their decks online and go head to head in ranked and casual PVP matches or in Pandora, Faeria’s take on draft mode.

“Faeria’s innovative ‘living board’ sets it apart from other CCG titles where your cards and board management makes it strategic, fresh and fun to play. With the launch of Faeria on PlayStation 4, we now have a fully cross-platform CCG bringing a well crafted fantastical world of creatures, magic and strategic combat for all players to enjoy – Congrats to the Abrakam Entertainment team and our porting partners at Fishing Cactus for helping us complete this journey.”

Faeria launches on PlayStation 4 with the support of several DLC packs available including Chronicles of Gagana, Fall of Everlife, Resurgence as well as the Premium Edition DLC and Puzzle Pack Elements.

Deckbuilding is reinvented with Roguebook