Singapore’s powerhouse and past season champion EVOS SG has revealed their teams’ new line-up as the 5th season of the Professional League draws near. They retain 50% of their roster from last season and remain among the directly invited teams who will be competing in the upcoming Regular Season.

Take a look at the roster details below:- 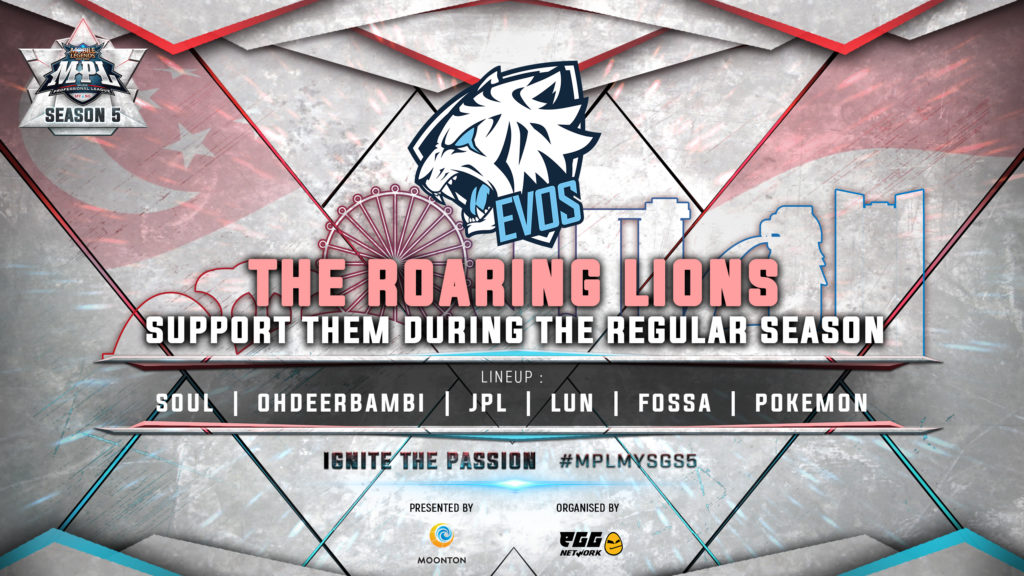 The teams that were brought to compete at MPL-MY/SG Season 5 were confirmed by Moonton themselves on 17 January. The five teams that will gain direct entry into the Regular Season of the upcoming tournament are:-

4 Malaysian teams and 1 Singaporean team are making their way into the Season 5’s roster. The upcoming qualifiers will determine two qualifiers from Malaysia and three from Singapore. The qualifiers in Malaysia will be held on 7-9 February, while the qualifiers in Singapore will take place on 15-16 February.

Esports is booming amidst the COVID-19 crisis, with viewership numbers on a steady rise, and things are about to get even more exciting: Razer,...
Read more
Community