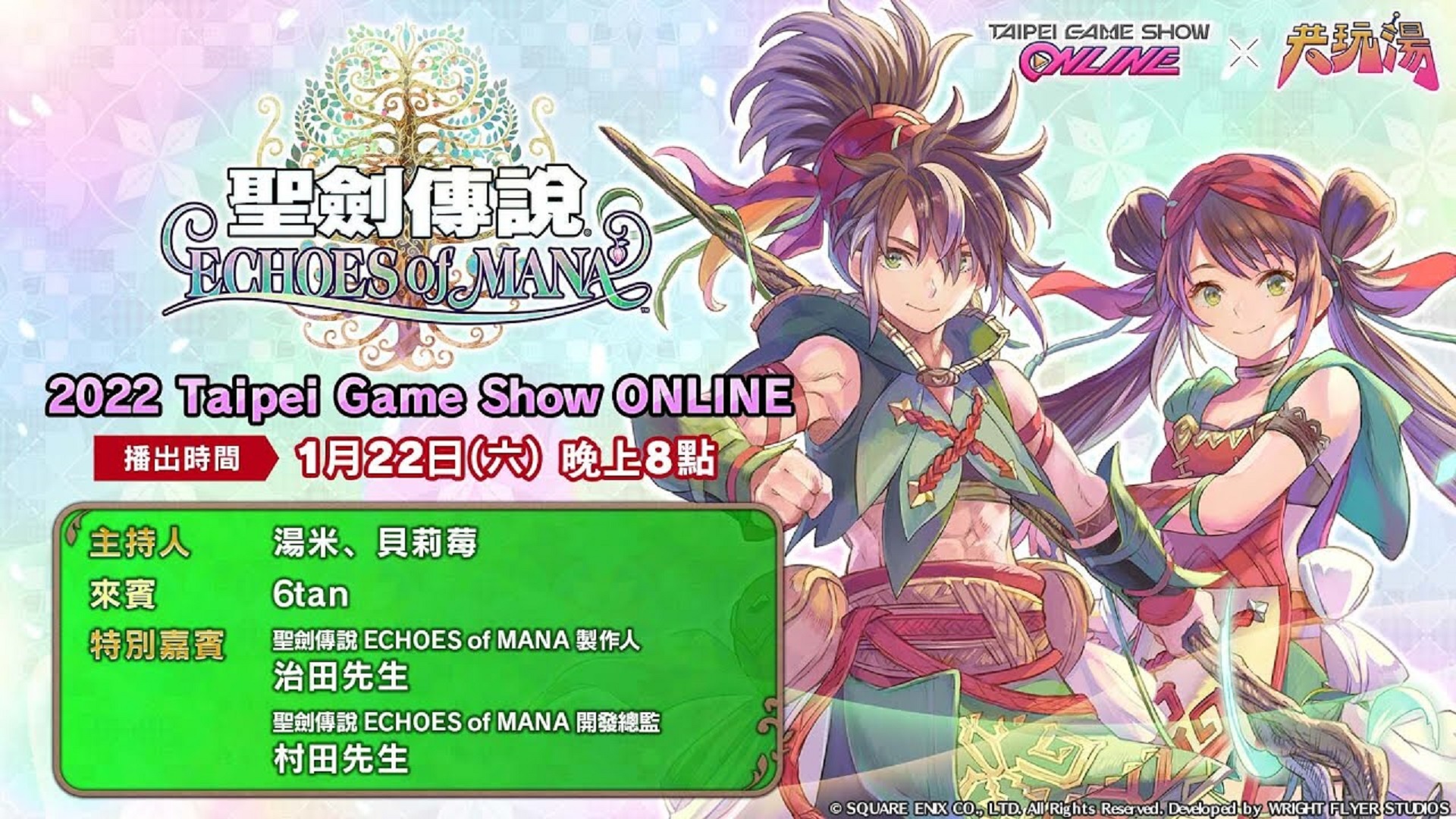 SQUARE ENIX has announced that Echoes of Mana, a mobile action RPG developed by WFS, Inc. will be featured during a Taipei Game Show special program presentation.

Echoes of Mana will be featured in a Taipei Game Show Special Program presentation scheduled to begin on Saturday, January 22nd, 2022 at 8:00 pm (Taipei Local Time). Hosts Tommy and Beryl and special guest commentator 6tan alongside members of the Japanese development team invite you for a deep dive into Echoes of Mana! The program will include sneak peeks at in-game features including the tutorial, battle gameplay, and co-op battles! Don’t miss this exclusive look at the exciting features to appear in Echoes of Mana!

Echoes of Mana is a new free-to-play action RPG coming to mobile devices. Echoes of Mana will feature an original story that weaves together both new and beloved Mana series characters alike. Players will be able to enjoy the action gameplay they love from the series, and battle with friends through a multiplayer mode