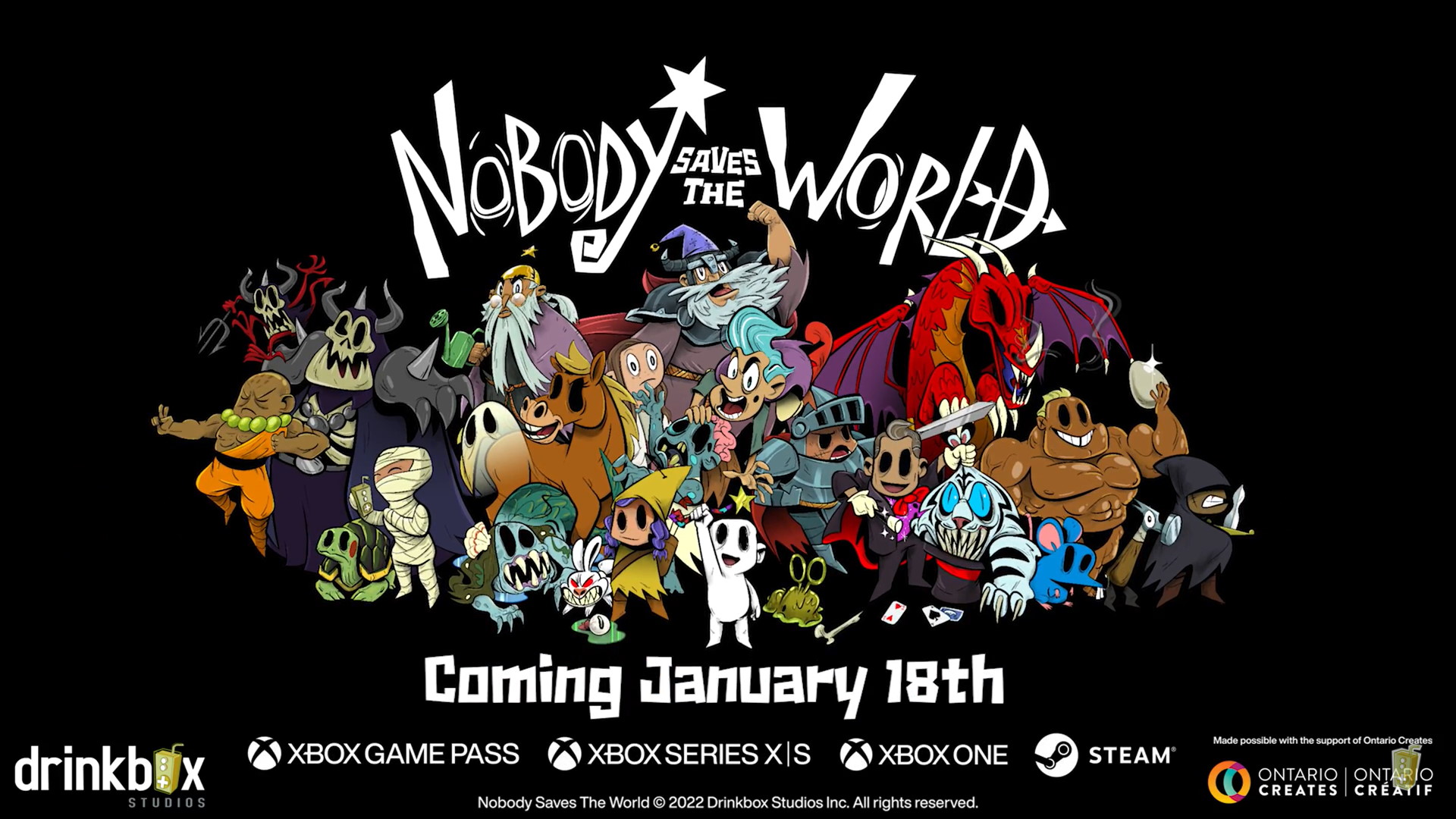 Drinkbox Studios (Guacamelee!, Severed) announce their quirky Action RPG, Nobody Saves the World, which will be released on January 18th on Xbox Series X|S, Xbox One, Windows 10, and Steam for $24.99 USD. The game will also launch as part of Xbox Game Pass on Xbox platforms, Windows 10, and Cloud.

Players will be able to experience the entirety of Nobody Saves the World’s campaign with a friend through an online co-op within the same platform ecosystem.

Nobody Saves the World‘s original soundtrack by acclaimed composer Jim Guthrie (Below, Sword and Sworcery) will be made available for purchase on Steam and on streaming platforms alongside the game’s release.

Transform from a featureless nobody into a SLUG, a GHOST, a DRAGON, and MORE in this new take on Action RPGs from the creators of Guacamelee!
Complete quests to discover and swap between 15+ varied and distinct Forms. Mix and match abilities in unexpected ways to unlock and complete even MORE challenging quests. Explore a vast overworld – on your own or with a friend online – while clearing shape-shifting dungeons in an effort to stop The Calamity and SAVE THE WORLD!

The Zombie while cool, does gradually lose health, but with their passive ability when you attack you gain health back!

Combined with the Monk's Smite (activates on losing health) + the Robot's Steel Plated (reduces health loss when damaged), you will be 💪 pic.twitter.com/tjHSWVXfvb

You are nobody in Nobody Saves The World, Drinkbox Studios fresh take on Action RPG’s