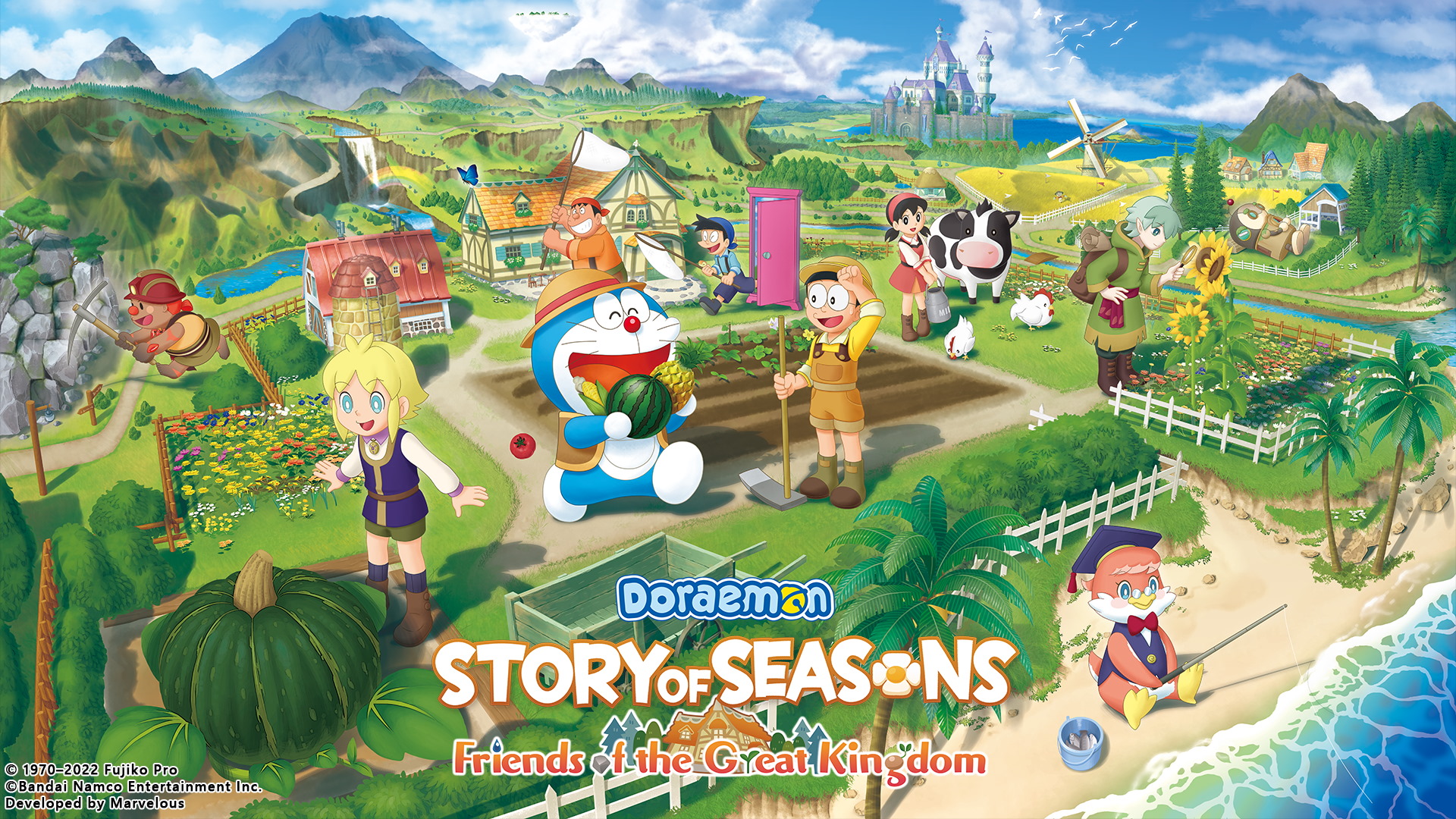 Bandai Namco Entertainment Asia has announced that its popular farming-sim game DORAEMON STORY OF SEASONS: Friends of the Great Kingdom, the latest instalment in the DORAEMON “Story of Seasons” series, will be released on the Nintendo Switch™, PlayStation🄬5, and Steam🄬 in 2022.

In addition to the quests found in all of the “Story of Seasons” games, such as raising crops and caring for animals, a wide range of unique Doraemon-themed activities using secret gadgets are also available – with new games and gameplay elements added, as well as a touching and inspiring new story for this new title.

Due to a strange confluence of circumstances, the friends find themselves transported to an unknown planet. There, they meet a boy named Lumis, and they agree to live and work on his farm to help him realise his dream.

Secret gadgets that bring life on the farm to life

Using Doraemon’s secret gadgets, farming is more convenient not to mention fun. “Mini Raincloud” can be used to water crops, while “Farm Restaurant” can harvest them and create a wonderful meal.

Players can also combine “Hopters” with “Extra Hold Cloud Spray” to visit farms above the clouds and use the “Adapting Ray” to dive beneath the waves and farm pearls.

A world of relaxation that has been beautifully created

The beautiful storybook feel of the game’s world has been upgraded further by the addition of more realistic features including natural light, wind, and environmental sound effects. The game features a wide array of stunning locations – from golden fields of wheat and the view of the distant horizon from the headlands to deep and mysterious forests.

Watch as the world changes its appearance over time and as the season pass, creating the ultimate balm for the weary soul.

Play with a friend!

The game features a multiplayer mode allowing players to play with one friend to either work the fields in tandem, fishing, and who knows? That big turnip you can’t pull up alone might just come unstuck if the two of you work together.

DORAEMON STORY OF SEASONS: Friends of the Great Kingdom will also be available in Thai and Bahasa Indonesia. The game will release sometime later in 2022 on the Nintendo Switch™, PlayStation🄬5, and Steam🄬.