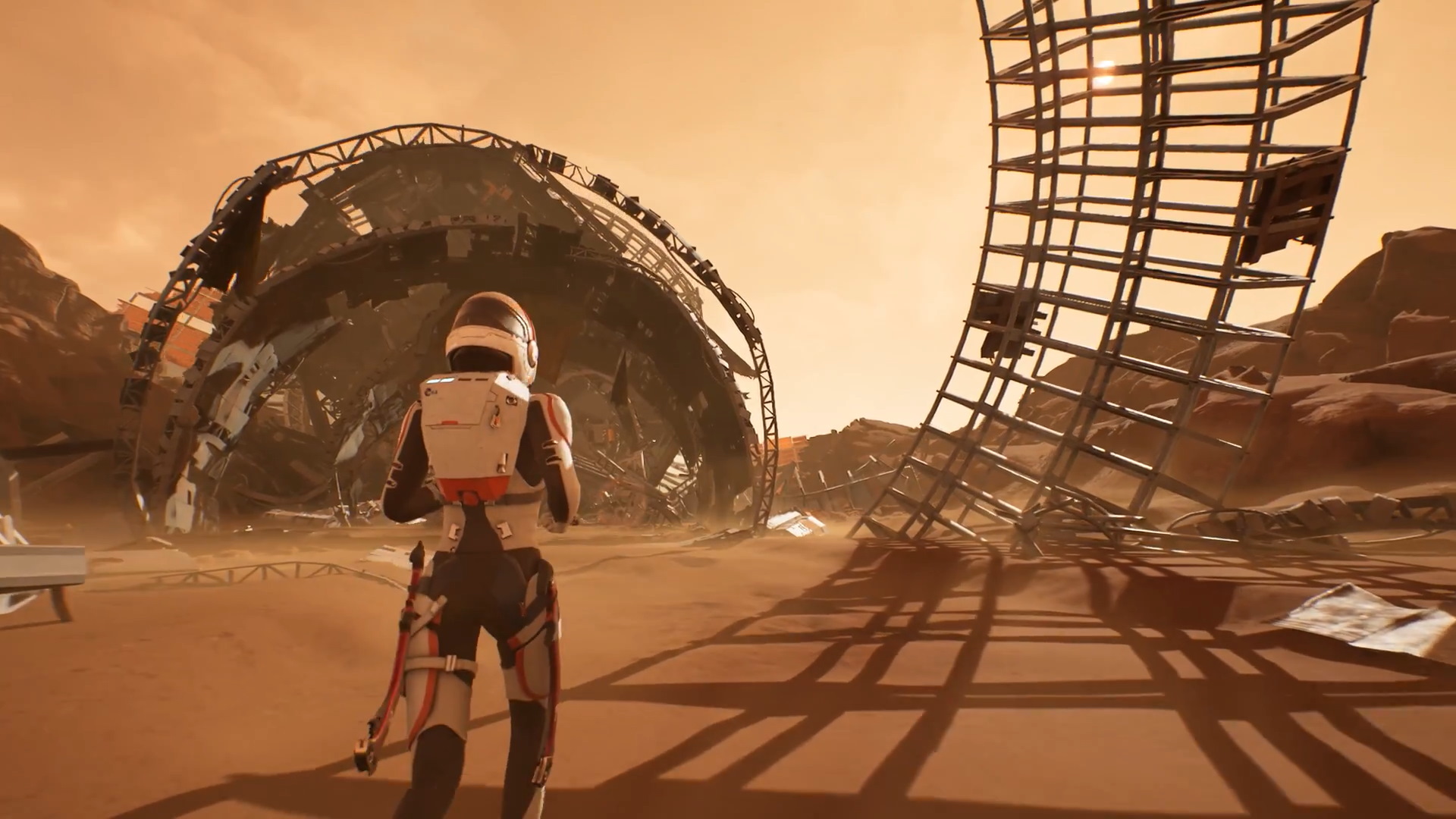 Frontier Foundry, revealed that the cinematic sci-fi adventure game Deliver Us Mars will launch on September 27th for PlayStation 5, PlayStation 4, Xbox Series X|S, Xbox One, and PC via Steam and the Epic Games Store.

At launch, the game will be available on all platforms for a suggested retail price of £24.99/$29.99/€29.99, while the PC-only Deluxe Edition featuring the base game and the original soundtrack will be available for a suggested retail price of £29.99/$34.99/€34.99. Players can pre-order any version of the game from today until launch and receive a 10% discount*.

Deliver Us Mars tells the story of Kathy Johanson, who joins the crew of the Zephyr space shuttle on a desperate mission to the Red Planet. Their goal is to save a rapidly-declining Earth by retrieving vital colonization vessels known as the ARKs, which the shadowy organization ‘Outward’ stole years earlier. Kathy has another personal motivation for joining the mission to save humanity, however: her father, Isaac, joined Outward on its escape to Mars after being forced to leave his daughter behind when she was a child. Now, after a mysterious message from the Red Planet hints at a connection to her past, Kathy is determined to discover its source.

To celebrate the reveal of the #DeliverUsMars 27 September release date, we're giving you another chance to win an Xbox Series X!

Players will progress in Deliver Us Mars by conquering platforming challenges, solving complex puzzles, scuba diving, floating in zero gravity, and even executing a thrilling launch sequence inside a spaceship. They’ll experience a stunning depiction of Mars as they explore its sandy planetary surface, the interiors of the enormous ARK vessels, icy valleys, and abandoned colonies – not to mention sections of the game set on Earth and the Moon. With an action-packed story that mixes epic stakes, personal drama, and an unsettling larger mystery, players will uncover the truth behind the disappearance of Outward’s colonists and learn the fate of Kathy’s father.

The Red Planet is home to mysteries that only you can solve. pic.twitter.com/wZlDnXstsF

PC, PlayStation 5, and Xbox Series X|S players can look forward to an enhanced experience featuring real-time ray-traced shadows and reflections, with more console-specific functionality to be unveiled before launch. Deliver Us Mars will feature as part of the PC Gaming Show live stream on Sunday, June 12th, where the actress who plays Kathy Johanson will be introduced for the first time.

Prepare for a Struggle! Struggling Rolls onto PlayStation 4 and Xbox One on September 8th