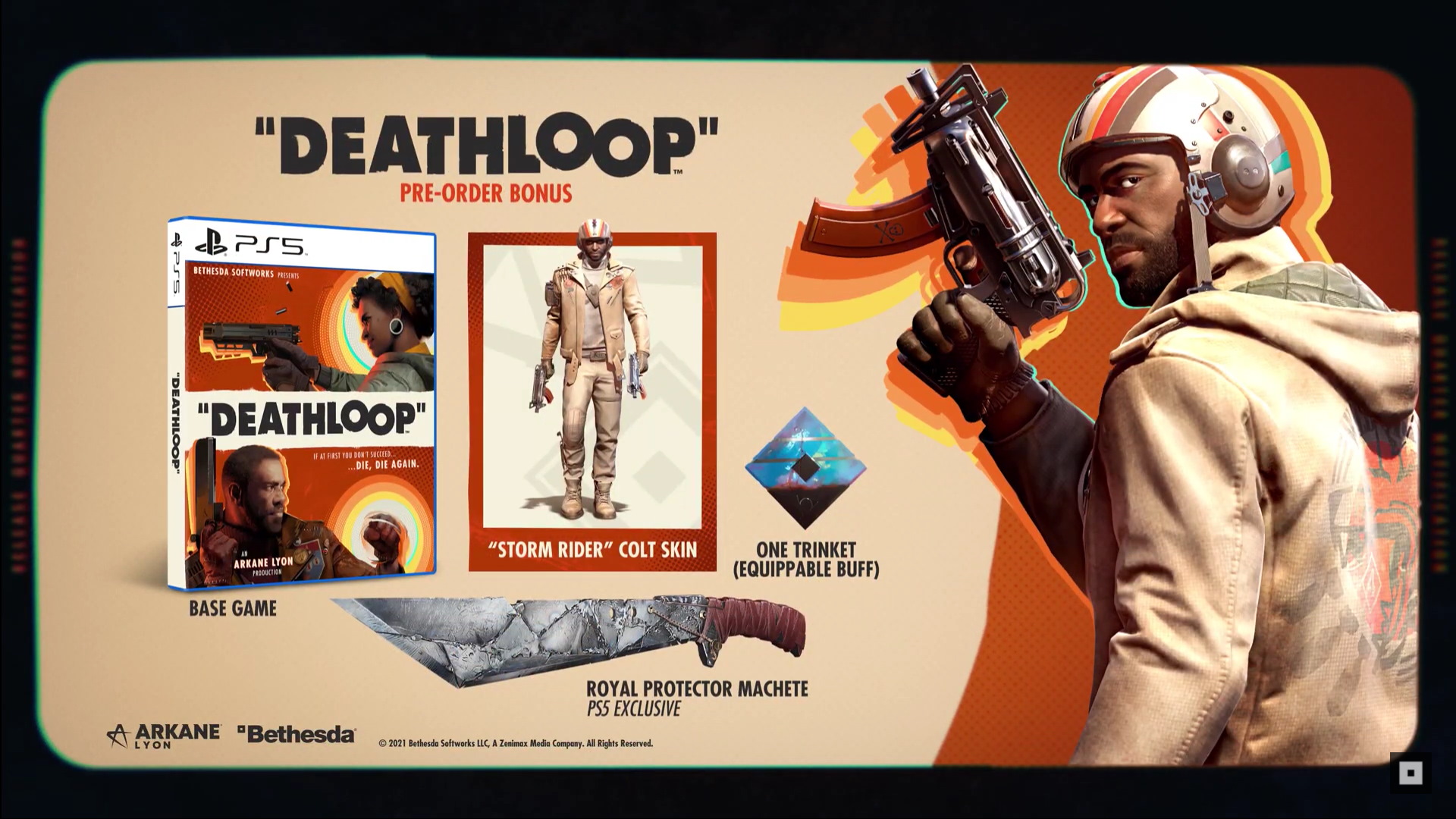 Everyone knows the feeling of déjà vu – that sensation that you’ve experienced something before. For Colt, this feeling is near-constant. Trapped in a time loop, Colt has been experiencing déjà vu for as long as he can remember. Every time the day loops, it’s a struggle to remember everything and use the knowledge he has to push himself forward and, hopefully, off the island of Blackreef.

DEATHLOOP tells the story of two supernatural assassins locked in an eternal clash. Every day is a battle of wits and weapons on the island of Blackreef, but Colt has found a way to put an end to the time loop. Unfortunately, his rival Julianna Blake, doesn’t want the time loop broken, and she will do everything in her power to stop him. There are many people in Colt’s way, but Julianna is by far the biggest threat on the island.

Julianna is also a playable character. While you will experience the main campaign as Colt, you also have the option to infiltrate another player’s game as Julianna and do some hunting.
If this PvP element is disabled, Julianna will still appear your game from time to time, hunting you, but she will be AI-controlled. The developers at Arkane Lyon built this system with a hybrid approach in mind. Both Colt and Julianna will have access to a powerful range of customizable weapons and abilities, and you can outfit them to suit your preferred playstyle.

As Colt, you have one day to eliminate eight targets who are responsible for keeping the loop functioning. If you miss even one, the loop will reset. But they’re scattered all over the island. How are you supposed to track them all down in just one cycle? In order to take out all of them before the day starts over, you’ll need to learn to manipulate the world around you, discovering your targets’ routines and schedules as you fight to solve the puzzle of the island. And the best part: You’re free to determine how to go about this. You can take every mission – main missions and side missions – at your own pace and in any order you choose as you assemble those puzzle pieces. Each day is an opportunity to learn and piece together the mystery. You’ll get stronger, you’ll try new things, you’ll discover new paths, and eventually, you’ll break this f***ing loop.