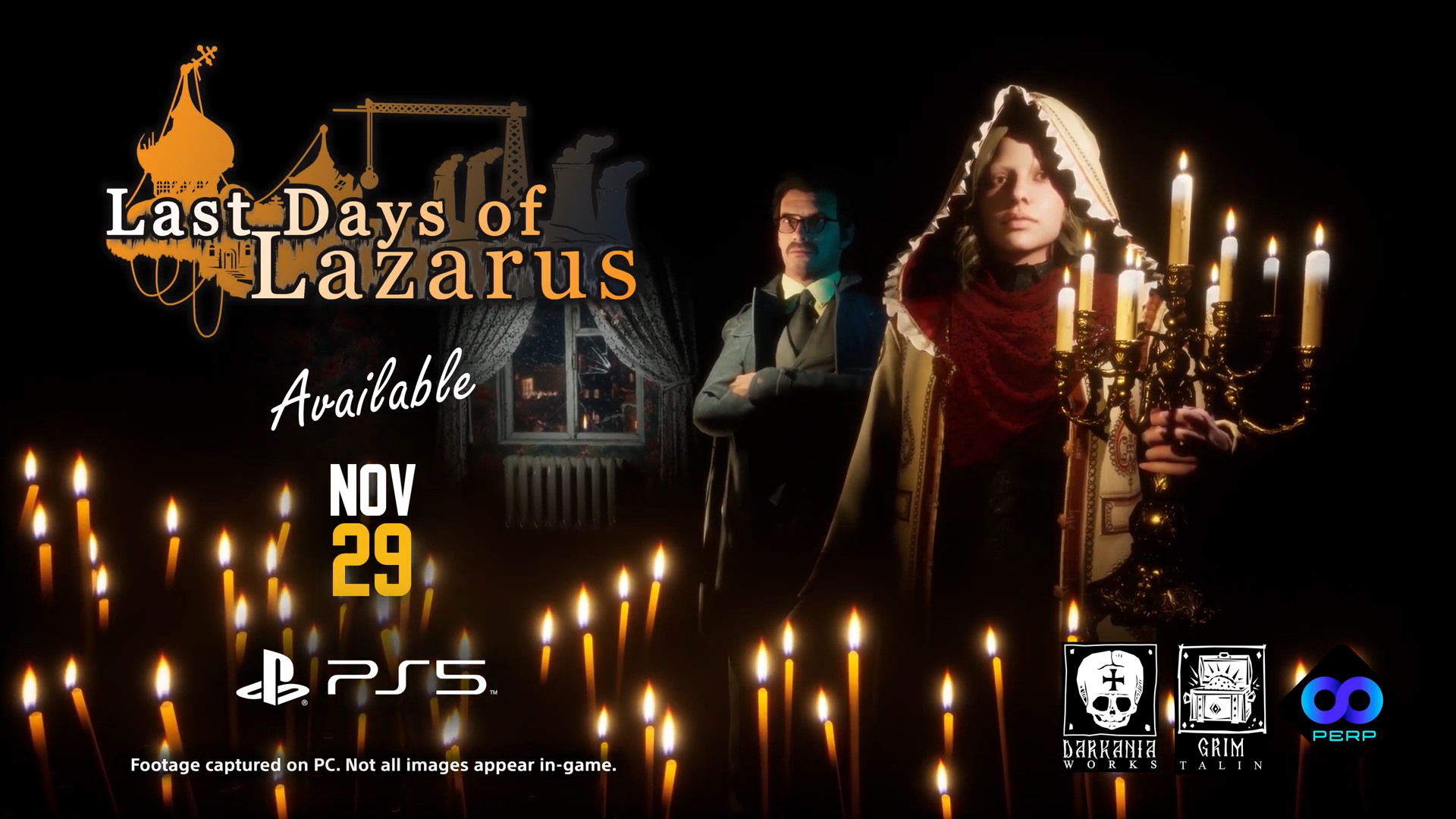 Darkania Works, GrimTalin, and Perp Games are proud to announce that the supernatural adventure game Last Days of Lazarus is arriving on consoles imminently. With its disturbing story, religious imagery, and the occasional scare, the title, heavily inspired by Romanian post-communist history, local superstitions, and religious beliefs, is set to unsettle PlayStation and XBSX players this holiday season.

This first-person narrative-driven game tells an enthralling story about family, loss and dark secrets, set on the backdrop of political turmoil and a spreading malediction. You play as Lazarus, a man with a troubled past, who returns home after his mother’s suicide to spend the holidays with his sister Lyudmila. But when she turns out missing and unexplained supernatural events happen in their childhood home, Lazarus sets out on a quest to uncover not only his sister’s fate, but also to reveal the dark secrets in this family’s disturbing past.

As if the paranormal events and a spreading malediction wouldn’t be enough, the country itself seems to be falling into disarray, with civil war brewing as the new political regime tightens its grip on power. Split into eight chapters, the story will take you to five detailed locations inspired by actual places from Romania and its post-communist history. Explore, meet strange characters, find documents and solve light puzzles to learn about what happened to this troubled family.

The game releases on PlayStation 5 on November 29th, with the Xbox Series X version coming a bit earlier, on October 28th. It will retail digitally for $19.99 / 19.99€. The PS5 physical edition made in collaboration with Perp Games, will release on December 2nd and will include a digital mini artbook and other bonus digital content. A Special Edition will also be available through the Perp Store.

Last Days of Lazarus was made in Unreal 4 as a collaboration between Darkania Works and GrimTalin, two small indie studios from Iasi, Romania.

Sci-Fi FPS horror, The Persistence sets for summer release on PS4, Xbox One, Switch, and PC