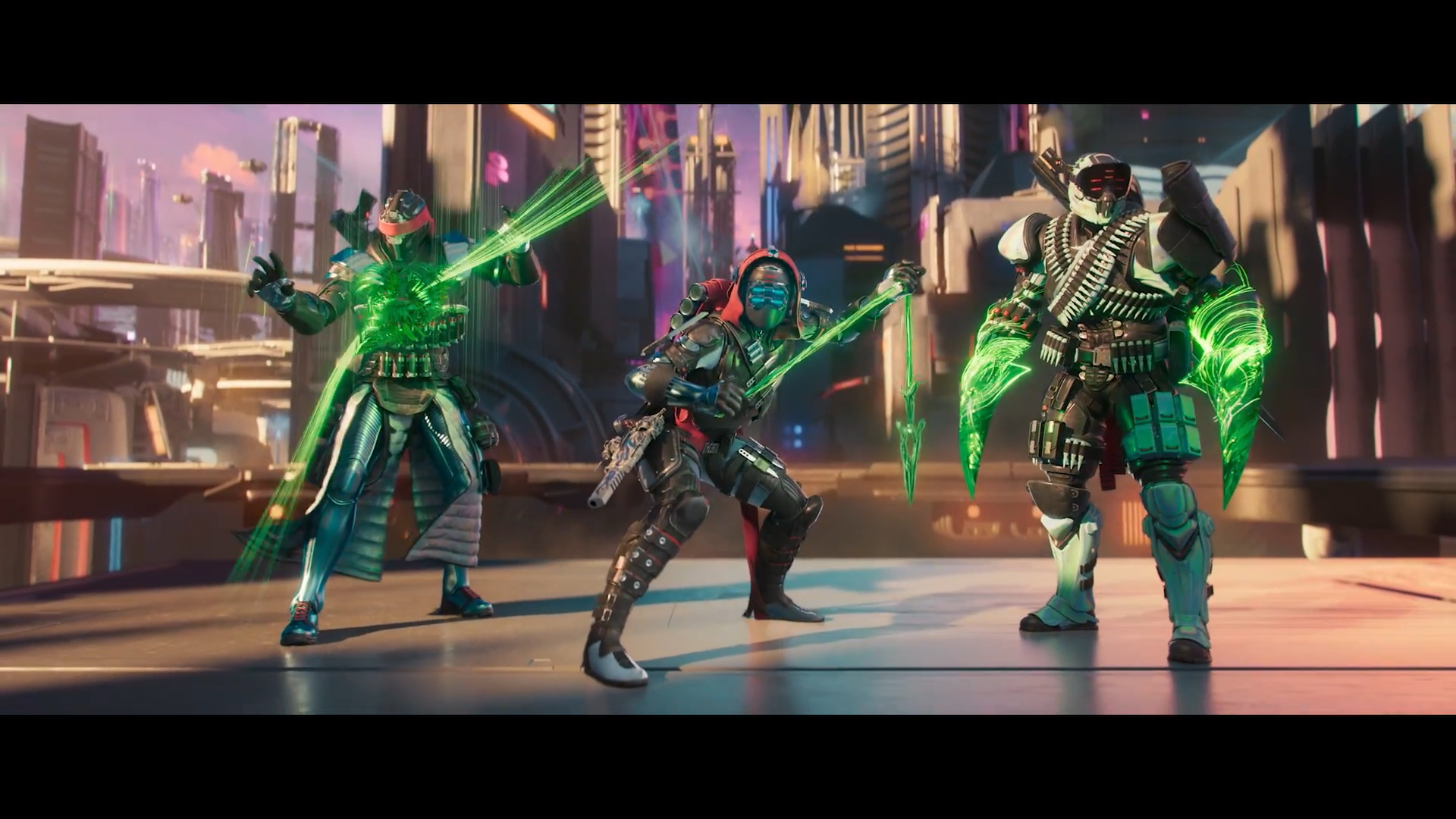 During a special Showcase event, Bungie announced the first details for Destiny 2: Lightfall, the latest expansion for Destiny 2, launching on February 28th, 2023. Lightfall is the penultimate chapter of Destiny 2’s Light and Darkness saga and continues the epic story that has been almost ten years in the telling. In addition, Bungie revealed a new partnership with Epic Games that brings Destiny 2 to the Epic Games Store and sees content from Destiny appearing in two Epic games: Fortnite and Fall Guys, as well as Fortnite-inspired ornament sets appearing in Destiny 2 – the first time original Fortnite characters have appeared in another videogame series.

In Lightfall players will face Calus, the malevolent former emperor of the Cabal, who has returned to our solar system alongside the Pyramid fleet as a Disciple of the Witness – the cosmic nemesis that was first introduced in Destiny 2: The Witch Queen. Using abilities granted from a brand-new subclass Strand, Guardians will explore a new destination – Neptune’s gleaming megacity of Neomuna – which is under attack from Calus’s mysterious and deadly Shadow Legion.

Pre-orders for Destiny 2: Lightfall is available now and everyone who purchases the Lightfall + Annual Pass edition will earn the Exotic Auto Rifle Quicksilver Storm, and more, immediately.

As part of the partnership, Destiny content will be making its way into two Epic games: Fortnite and Fall Guys.

Further, Fall Guys players will be able to descend on the Blunderdome with Destiny-themed Costumes beginning September 17, including Titan-, Hunter-, and Warlock-themed outfits, a new “Spicy Ramen” celebration, and other accessories.

Thank you for joining us, Guardians. We can't wait to show you more about Lightfall in the future.https://t.co/ZSgTvhcsA9 pic.twitter.com/IByS0zC8MA

Three new Fortnite-themed ornament sets will be available in Destiny 2 starting today, featuring a classic outfit design from the Battle Royale for each Destiny class:

The Showcase event also debuted the new Season in Destiny 2 – Season of Plunder. Launching today, Season of Plunder follows Guardians as they chase down the escaped Kell of Darkness Eramis, who is scouring the galaxy for powerful relics. To combat Eramis, Guardians will form a crew of swashbuckling adventurers as they battle through brand-new activities and uncover secret treasures along the way.In addition, for the next week, everyone can download and play the Shadowkeep, Beyond Light, and The Witch Queen expansions on any platform, for free.

The former Cabal emperor Calus has returned, now a Disciple of The Witness. Calus’s Shadow Legion have overtaken Neptune’s capital and Guardians will need to bring the battle to the city to uncover a journey that will reveal the hidden threads that bind us and the mastery to weave them anew.

The Power of Strand: Lightfall introduces a brand-new subclass element in Strand. Tap into the invisible threads that bind reality, then grab hold and take control. Harness the power of Strand in ways never seen in Destiny 2: from weaving powerful attacks to pulling off incredible new mobility options (grapple, anyone?).

A Neon Metropolis: Neptune’s pristine capital city of Neomuna is your playground. Explore the city’s towering skyscrapers and neon-drenched streets where danger, beauty, and mystery brim around every corner.

A New Definitively Destiny Campaign: Discover new abilities and new enemies in Lightfall’s epic campaign. Explore Neomuna, fight the Shadow Legion, and face the brand-new Tormentors – powerful enemies that will push Guardians’ skill to their limits. For Guardians who want an even more harrowing test, take on the Legendary mode for more challenge, and even better rewards.

The Destiny 2: Lightfall + Annual Pass is available for pre-order now and includes:

The Witness’s arrival is imminent. To prepare for this inevitable battle, the Vanguard shares Empress Caiatl’s insights into Calus’s psyche with you. Study Ikora’s notes about Osiris’s vision of hope on Neptune, and discover the possible link with the Exo Stranger’s mysterious pouka. 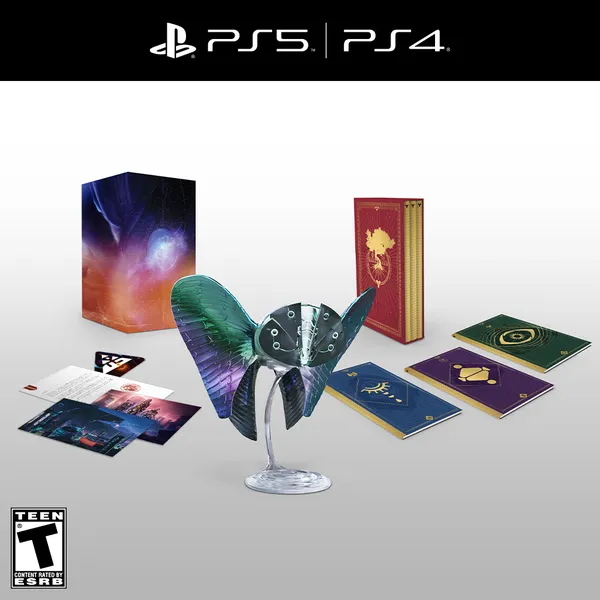 The Destiny 2: Lightfall Collector’s Edition is available for pre-order on the Bungie Store (EU and UK residents must purchase from eu.bungiestore.com) and includes:

Guardians will take to the sea of stars in the Season of Plunder, launching today in Destiny 2. Eramis, the Kell of Darkness, has escaped from her icy prison and is now gathering a crew of outlaws to hunt down relics of dark power. To foil her plans, Guardians will recruit their own crews of outlaws and ne’er-do-wells in brand new activities, power up with the Arc 3.0 subclass revamp, and claim treasure throughout the system.

Arc 3.0: Harness the awesome power of the retooled Arc 3.0 subclass. Guardians can now use Aspects and Fragments to customize their Arc playstyle and bring the thunder with powerful new abilities for each class.Gift of the Thunder Gods: New Guardians can get quickly caught up with the new Gift of the Thunder Gods, a free time-limited chest full of gear designed to help players quickly level up and get ready for adventure in Season of Plunder. Available to all players, the chest includes two Exotic and ten Legendary items and can be claimed in the H.E.L.M. area in-game.

Also revealed during today’s Showcase is the reprised raid, King’s Fall, arriving in Destiny 2 this week. The raid, originally seen in the Destiny expansion, The Taken King, takes place on the Dreadnaught as players face down Oryx himself. The King’s Fall raid launches on Friday, August 26th, and will be free for all Destiny 2 players to access.

In celebration, Bungie will be hosting the World First Race for King’s Fall beginning on the day of the raid’s launch, where teams around the world will compete to be the first six-Guardian fireteam to complete the reprised raid. The competition for World First begins on Friday, August 26 at 10 AM Pacific.