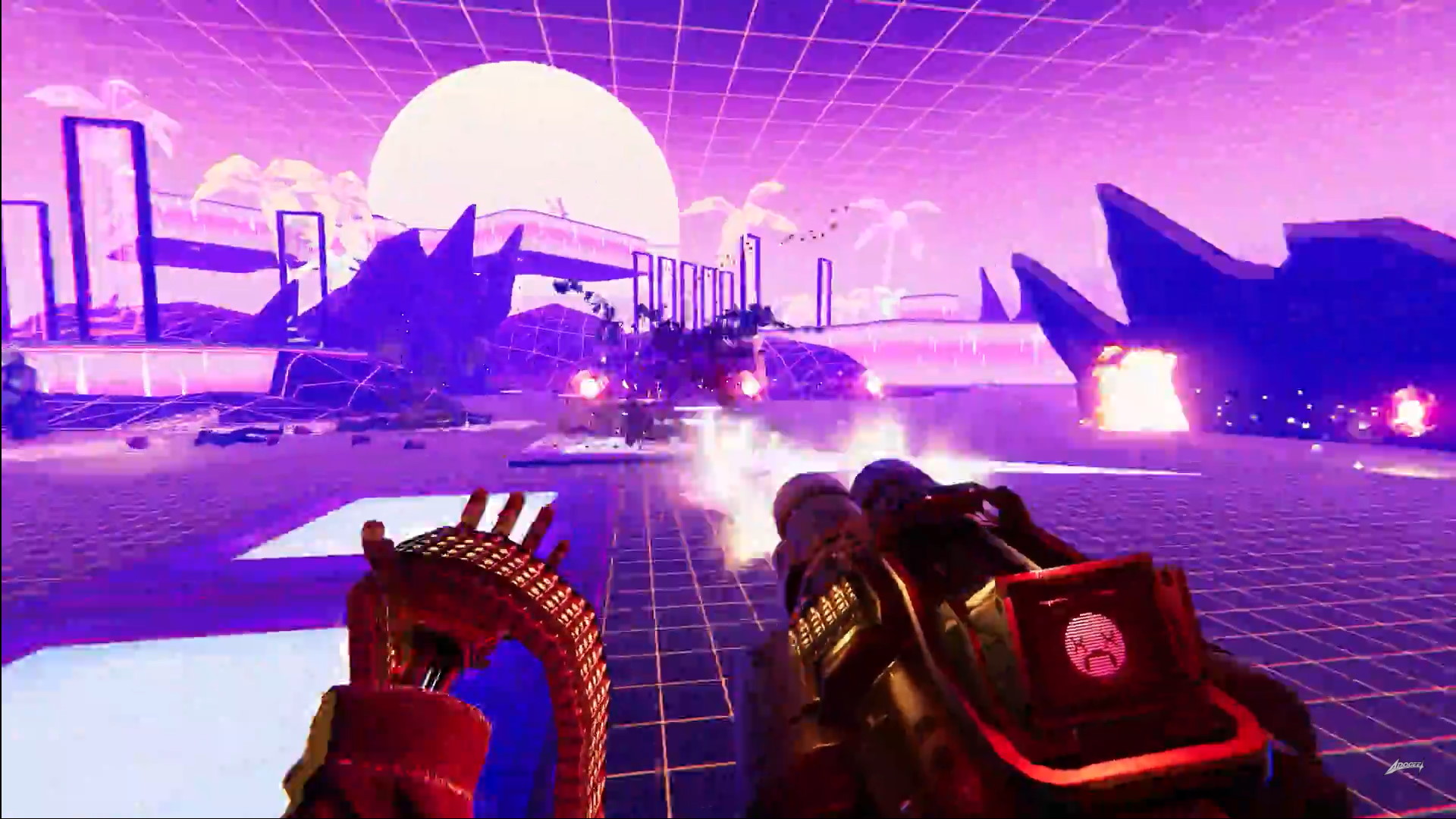 Rev up the savage chainsaw leg and start chopping as Johnny Turbo, a mercenary returning to clean-up his crime-ridden hometown of Paradise. In this Blade Runner-meets-DOOM hellscape, Johnny finds the city’s entire population possessed by Syn, a rogue AI, and its army of augmented minions. Desperate for enough money to outrun his past mistakes, Johnny takes on the impossible job of destroying the greatest AI ever created. Rival bounty hunters want to claim the prize first… nothing is easy in paradise. Turbo Overkill takes over-the-top to never-before-reached heights. Activate Hero Time(™), a new form of slow motion with a twist. Build incredible speed by wall-running and dashing. Slide on your chainsaw leg, eviscerating foes and opening up bosses for critical damage, and go car-surfing—yes, riding on the hoods of flying cars. Blast away with the Twin Magnums, which lock-on and instagib several foes, the Boomer Shotgun and its attached grenade launcher, or the Telefragger sniper rifle, which teleports Johnny inside an enemy before they explode from within. The FPS genre is about to get really wild and really fun again. 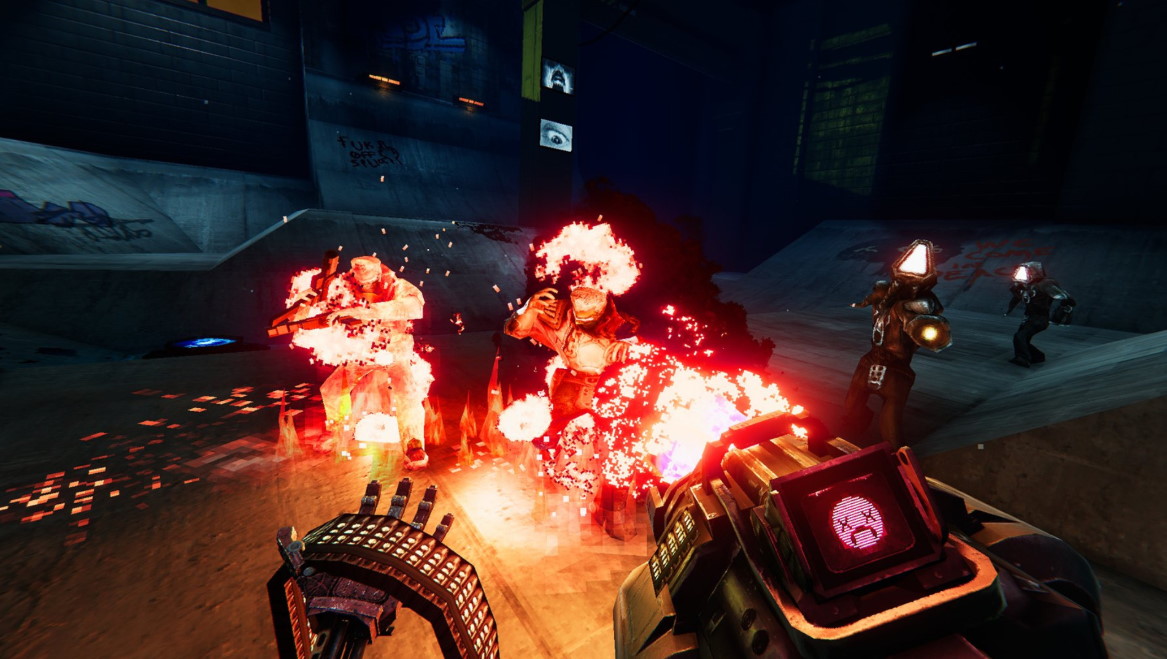 TL;DR: as seen on Steam

o Kill a boss, get its augment (special power)
o Play Spider-Man with your grappling hook
o One-up Duke Nukem with your chainsaw kick
o Kills = cash. Use cash to install augments, upgrade your weapons, and add new abilities in your talent tree
o Be a ghost runner while wall running
o Attack from above riding the hood of your flying car like a kung-furious badass
o Mini-rockets built into your robotic arm? ✔
o This. List. Will. Grow. Wishlist the game to see it happen