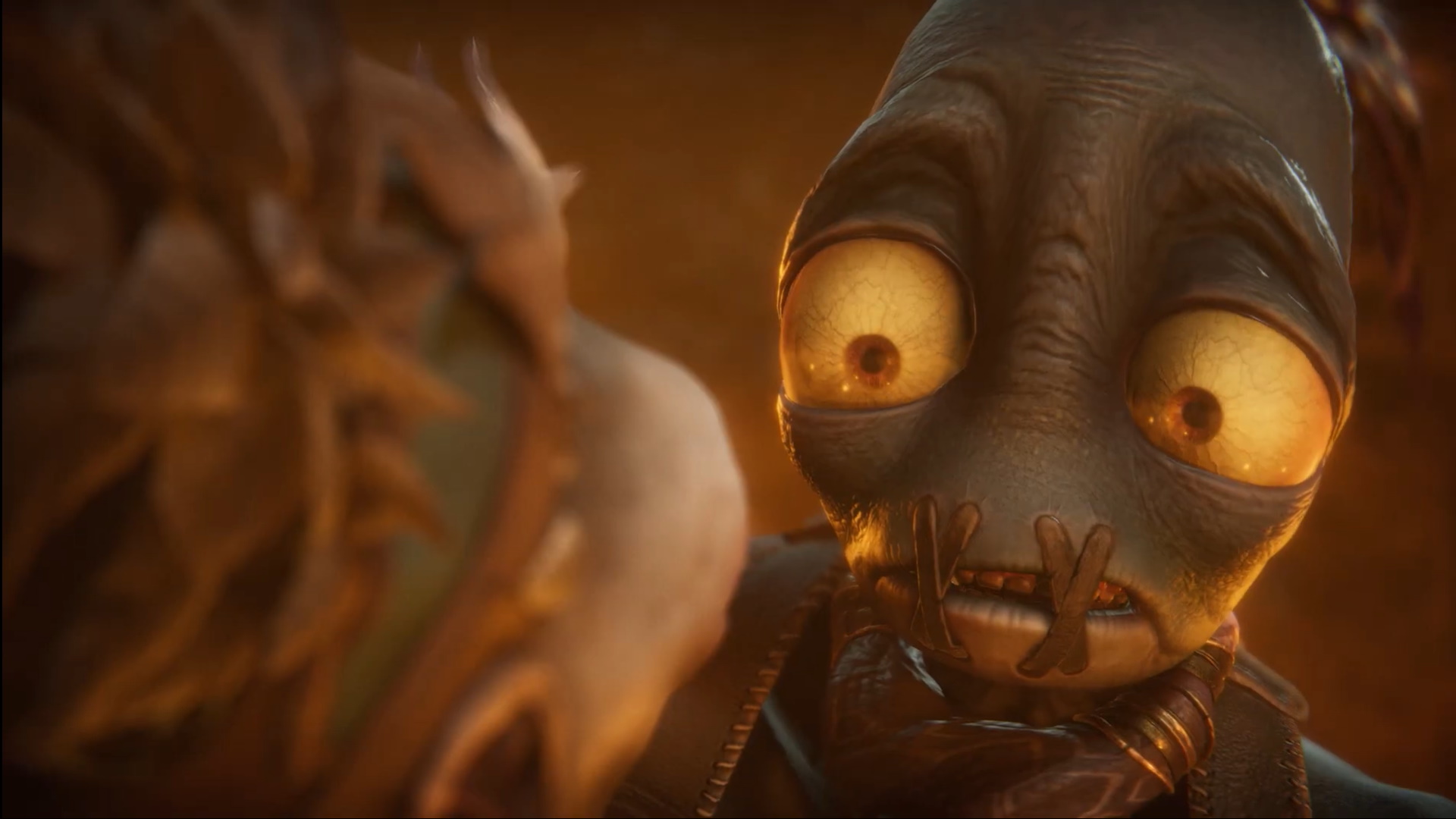 Oddworld: Soulstorm, the bigger, badder, bolder action-adventure platforming sequel is coming in Spring 2021 as announced by Oddworld Inhabitants. You can pre-purchase the PC version right now at Epic Games Store. PlayStation pre-orders will be announced later. The second game in a quintology. We first met our reluctant hero, Abe the Mudokon, from Oddworld: New ‘n’ Tasty.

Oddworld: Soulstorm continues Abe’s evolutionary story. You will learn that revolutions start small, but real and lasting change requires the power of many and the power of hope. And that opposing forces will use every means at their well-funded disposal, from propaganda to brute force, to beat back even the smallest uprising.
Oddworld: Soulstorm

Action Adventure Platforming: Evolving the platforming genre by adding RPG-lite elements with player agency to play as they like, whether aggressively or passively.

Narrative: A dark storyline with a twisted sense of humor that shines a light on the ironies that exist in the human condition.

2.9D: Epic environments with massive scale to explore by going into the world, rather than being limited to the traditional side scrolling platformer sense.

Quarma (think Karma): Quarma is a real time feedback feature that reflects your actions in the game and will influence Abe, his followers, his abilities, and your score throughout the game.

Scavenger’s Economy: Pickpocket enemies, loot lockers, sift through trash cans to acquire resources. Exchange them at vending machines to get products that give you more agency in how you chose to conquer the game’s many challenges.

Crafting: Use scavenged resources and vending machine products to craft items to use as weapons or tools against characters and obstacles.

Strength in Numbers: The more followers you save, the stronger the uprising becomes. Gift crafted items to followers. It’s up to you to decide whether they will be aggressive or passive.

Gameplay: A 2.9D action-adventure platformer. The expected first-time playthrough is estimated at 15 hours. Achievement hunters and perfectionists can easily play for dozens of hours.

Oddworld: Soulstorm coming this April 6th – Learn all about it!