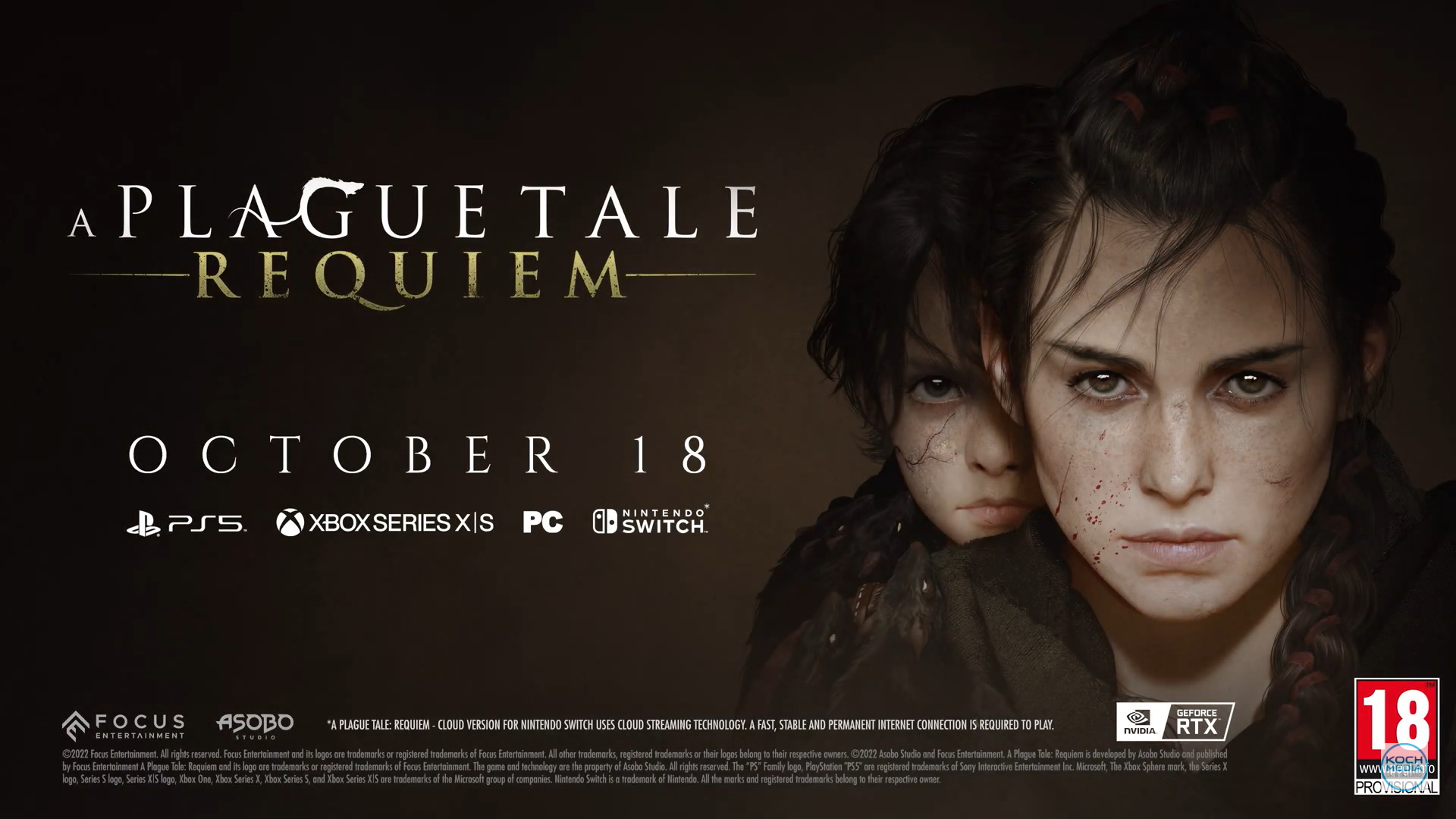 A Plague Tale: Requiem, the sequel to the critically acclaimed A Plague Tale: Innocence by Asobo Studio and Focus Entertainment, revealed an Extended Gameplay video during the Focus Showcase, complete with an official release date of October 18th. Pre-orders are available on PlayStation 5, Xbox Series X|S and PC!

A duo on the run that packs a punch

Follow Amicia and Hugo as they make their way through a massive ochre-red quarry overwhelmed with soldiers eager to capture them. Fortunately, the duo have many new tricks up their sleeves and don’t shy away from getting their hands dirty. Watch how it all plays out and get ready to embark on their heart-rending journey into a brutal, breathtaking world, and discover the cost of saving those you love in a desperate struggle for survival.

A Plague Tale: Requiem will release on October 18 on PlayStation 5, Xbox Series X|S, PC, and in Cloud Version on Nintendo Switch. The game will also be available on Day One with Xbox Game Pass for Console, PC, and Cloud.

A Plague Tale: Requiem will be released on October 18th.

On the same date, we'll release The Heart of A Plague Tale, an official making-of, full of illustrations and insights about the games' development!