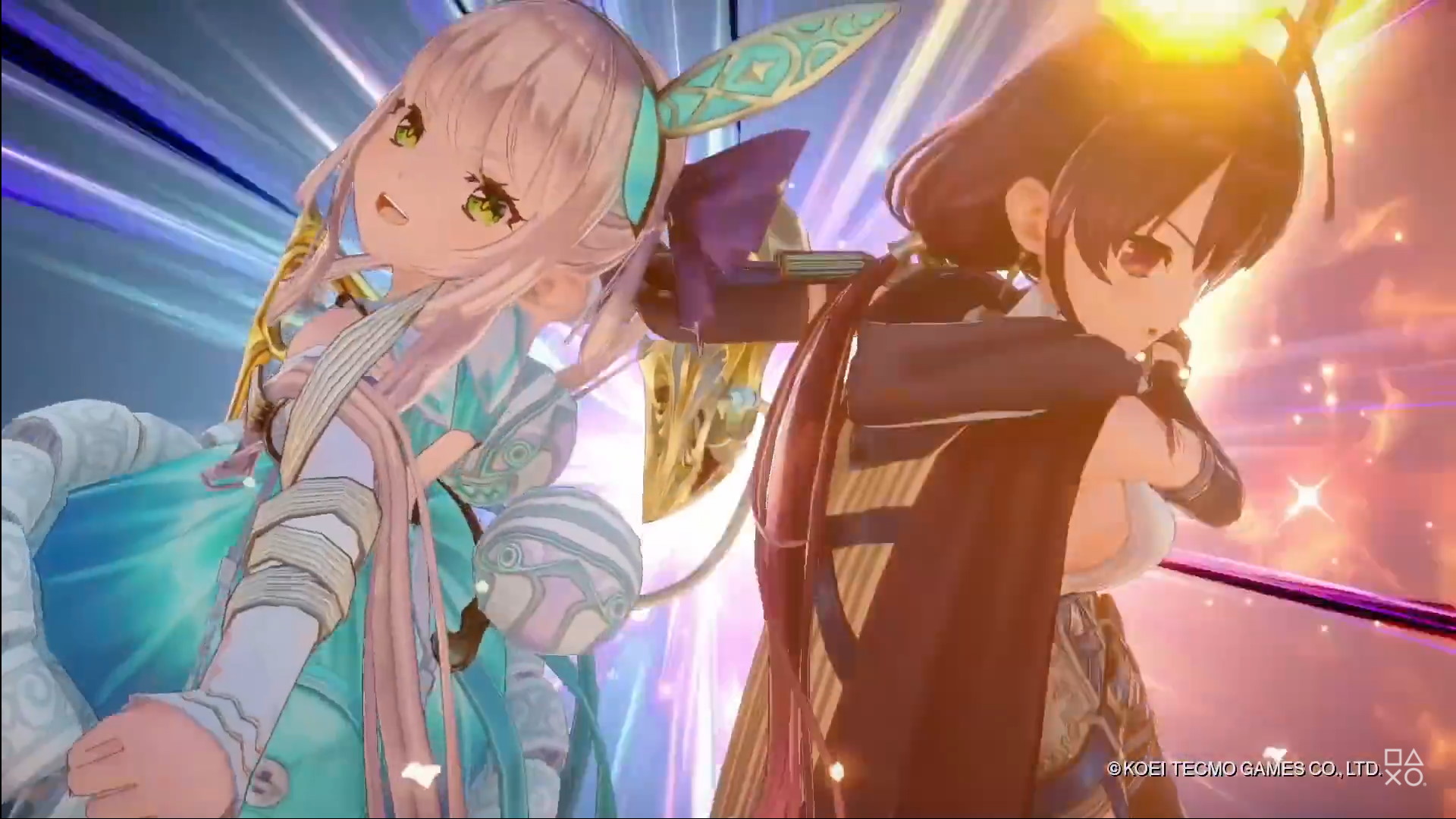 A Mysterious New Journey Awaits in Atelier Sophie 2: The Alchemist of the Mysterious Dream

Koei Tecmo America and developer GUST Studios announced a new chapter in the heart-warming Atelier series: Atelier Sophie 2: The Alchemist of the Mysterious Dream. The latest entry in the series follows the beloved alchemist, Sophie Neuenmuller, shortly after her adventures in 2016’s Atelier Sophie: The Alchemist of the Mysterious Book. The new title is currently in development for the Nintendo Switch, PlayStation 4 Computer Entertainment System, and Windows PC via Steam and is scheduled to release across North America on February 25th, 2022.

Atelier Sophie 2: The Alchemist of the Mysterious Dream continues the story of Sophie and Plachta’s many adventures. After leaving Sophie’s hometown of Kirchen Bell, the pair discovers a huge tree identical to one that Plachta had seen in a dream, and as they get closer, a mysterious vortex pulls them inside. Sophie awakens alone in a curious new world called Erde Wiege, and it’s not long before she hears about an alchemist named Plachta that lives on the outskirts of town. Shockingly, when Sophie arrives at the atelier, she meets a young alchemy enthusiast named Plachta, and even though the alchemist shares the same name as her friend, she doesn’t recognize Sophie. What other surprises await Sophie on this journey? As the adventure continues, Sophie meets aspiring alchemist, Ramizel Erlenmeyer, who willingly agrees to help her in her time of need. The narrative elegantly unfolds with a charming new visual style that combines the art of the Mysterious sub-series with the high-quality graphics and animations featured in 2021’s Atelier Ryza 2: Lost Legends and the Secret Fairy.

On her journey to find her missing friend, Sophie will have to fight the many monsters that inhabit the lands of Erde Wiege. As soon as players encounter an enemy in the field, the battle begins instantly without any load times or separate screens – a series first – allowing battles to flow seamlessly. In addition, battle parties now consist of six members, with three in the front and three in the back, to form two teams that co-operate in multi-linked turn-based battles. This new battle system opens up a wide range of exciting combat strategies that players can utilise to take out their foes.

As with previous entries in the Atelier series, alchemy plays a huge role in Atelier Sophie 2: The Alchemist of the Mysterious Dream. The game builds upon the panel synthesis system featured in the Mysterious sub-series, where materials are placed into the panel slots to create new items. The game allows both aspiring and veteran alchemists to synthesize items in a way that is comfortable to them due to two different panel types – regular panels make it easier to create items, while restricted panels are complex to master but allow for items with stronger effects to be synthesized. 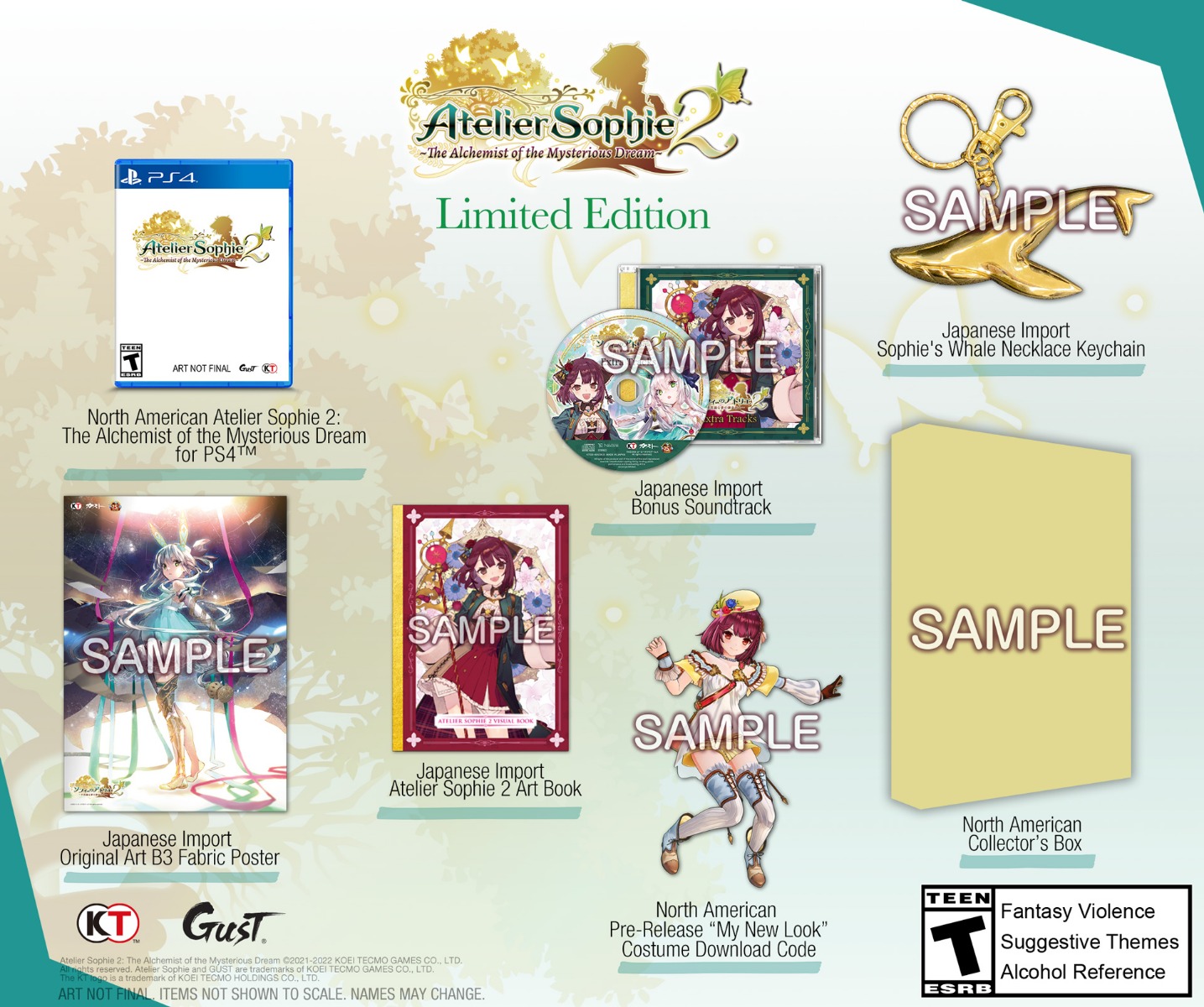 To help celebrate the latest edition of the Atelier Sophie franchise, KOEI TECMO America is offering a delightful new Limited Edition of Atelier Sophie 2: The Alchemist of the Mysterious Dream, exclusively available through the NISA Online Store. This must-have version of the game contains an art book, deluxe fabric poster, keychain, bonus BGM CD, and an exclusive DLC costume all packaged into a beautiful collector’s box.

Unlock The Secrets Of The Mysterious Islands In Atelier Ryza 3: Alchemist Of The End & The Secret Key