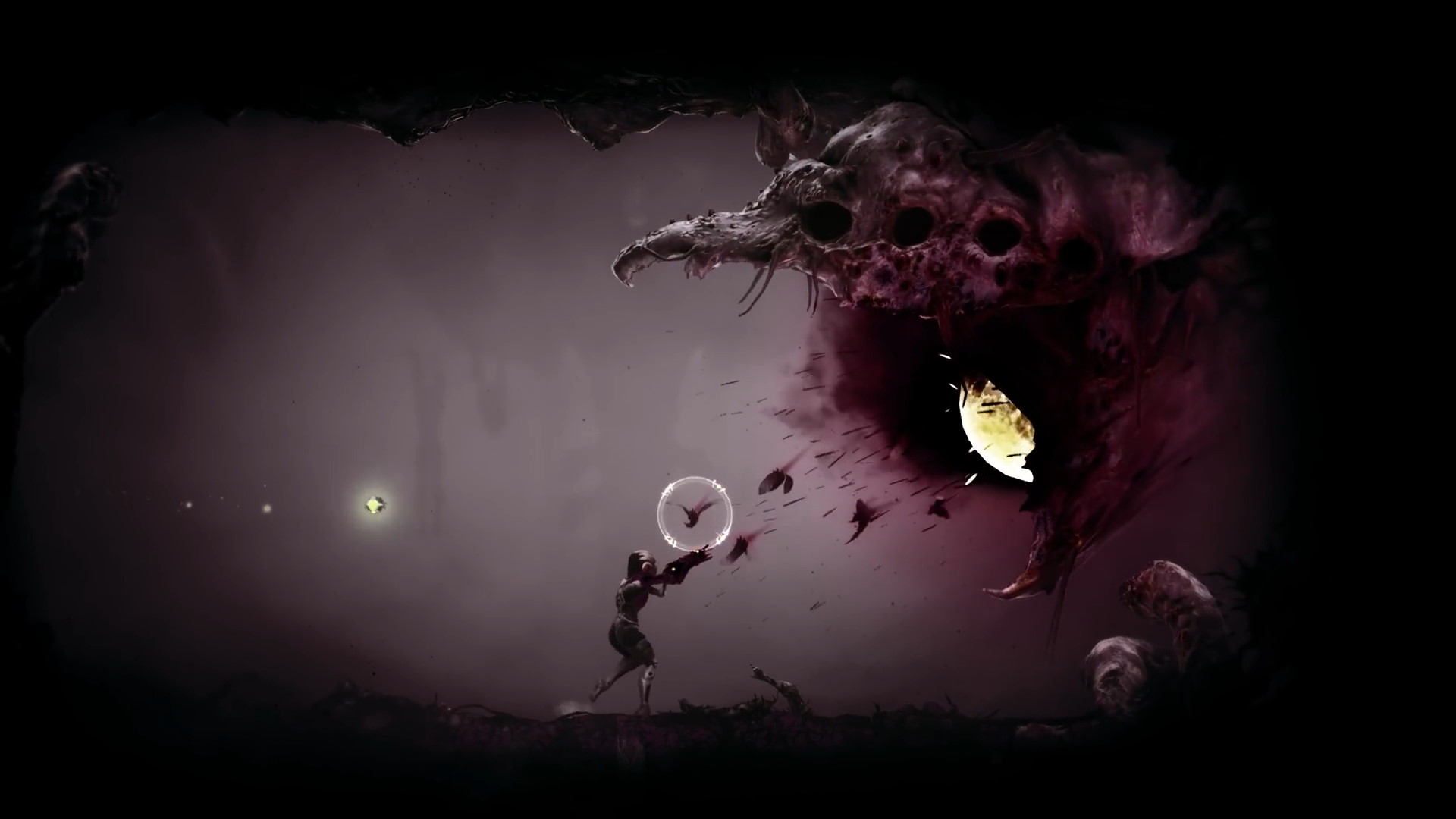 A Grim Action-Adventure Moadra Is Coming To PC In 2023

Finnish indie developer Gloomsoft has unveiled the first trailer for Moadra. The dark fantasy is set to launch on PC in 2023, aims to deliver an immersive and challenging single-player gaming experience that takes place on the alien planet Protea VI.

An interstellar alien race, the Neera, has deployed an expedition to the long-lost planet Protea VI, hoping to discover their lost heritage. Eventually, the sand-swept planet turns out to be far more surprising than meets the eye, and suddenly the expedition goes quiet.

Your mission is to play as alien soldier Moadra and investigate incidents on the planet. Upon discovering the expedition’s fate, Moadra becomes separated from the rest of the squad and is forced to delve deeper into the perilous depths of Protea VI.

From barren waste and freezing ridges to lush caverns and decayed ruins, Moadra must traverse a sprawling world, face the unknown and unveil the secrets of their ancestors through non-linear exploration, offering a truly immersive and challenging gaming experience.

Explore and conquer the unknown
Traverse a massive interconnected world non-linearly and unveil the grim mysteries of Protea VI at your own pace. Explore countless hidden paths and secrets, overcome challenging combat, and evolve Moadra’s abilities throughout the game.

Grim, immersive atmosphere
Strive through the desolate surface of Protea VI and ascend the deadly, freezing summits. Explore the infested research facility, ignite the crashed spacecraft, and discover the remains of a once-thriving alien civilization.

Versatile game mechanics
Experience Moadra’s agility by jumping over chasms and pools of acid alongside rolling, dodge enemies and crawl through narrow tunnels.

Confront the enormous variety of hostile creatures and fight them with weapons and special abilities, and survive their onslaught through quick reflexes and cunning tactics.

Tough-as-nails boss fights
Be prepared to encounter the ultimate challenge of Protea VI. Fight against gargantuan monsters in cruel and multi-phased battles that will push the limits of your skills like nothing else in the game.

Free-form character upgrade system
Blow up unfriendly creatures and organisms to absorb their Protoplasm, lumps of energy-packed biomass. Consume it inside organic chambers to apply metamorphosis and evolve your abilities and weapons to new levels.

Scan the environment
Activate your scanner bot and use X-Ray vision to examine the creatures and surroundings more closely. Reveal hidden paths and secret areas invisible to the naked eye, and map out the places you explored.

Captivating storyline
Untangle the tragedy of the Neera expedition, save yourself and the lone survivors. Uncover the lost secrets of your ancestors who once inhabited Protea VI, and conclude the events leading to their extinction 20 000 years ago.