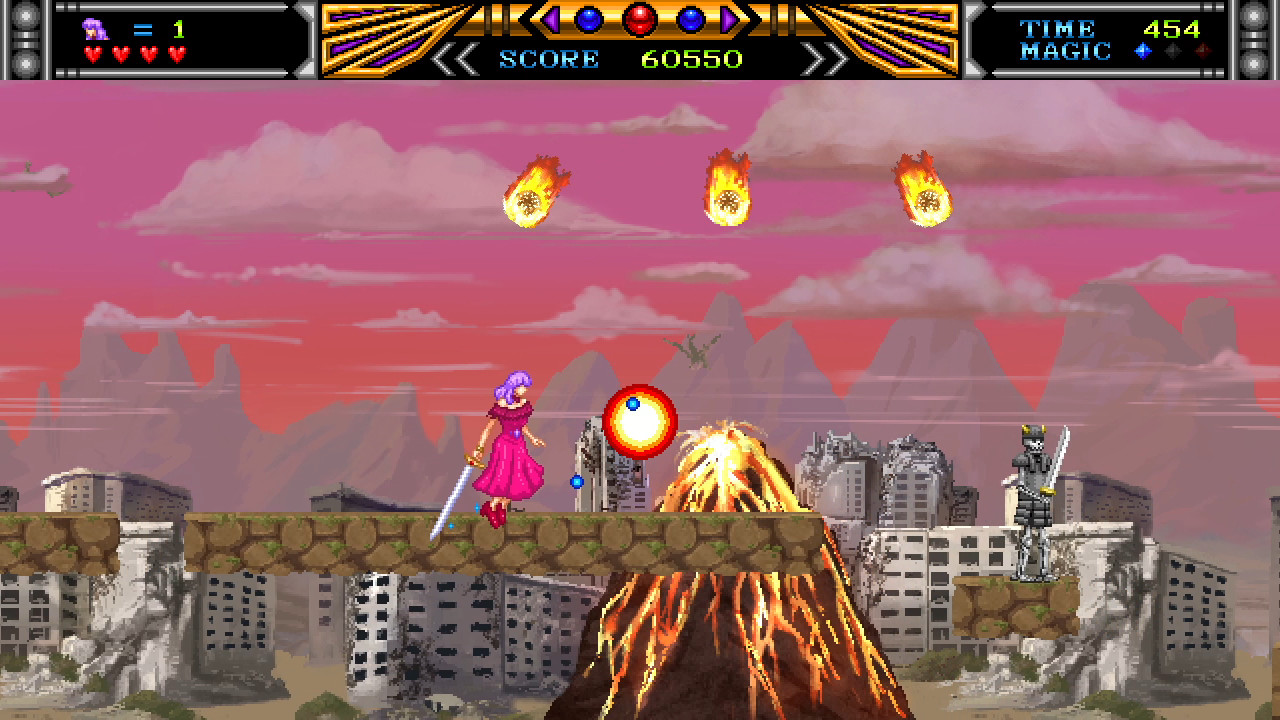 Japan-based indie studio Kanipro has revealed the Steam page for their upcoming action platformer Violet Wisteria, with a projected release date of early 2023. Step back in time to the year 1991 as you take control of human-turned-goddess Wisteria Asagiri and slash your way through 8 stages of sheer skill.

Violet Wisteria differentiates itself from the countless other games in the genre by introducing the tri-color attack system. Taking a cue from classics like Silhouette Mirage and Ikaruga, the protagonist can use three different sword slashes with their own color attributes, which must be used correctly against enemies of the same three color palette swaps. Think rock-scissors-paper, but with colors instead of symbols. Mastering the color rules is key to overcoming the myriad obstacles and action gimmicks presented in each level, as well as the intricate boss fights. 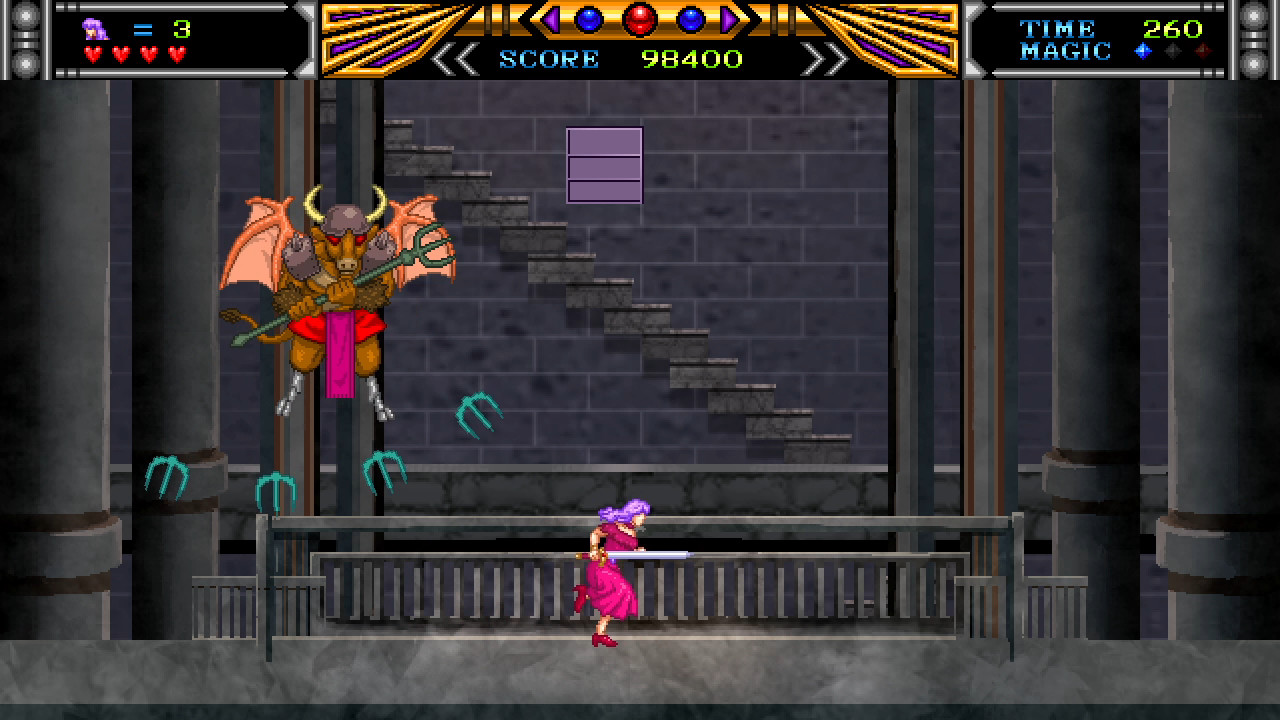