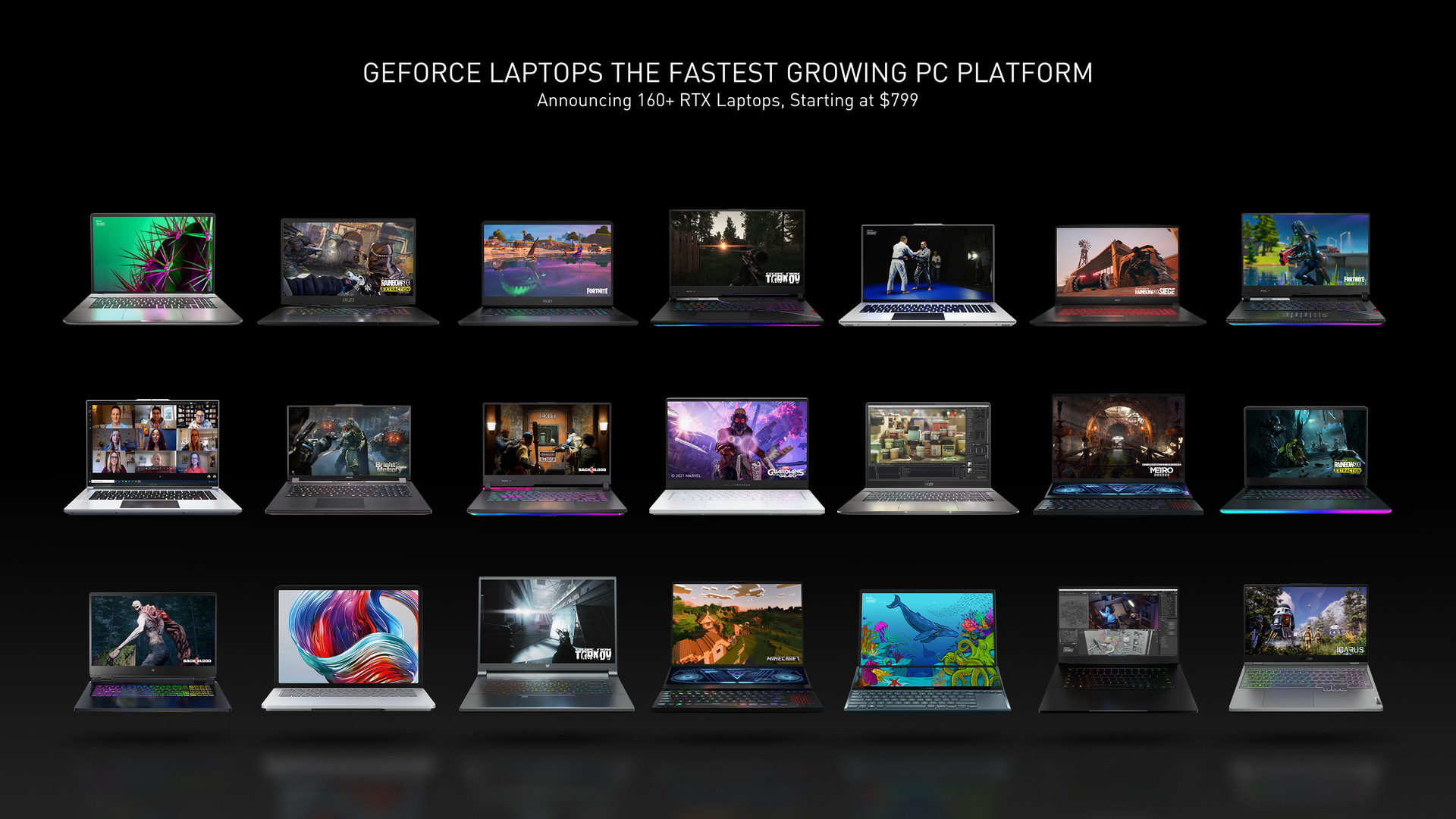 These new models are built around their RTX 30 Series Laptop GPUs and come alongside the latest generation of processors from AMD and Intel. They include a wide range of form factors, like dual-screen, easels, and convertibles. Plus, there are new 14” portable powerhouses and even more G-SYNC and 1440p displays. 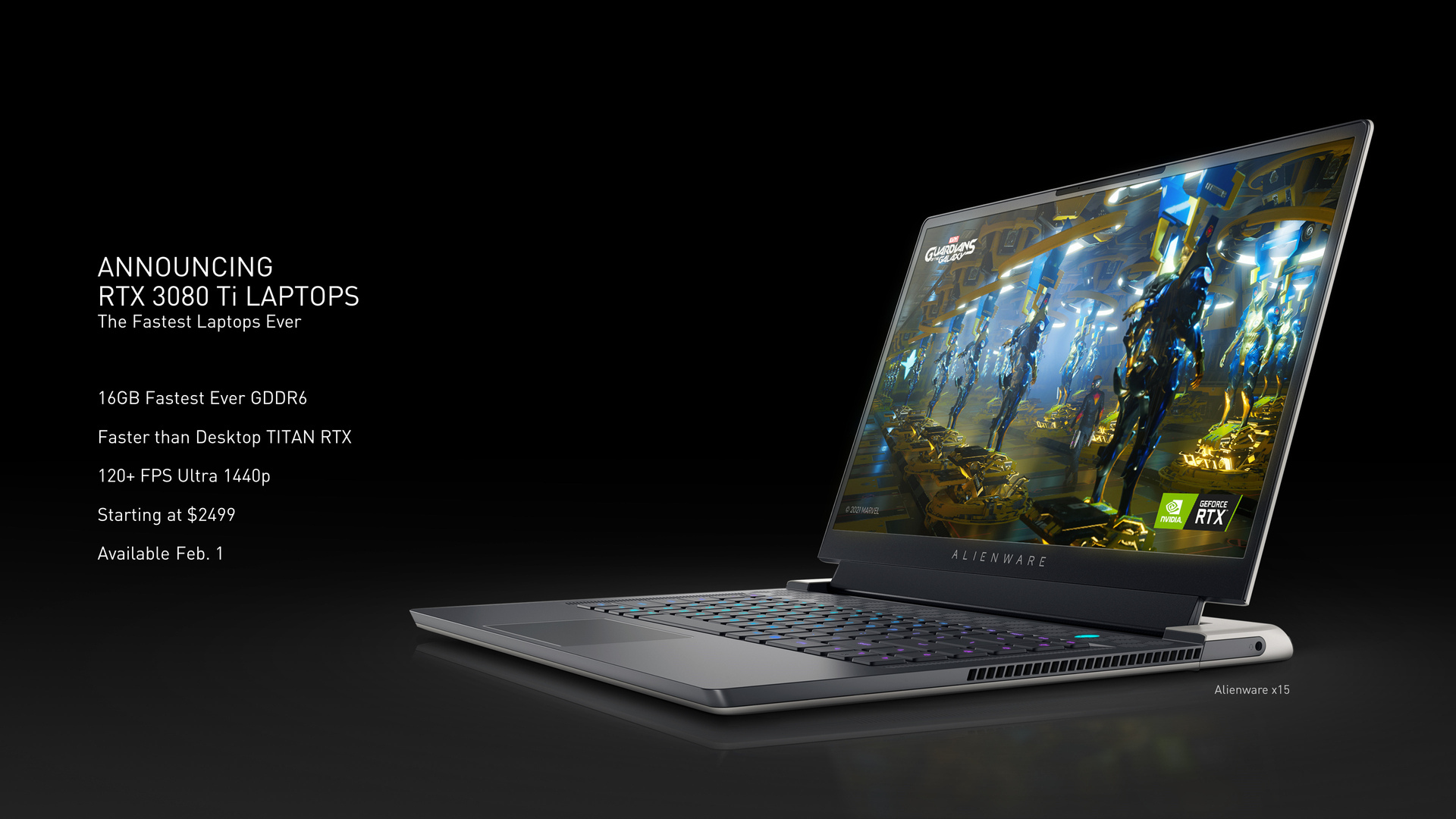 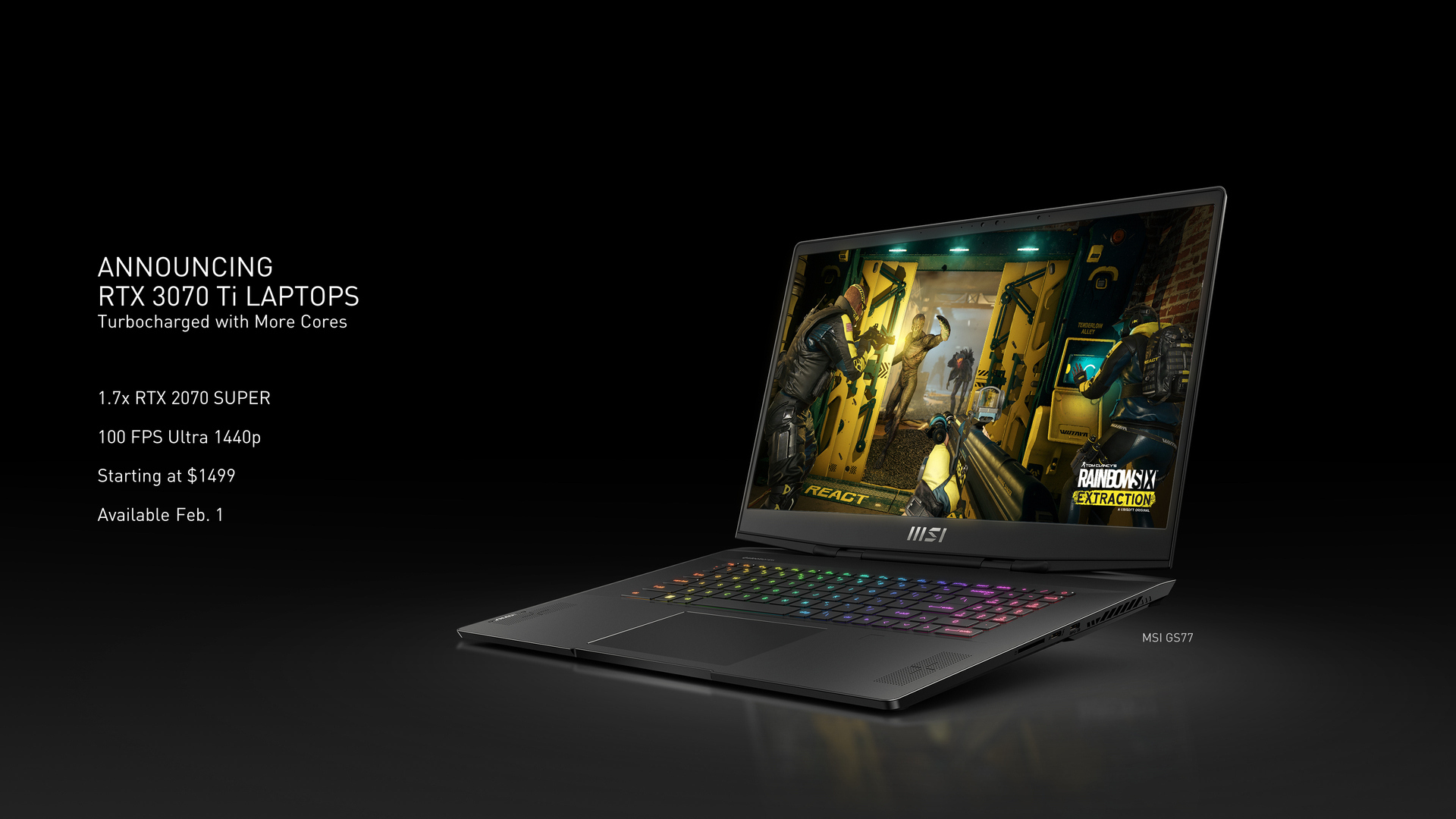 Both the GeForce RTX 3080 Ti and RTX 3070 Ti laptop GPUs will be available starting February 1st in models from Alienware, ASUS, MSI, and Razer with more following in the coming months. If you want the definitive laptop experience, for work, play, or creative endeavours, these are the laptops for you.

As more gamers and creators use laptops, performance expectations continue to increase. All while demanding sleek form factors and longer battery life. In 2017, Nvidia reimagined gaming laptop design with an extreme focus on efficiency and developed a system design approach that delivers high performance in thin gaming and creator laptops. Nvidia called it Max-Q. It has fundamentally changed how laptops are built. 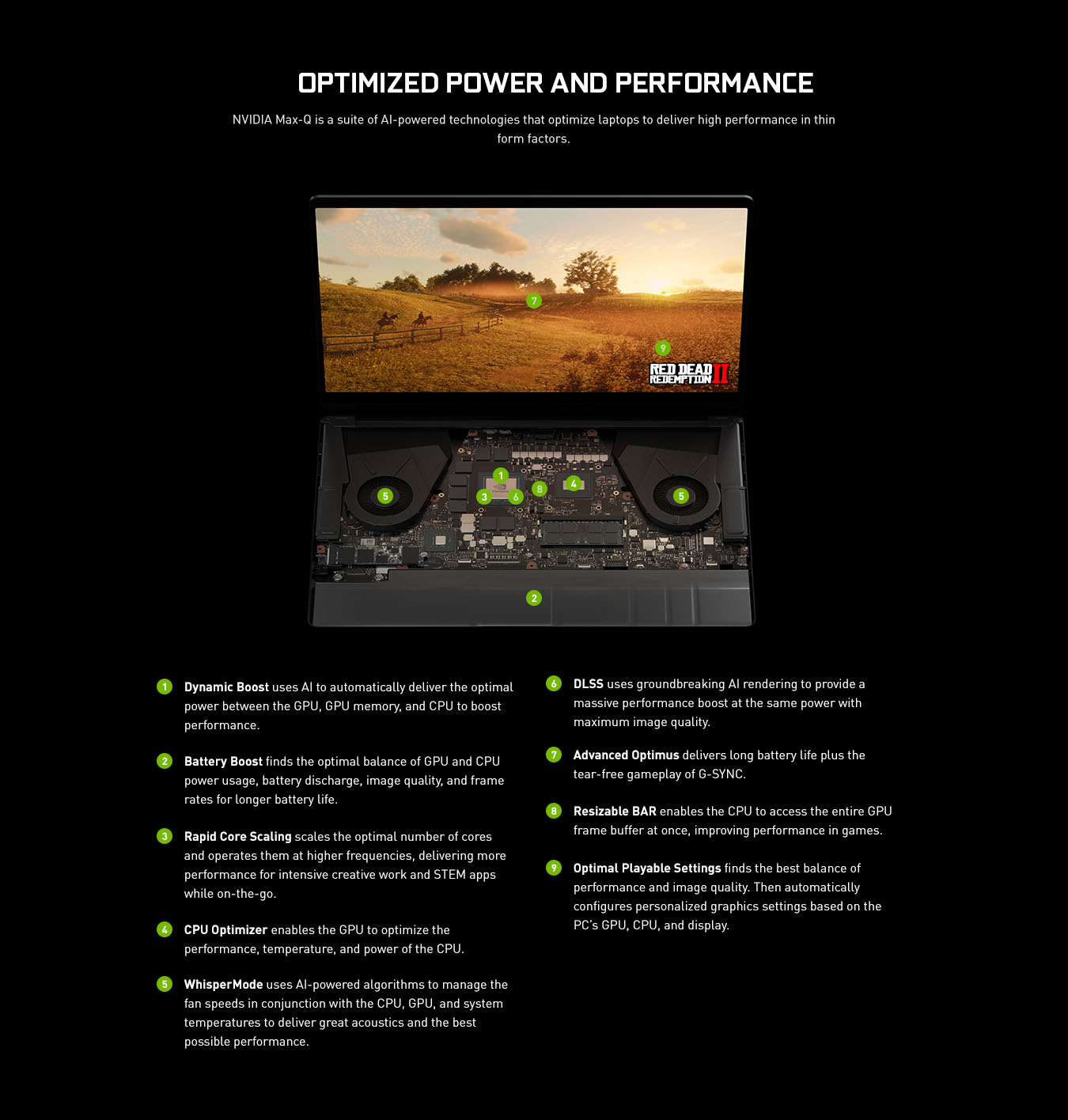 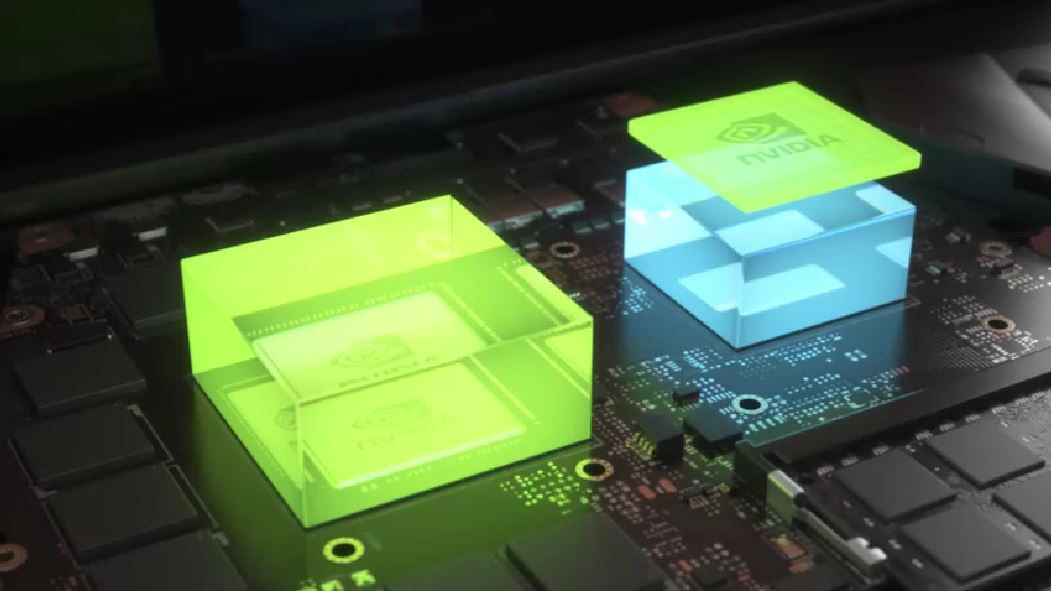 It enables the GPU to sense the real-time demands of the application and use only the cores it needs rather than all of them. This frees up power that can be used to run the active cores at higher frequencies delivering up to 3x more performance for intensive creative work while on battery. 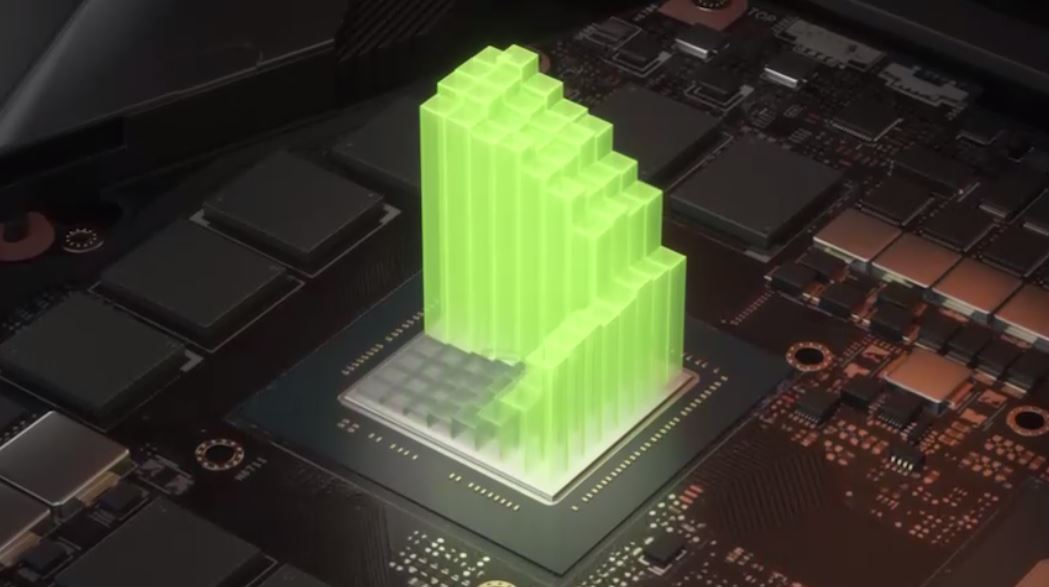 Battery Boost 2.0 has been totally re-architected. Now with AI controls the whole platform, finding the optimal balance of GPU & CPU power usage, battery discharge, image quality, and frame rates. And all in real-time. The result is great playability on battery, with up to 70% more battery life.

Over 160 models, from 14” ultraportables starting at $799 to 17” gaming powerhouses, will leverage the newest innovations to make your experiences even better. 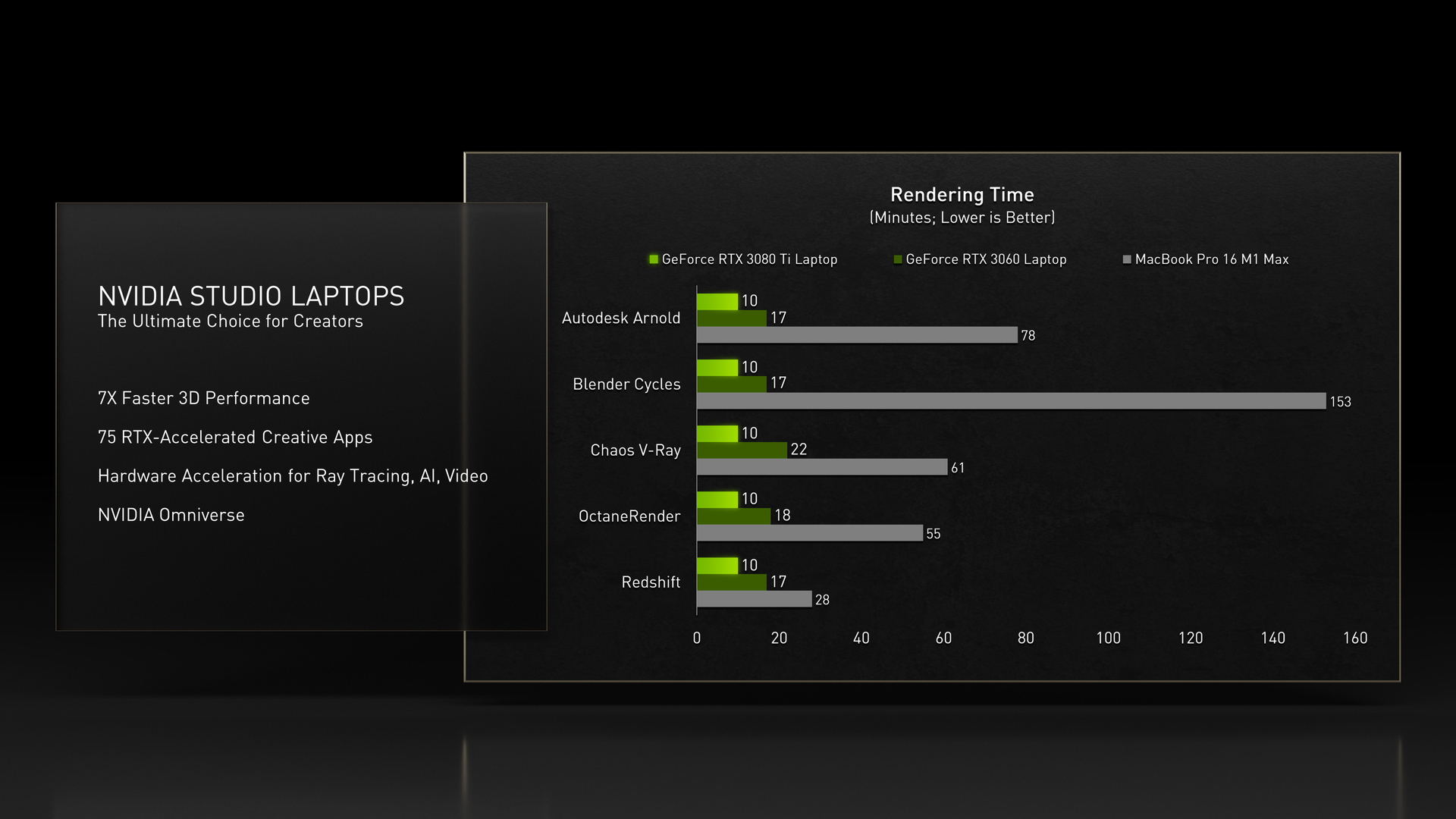 Featuring the latest GeForce RTX 3080 Ti and RTX 3070 Ti GPUs, these laptops are on average 7 times faster than the latest MacBook Pro 16 M1 Max in 3D renderers. Together with NVIDIA Omniverse, Studio laptops are ready to build the virtual worlds of the future.

There is a reason GeForce laptops are the fastest-growing PC platform. They are powered by the award-winning NVIDIA Ampere architecture, which come with amazing technologies like 4th generation Max-Q, DLSS, ray tracing, Reflex and more. And now, very soon, they will be available in over 160 new designs, which include the new flagship laptop GPU, the GeForce RTX 3080 Ti, as well as the RTX 3070 Ti.