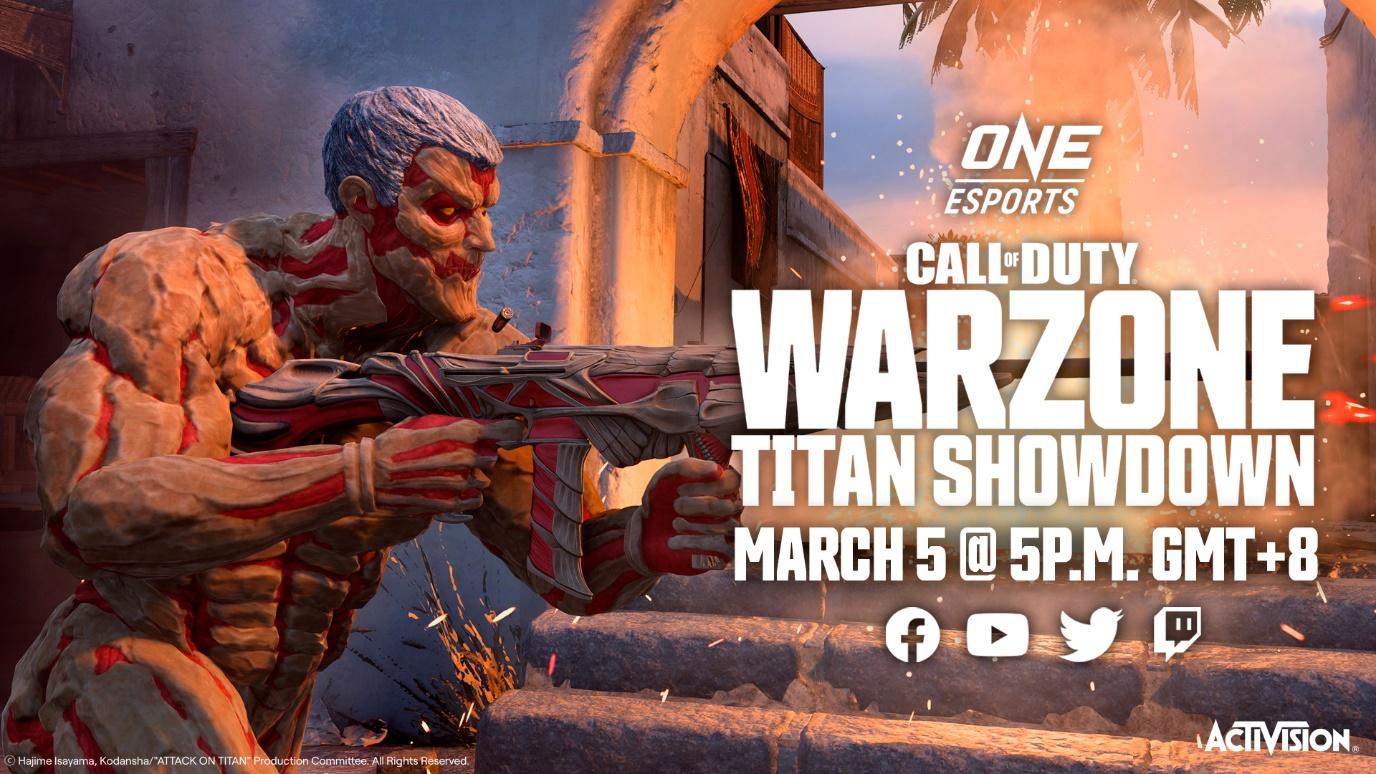 Activision Blizzard and ONE Esports is happy to organize a one-day event that will bring together streamers across Southeast Asia. They and their handpicked squads will battle for a US$5,000 prize pool and the right to be a successor of the Tracer Pack: Attack on Titan – Armored Titan Mastercraft Bundle.

Available in both Call of Duty: Warzone and Vanguard, the new Mastercraft Bundle offers players the chance to take on the appearance of fan-favourite Armored Titan and continues Call of Duty’s collaboration with the best-selling manga series Attack on Titan.

With the award-winning anime adaptation nearing its dramatic conclusion, fans have another way to celebrate Attack on Titan by watching their favourite influencers from the Philippines, Thailand, and Singapore navigate the Warzone Pacific map, Caldera, in the guise of the Armored Titan. 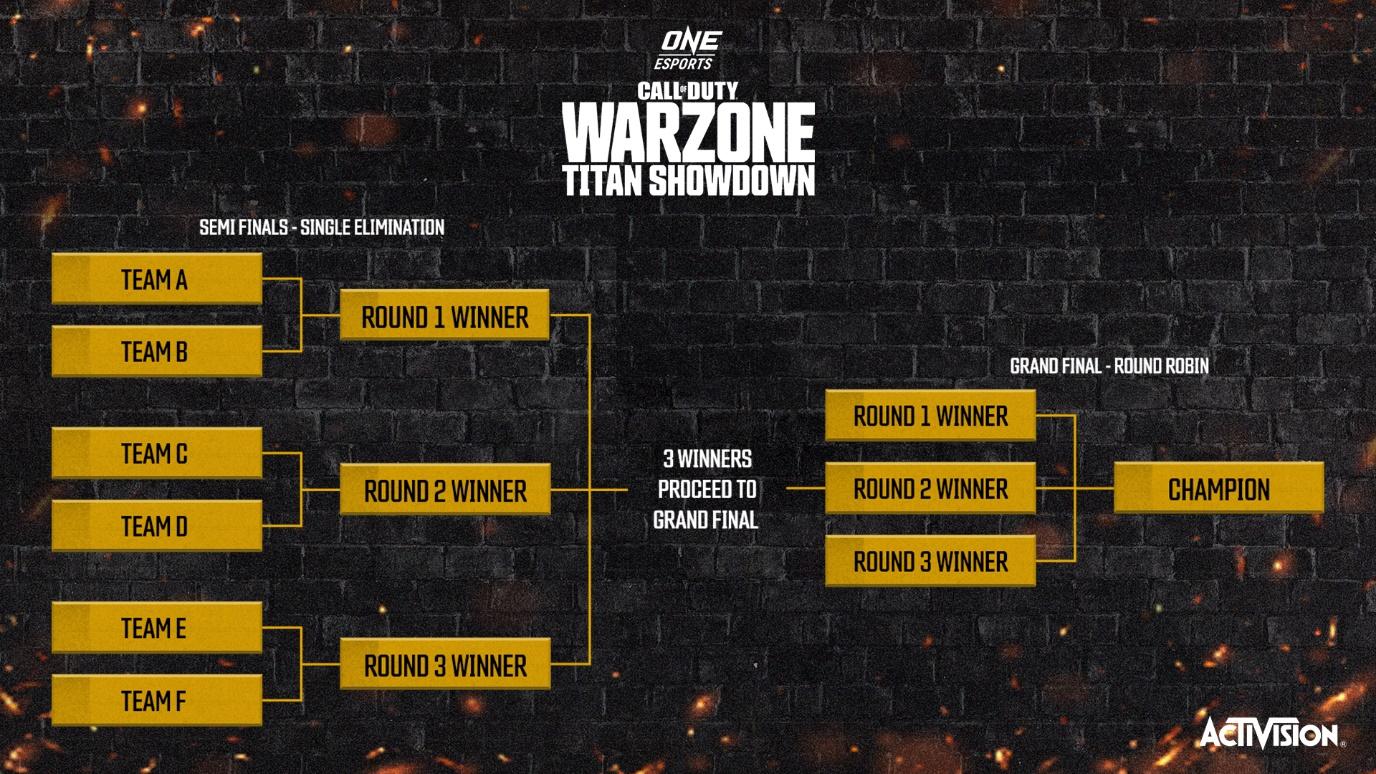 The tournament will commence with the Semi-Finals, after which the three teams that win their games will proceed to face off in a Round Robin format in the Grand Final. Each team will compete with the two other teams, with the winner determined by the most wins accumulated. In the case of a tiebreaker, the winner will be determined by the most total points accumulated in the Grand Final.

Tune in to the ONE Esports Call of Duty: Warzone Titan Showdown live on ONE Esports’ Facebook, Twitch, Twitter, and YouTube channels. The six influencers will also be streaming their games on their own social channels.

For more details on the tournament, visit HERE.

For more details on the Armored Titan bundle, visit HERE.

For more details on the Levi Edition bundle, visit HERE.