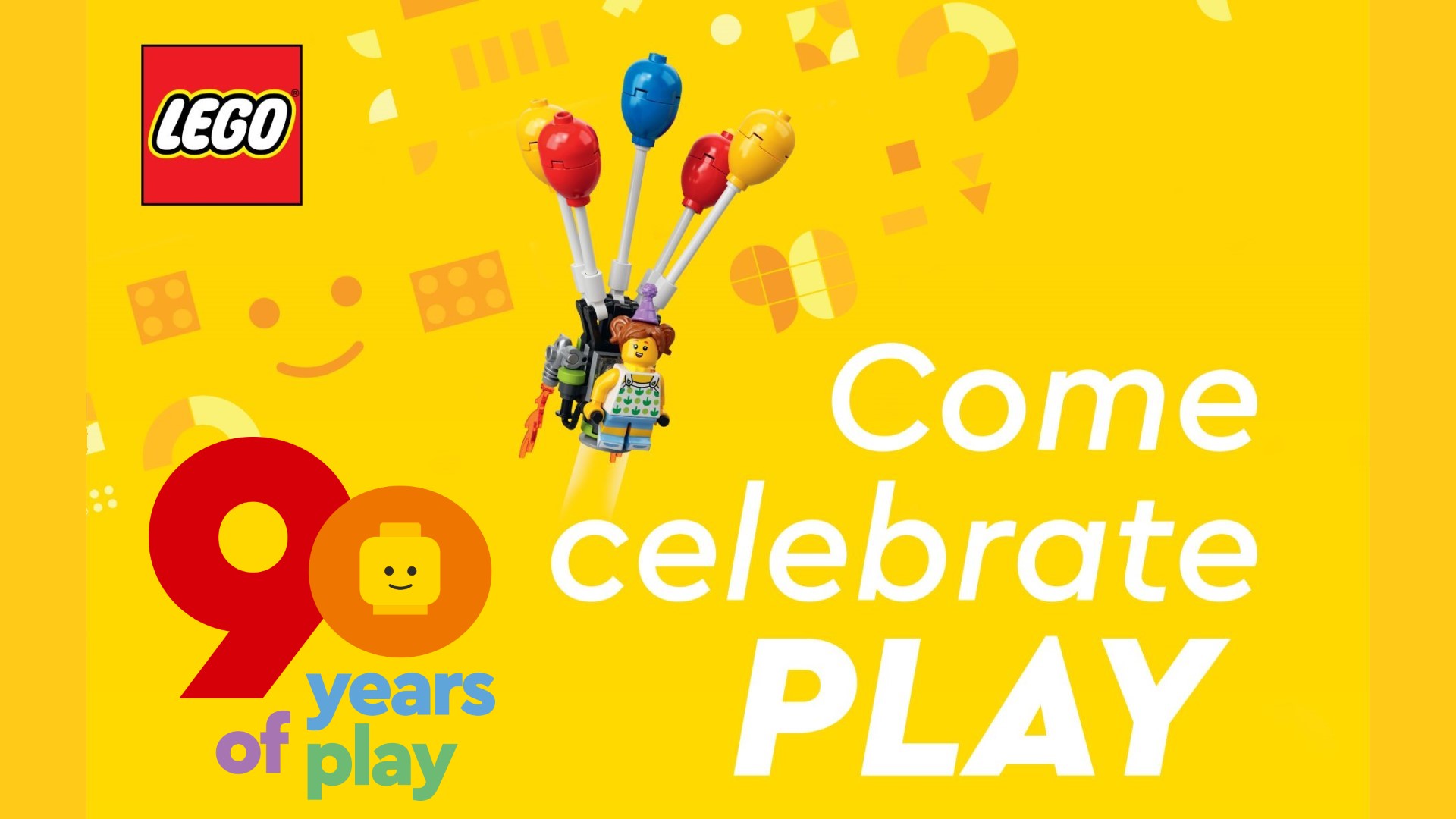 Ninety years ago, a Danish carpenter crafted a line of small wooden toys in his workshop in Billund, Denmark. His first collection had a modest 36 items that included cars, aeroplanes, and yoyos, all carefully crafted to help local children learn about the world.

What Ole Kirk Kristiansen couldn’t have known back in 1932, was that the LEGO Group would become one of the biggest toy companies in the world and inspire millions of children to play each year.

Twenty-six years later, the LEGO brick we know today was patented, with its interlocking tube system and endless creative building possibilities. Since then, our humble brick has been busy – it has formed the basis of over 18,000 LEGO products, received the Hollywood treatment in THE LEGO MOVIE, helped children learn about robotics and coding through LEGO MINDSTORMS, and inspired hours of playful digital adventures in over 180 LEGO video games.

Throughout time, Ole’s passion for fun and high-quality toys has endured as his legacy. But play is not just about having fun. It is also integral to childhood development, overall happiness and family wellbeing.

The Power of Play

For the 2022 LEGO Play Well Study, the company polled more than 55,000 parents and children in over 30 countries and found that almost all parents think children strengthen their creativity (93%), communication (92%), problem-solving skills (92%), and confidence (91%) while they play. Not only do they develop skills that help them thrive in a rapidly changing world, but almost all children also say playing as a family makes them happy (97%), helps them relax and takes their mind off school (95%), and is their favourite way to learn (67%).

Play isn’t just for kids; it’s a family affair too. According to 95% of parents, playing together makes the whole family happier, builds stronger family bonds and improves their well-being. Over 4 in 5 parents (85%) mentioned LEGO play specifically, saying that their families are happier when playing with LEGO bricks.

Family values have always been at the heart of the LEGO Group – to this day, LEGO is still owned by Ole’s family.

“When my great-grandfather founded the company 90 years ago, he only had a small workshop. But he had big ambitions to ensure as many children as possible could experience the benefits that play brings,”

Kids, adults and grandparents alike will love the 11021 LEGO Classic 90 Years of Play. Launched in celebration of the LEGO Group’s 90th Anniversary, this iconic 1,100-piece playset has something for everyone, from the 1932 Duck to the 2020 Pineapple Pencil Holder. With 15 mini build recreations and extra bricks for free building, families can have hours of fun and nostalgia. You can choose to recreate iconic LEGO models such as 1998’s Secret of the Sphinx, 2013’s LEGO NINJAGO Golden Dragon, or simply let your creativity and imagination run free!

In today’s technology-driven world, screen time among kids can be higher than ever. Keeping your children away from digital devices and screens may seem tough, but with LEGO play, even the most distracted of kids can be occupied for hours. To get you started, the LEGO Group has curated a list of sets to inspire you to spend quality family time. The relevance of these sets to our daily lives will bring a sense of familiarity and home to both our little builders and their parents.

Little builders who have a passion for play will be able to recreate the fun thrills of the outdoor pool with the 41720 LEGO FRIENDS Water Park and action-packed creative play with the 60320 LEGO City Fire Station.

The younger ones at home can enjoy 10974 LEGO DUPLO Wild Animals of Asia, while the 71775 LEGO NINJAGO Nya’s Samurai X MECH is perfect for fans looking to recreate action from the NINJAGO: Crystalized TV series. Those who prefer the arts over action are not to be left out either. With 41961 LEGO DOTS Designer Toolkit – Patterns, kids can assemble and create endless designs on the items to express themselves however they like. 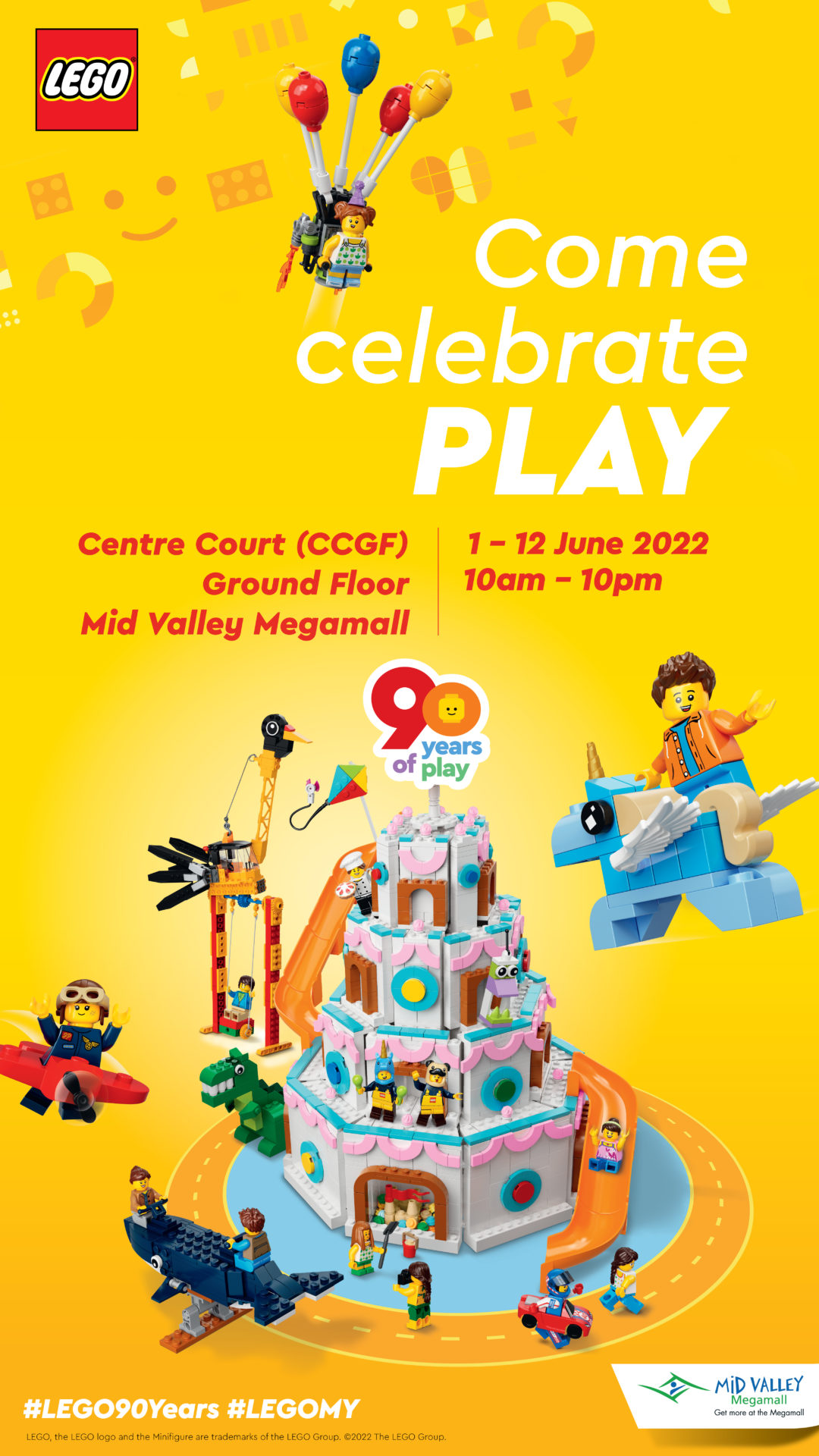 Celebrate at the LEGO Imagination Playground

As part of the LEGO Group’s 90th-anniversary celebrations, LEGO fans can look forward to a physical installation at the ground floor of Centre Court, Mid Valley Megamall, from 1 to 12 June 2022. With various play-centric stations and activities for the public to engage with, LEGO Imagination Playground is a must-visit for both children and adults. For those down south, there will also be a second installation in Johor Bahru from 20 to 31 July 2022 at The Mall, Mid Valley Southkey.

Imagination Playground will showcase the endless potential of play and highlight why play matters in child development. Aside from fun activities such as the Cupcake Making Zone and Build & Race Zone, there are also stations that will transport visitors back in time as they revisit key milestones in the company’s history. One such station is The Memory Lane, which takes a look at the brand’s 90-year history as well as The Tiny Block Theory, which details the history of the iconic LEGO Minifigure. 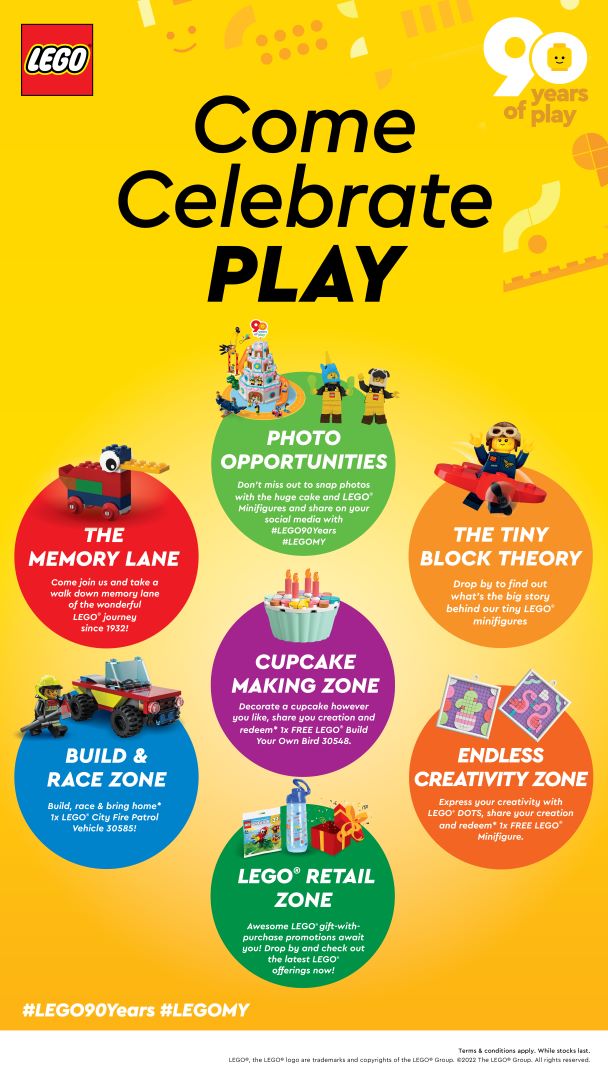 At the Endless Creativity Zone, LEGO fans can unleash their creativity and share their well wishes with LEGO DOTS bricks. Be it a LEGO build of a sushi platter or a designer handbag, the Imagination Playground immerses itself into its venue by showcasing unique builds from brands within Mid Valley Megamall at the Mall Tenants’ Creation Zone for all to see. For certain zones you can walk away with goodies by participating in the various activities. 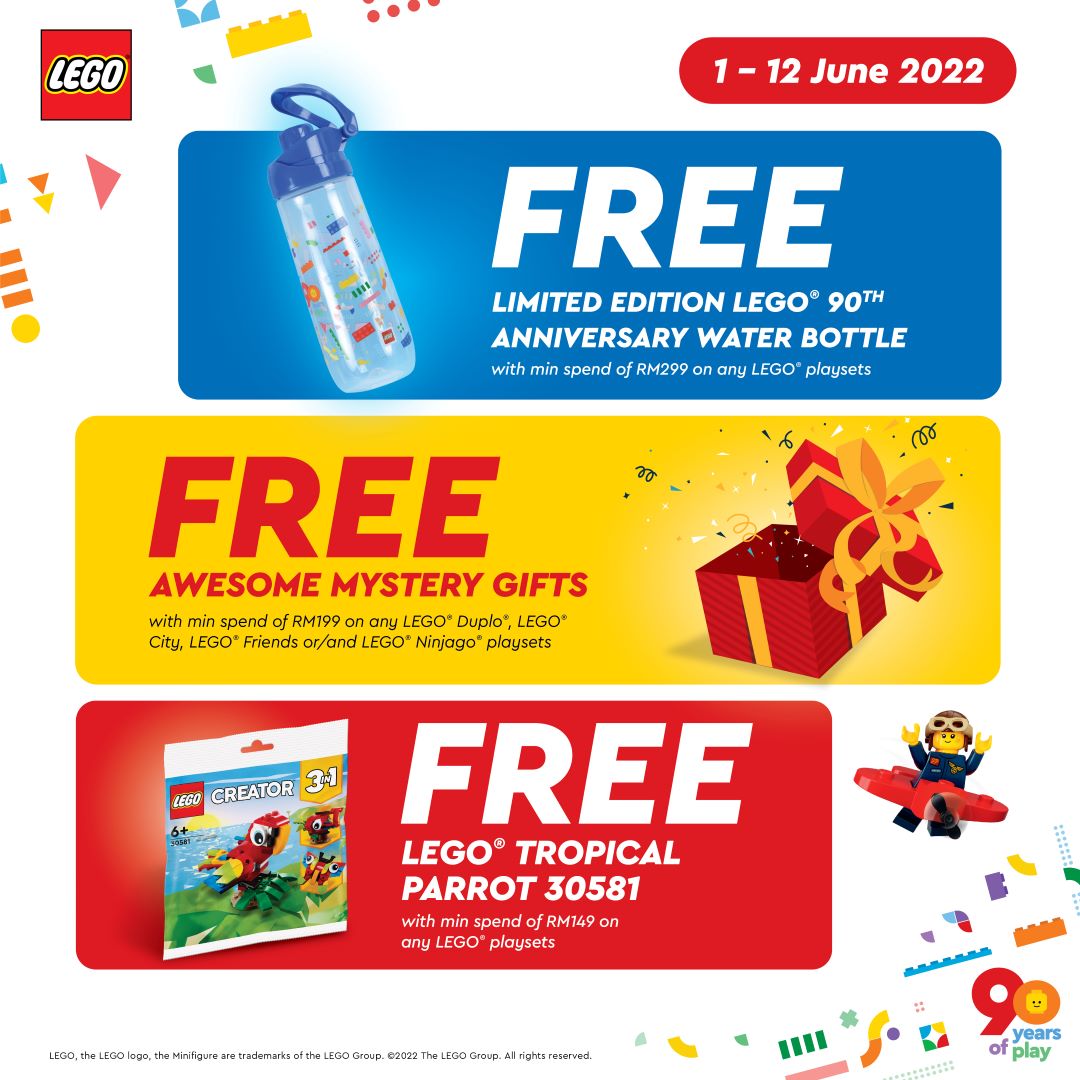 New LEGO Star Wars: The Skywalker Saga Video Shows Us The Dark Side of The Force